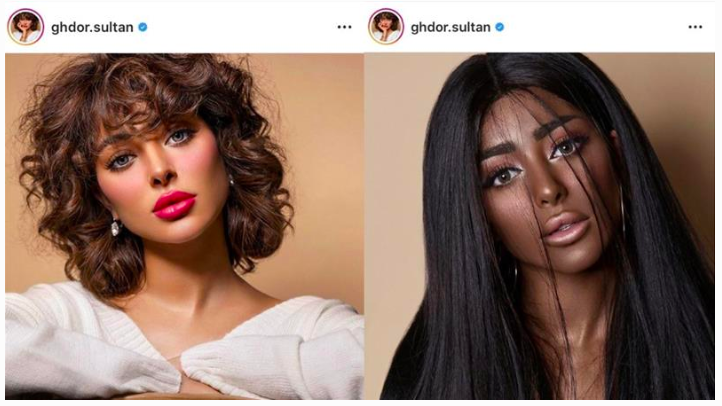 Critics accused her of racism after seeing a video and a picture of her painted in dark makeup. Ghadeer first posted a short video clip on her Instagram page along with the song “We Are the World playing in the background,” that showcased her different looks in a range of skin colors and wigs.

Then she posted a photo of herself in blackface that garnered more than 44,000 likes.

Ghadeer’s page, which has two million followers, was then overwhelmed with comments denouncing her for blackface while others argued that she had not done anything wrong.

One of the Instagram user, baraakdm wrote “You should know better than this. This is racist no matter how [you] put it.”

Another user wrote, “We don’t even get [accepted] for our own beauty. And WE ARE NOT A COSTUME! YOU CAN NOT GO AND TRY OUR FLAWLESS FEATURES on and think it is okay.”

However, in response, Ghadeer posted one more photo of herself in blackface, with a caption explaining that she is not a racist. And she wrote, “I hate racism. What I’ve done is only to show what I am capable of. I love you all.”

Although people got irked with explanation, and one of the user wrote, “CAPABLE OF?! Our skin is not a BEAUTY TREND or something that’s POPULAR FOR THE MOMENT!!!! Our black lives are being taken simply for the color of our skin and y’all care nothing about that!!!”

Other user usra_kim came to explain Gadheer why blackface is racist. And wrote, “Blackface makeup was done to make fun of people who have black skin. That’s why [it’s] not acceptable and consider[ed] racist … Colouring your skin doesn’t show any of your skills just how ignorant you are.”

Another user said, “It’s not for you to decide whether something is deemed racist to a group of people you are not a part of.”

Not just that, in fact, the heated debate was discussed on Twitter as well.

5 African Style Dresses to Add to Your Wardrobe Right Now