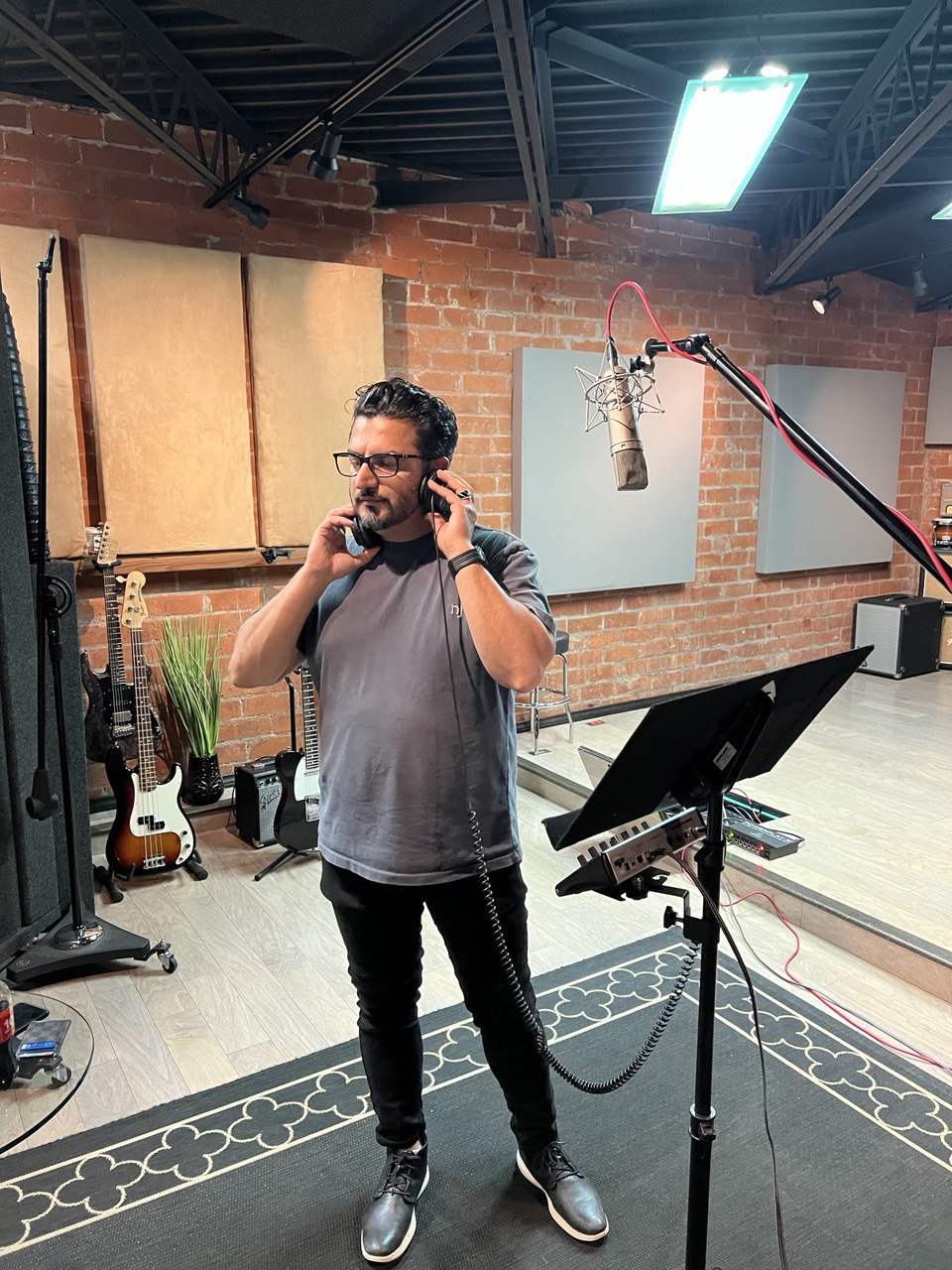 Keyvan Din or Keyvan is actively working on many recent music production projects mostly in Persian or Iranian pop music area. He is about to wrap up over dozen of fresh and up to date songs. Majority of Keyvan’s songs have been composed and produced by using high level and meaningful selection of lyrics and this is due to Keyvan’s high level of expectation and sensitivity in selecting lyrics that are typically from poets that not necessarily local but from all around the globe.

Keyvan has released and composed many songs in relation to his cultural belief and tradition. His classical music background and music education had directed him to come up with number of ideas in putting the melody’s together or composing new songs that can shine in his music portfolio from day one and many more to come in the early future.

Keyvan only sings the song that he loves to perform, first for himself, and then for his listeners. He strongly believes that a successful singer or musician or artists must work on art projects that are purely and completely coming from the artists creativity and own ideas and not necessarily following the market demands. Artistic and creative projects might get settled in a longer time; however, once it gets the listeners attention, it can last forever. Commercial songs or art works might become very high demand at the beginning of the release of the songs or project; however, majority of these types of projects will not last that long and will get lost.

Commercial songs are normally being generated based on the market demands and they are not produced and prepared based on the artists creativity. Keyvan’s goals are to produce his favorite songs and his purpose is to present his talents and creativities to his listeners and let them to take it to the next level if the songs have the capacity to become a hit song or not.

In conversation with a few well known and well-experienced artists, almost all of them agreed on not following the market demand and they also believe that songs that are produced per market demand or in other words, commercial songs are not going to be a long-lasting song.

Keyvan’s music production company which is called Ava & Melody Production, LLC. has a set goal to release quality songs that can create memories for the listener and the main elements of it would be good lyrics, creative melody, professional and up to date or solid arrangement and a good distribution within the music industry.