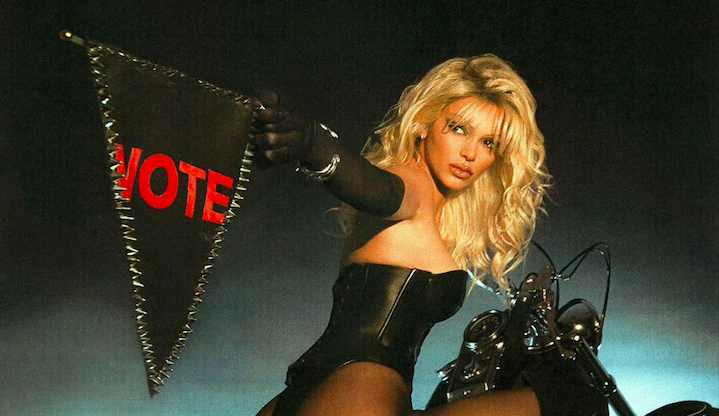 Kendall Jenner celebrated her 25th birthday at a Halloween-themed party on Saturday night. The supermodel, who turns 25 on Tuesday, hosted the party at Harriet’s Rooftop atop 1 Hotel in West Hollywood, with celebs like, The Weeknd, Justin Bieber, Paris Hilton and Doja Cat on the guest list.

According to ET everyone entering the venue – both employees and guests had to have a rapid COVID-19 test with a negative result on site before going upstairs to the party.

“don’t call me babe” happy halloween! GO VOTE!!! me as Pamela Anderson in Barb Wire 📸 by my angel @amberasaly

The stars went all out with their costumes — Kendall got Pamela Anderson’s stamp of approval on her Barb Wire get-up, while The Weeknd spent six hours getting into his Nutty Professor costume — but some fans were not impressed.

Kendall’s party arrives soon after Kim hosted her birthday bash. The mom of four flew her family and closest friends to a private island to celebrate her 40th birthday last month.

Kim Kardashian West also received backlash for the party — which included 20 to 25 guests; as fans found the social media posts insensitive to those suffering right now amid the pandemic.

Ellarose Kaylor – Actress, Singer, Dancer and Ice Skater… always taking it to the Next Level at just 10!

Volkswagen R has appointed Sara Sigmundsdottir as its Brand Ambassador