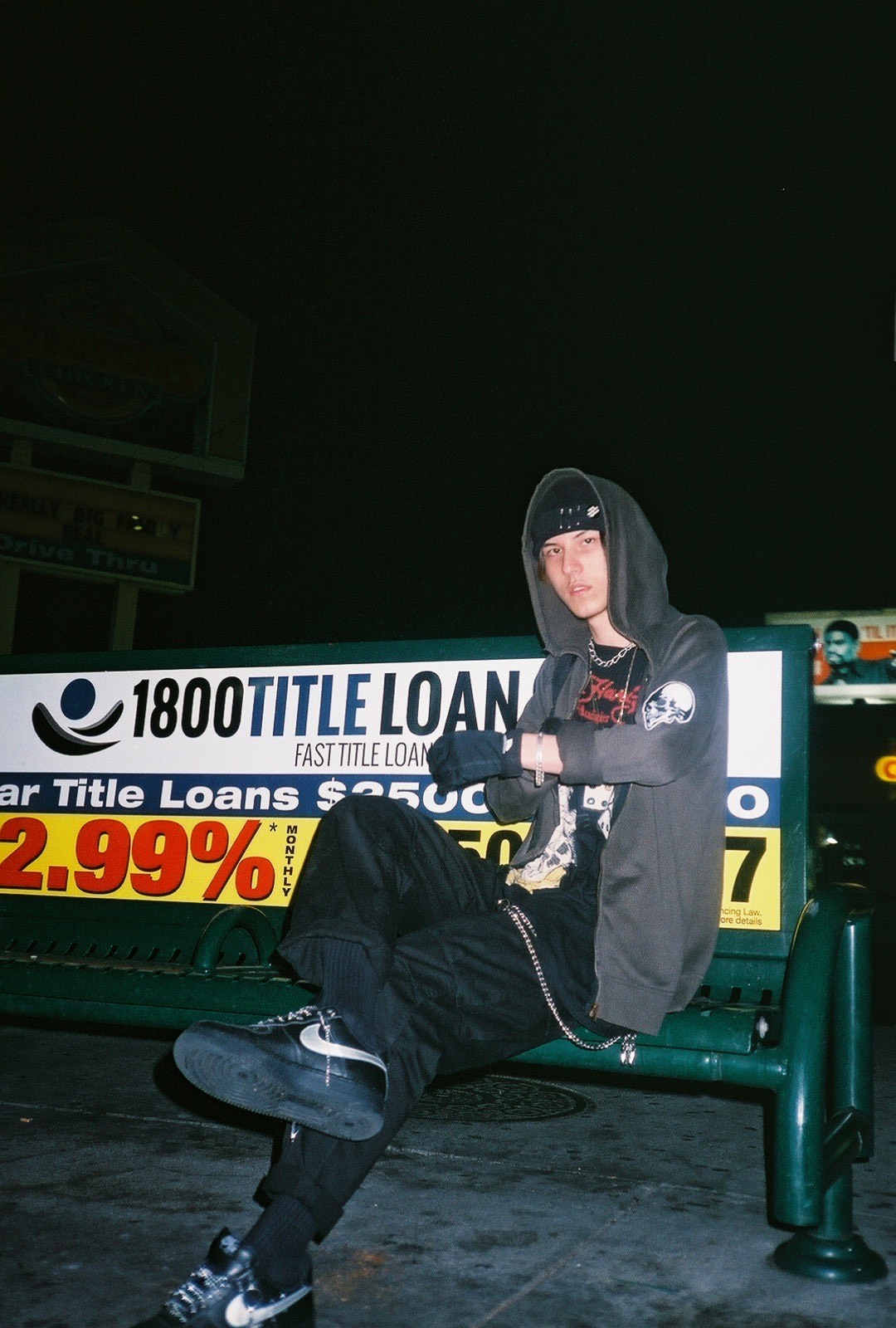 In a previous Interview, Keagan Hoffman, creator of the “Chained” Nike Air Force 1, and owner of brand “Soviet Angels” shared with us his experiences growing up in Japan. Now after moving to LA, he tells us what it was like growing up in the city of angels.

HEY KEAGAN HOFFMAN! THANKS FOR TAKING THE TIME TO CHAT WITH US! WHAT IS DIFFERENT FROM GROWING UP IN LA VERSUS TOKYO?
First off, the people are very different. In the U.S obviously some of the common greetings may not apply, such as bowing down to people when you say goodbye or greet someone. It took me a while to get used to that! School life was very different too. In Japan everybody wears uniforms and in the U.S. most schools do not. You’re allowed to freely express yourself here even at a young age. LA culture is also very different from other American cities as well I noticed after traveling a bit.

Tokyo is more of a business city where people work all day and there aren’t as many opportunities to create your own living since many structures are already organized in the society. In LA, people can be self-made and climb up the ladders of “status” unlike in Tokyo once you’re on the bottom it’s very hard to go up the pyramid and get your own wealth and success.

HOW IS FASHION IN LA?
It seems that many people in LA wear what’s based on trends, however there are some people that wear their own unique clothes. It’s hard for me to fall into trends because I know what it is like having to wear what you’re told and not what you want so now that I can wear and create what I want, I take as much advantage of that as possible.

I would say fashion in LA could have a lot of varieties but of course the ones that are trending would be more common, and that’s not just LA. It seems like it’s universal everywhere in the US to follow trends.

WHAT IS IT LIKE TO GROW UP IN LA?
Growing up in LA always felt like home. My father lived here so I would visit him coming from Japan. He lived in Santa Monica so I always thought of Santa Monica as my second home. Going to middle school here in Santa Monica I remember it being so beautiful and sunny. As I got older and went to high school in Santa Monica, I noticed it was different from most schools in the U.S because sometimes people like Kanye West would come and perform or Bernie Sanders would give a speech for his campaign.

HOW DID LA HELP MAKE YOU WHO YOU ARE TODAY?
In this city, I was able to see more of what’s fake and artificial. Here, many things here are “fake it till you make it”. Which means a lot of people will play a character to get validation from others. To me, that’s one negative side of the LA “culture”.

However there are a lot of opportunities here as well.
Once I went into a Celine store just to buy a belt and one of the workers there asked if I was interested in modeling. Fast forward some time and he ended up getting pictures of me and I went to a Celine modeling casting. I would assume those types of situations are more common in the LA area then other places in the U.S or world.

WHAT OBSTACLES ARE IN LA GROWING UP VERSUS OTHER COUNTRIES?
In Los Angeles, one big obstacle I faced is the fear of getting close to people without it biting you back later. A lot of people’s intention in LA could be to gain something for themselves. I noticed that I have been more reserved with myself here. For good and bad. In LA the social media presence makes you popular, not your real life actions.

Many things are based on materialism and these false glories. To keep myself in tune I study Buddhism and always meditate every night and count my blessings. Being here actually has helped me learn that materialism is nothing to me and what’s important to me is my mindset.

What to Consider When Buying Male Sneakers?