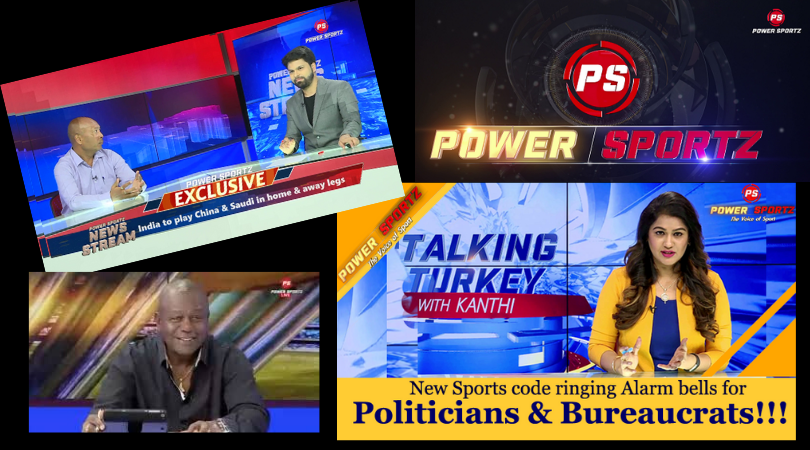 If insiders to be believed, then according to the latest buzz Kanthi D Suresh is not satisfied with Power Sports. It is something shocking to all of us, because the channel is just a year and a half old and doing a really great job. Also, Kanthi D Suresh is not the person to reach to the conclusion so early.

I still remember the day when Power Sportz was launched. As if everything happened just yesterday – the launch amidst a jam-packed hall graced by eminent dignitaries from across the country at the Plenary Hall of Vigyan Bhawan in May 2018 is still fresh in our minds.

Everything, from Power Sportz team marching through the hall carrying the flag of Power Sportz to the lighting of torch just like the Olympic torch being lit in the cauldron….. Looks as if it was just yesterday.

However, there is a buzz that the Editor-in-Chief and Co-Owner of Power Sportz, Kanthi D Suresh is working overtime. But it’s not because she is not satisfied with Power Sportz, it is because she is coming up with one more channel. And the new channel will be fully dedicated to POLITICAL NEWS.

According to source, the new channel will be named as “POWER NEWS”!

If the news is true, then imagine the situation of people who are going to be exposed via ‘POWER NEWS’. We all know Kanthi D Suresh doesn’t follow regularity. None of her channel is set for simple news that’s on the surface. The lady is known for her amazing skills to dig down the surface and get the reality out to the public.

Confirmed sources told us that Kanthi D Suresh is working really hard, not because she is not satisfied with Power Sportz, but because she wants to launch Power News on the decided time and date! However, date of launch has not yet been disclosed to us.

Omicron XBB variant may bring another Covid wave: WHO

Digital.com Survey Finds 32% of People Quit Their Jobs During the Pandemic to Start a…

Digital Wallet – Everything to Know About