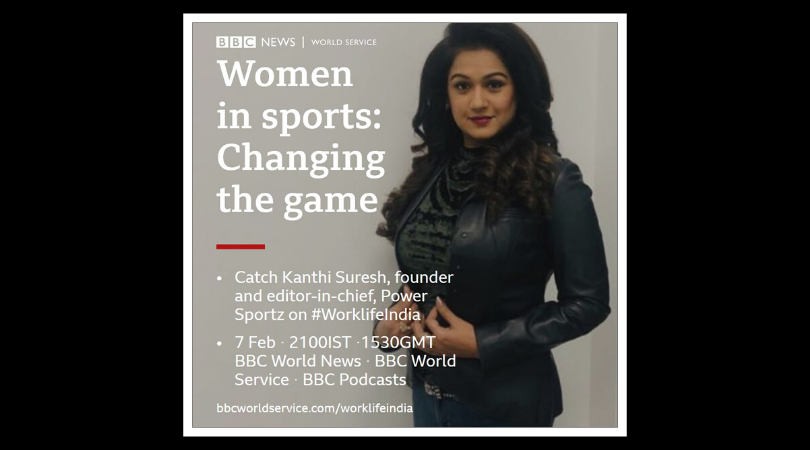 Tonight is going to be a big night! Catch Kanthi D Suresh, the Editor-in-Chief, Power Sportz on BBC #WorkLifeIndia.

BBC (British Broadcasting Corporation), the world’s oldest national broadcaster, and the largest broadcaster in the world by the number of its employees is going to broadcast Ms. Kanthi D Suresh on BBC World Service, simultaneously on satellite, radio and digital stream.

Kanthi is known not only for starting India’s first Digital Sports Channel, but also for being the first woman to do so. Interestingly, when the biggest sports event of USA, the Super bowl, had its first women team owners this year, Kanthi has already done so in 2018 by founding a Sports channel.

BBC is the oldest and the largest International News Platform. It is a privilege for anybody to be invited on the platform. Kanthi D Suresh has all good reasons to be recognized on International platforms as well as she could be the first woman in the world to be heading a sports channel which has traditionally and historically been a male bastion.

Kanthi is famously known for changing the game in sports, and once again she will prove her mettle. It will be interesting to see her on some other channel, especially on the Power House of media BBC!

The show is going to be telecasted at 9:00 PM just 30 minutes after Talking Turkey Show tonight, which begins at 8 pm.