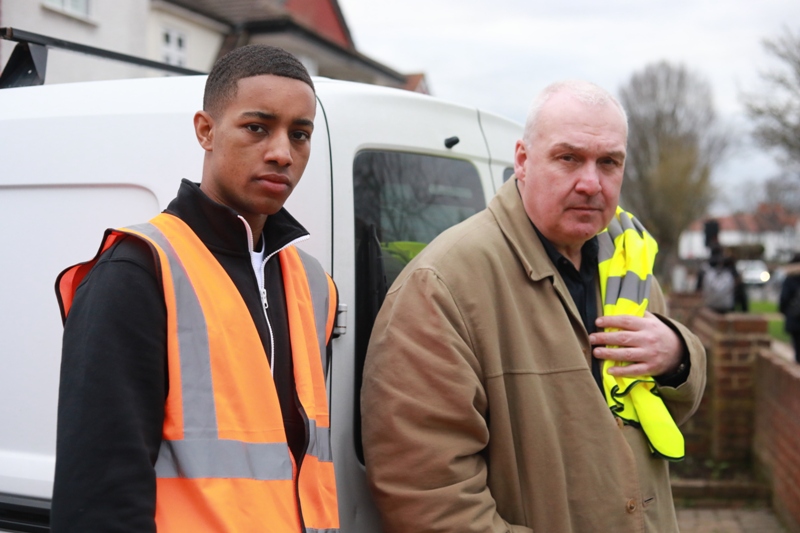 ‘Remember Us’ follows the story of a black teenager named Lucas, played by Feisal Bizimana, who is sentenced to community service and must deliver food parcels to the local neighbourhood, where he then meets elderly widowed man, Mr Miller, played by Rob Trend, who is suffering from dementia.

The storyline of ‘Remember Us’ was stemmed by Kaitlyn Boxall’s aspiration to deliver a unique approach towards dementia as part of a new British drama.

The screenplay was written by Alexander Butter and is directed/produced by Kaitlyn Lorraine Boxall, who made her first breakthrough into the film industry after the success of her independent drama; ‘Behind Closed Doors’ (2021), tackling domestic abuse as well as coercive control.

Kaitlyn Boxall has spoken briefly about the on-set experience of the film, “Working on ‘Remember Us’ has been a very different experience to working on my last film, ‘Behind Closed Doors’. Of course, because it’s obviously two different topics but mainly because it been a much bigger crew and cast involved, a longer script, more set changes and costume changes.” Kaitlyn elaborated, re-calling the long process of the highly anticipated Feature Film.

“This would be my first official Feature Film I have done. For the previous years, I have produced short films, which have been my way of pursuing a learning curb, where I was able to distinguish my vision and style. I never actually thought I would get to the stage where I could say, ‘I am doing a Feature Film!’ I mean…wow!”

It is unclear when ‘Remember Us’ will be released but a film trailer is currently underway.

CRM Software and the Roofing Industry: What’s in Store?