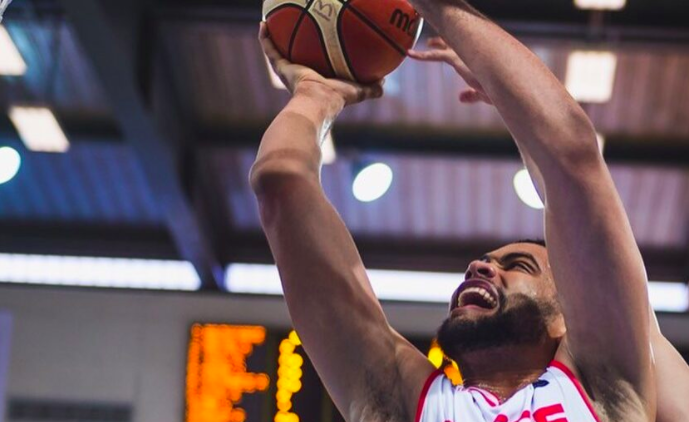 Being a youngster Olaniyi leaves no stone unturned to become one of the greats in the world of basketball.

The world has seen so many people from different business industries as well as from the world of sports who have come forward and proved people why they deserve recognition and respect. They have proved their talents in a way that has made them young inspiring examples of the world, teaching many other youngsters through their journey and motivating them in ways more than one. The world of basketball may have seen many new talents, but when we came across a gifted power forward/center player from Switzerland, we were sure that he is going to take the world of basketball by storm and give other players a run for their money; he is Kaanu Olaniyi.

Hailing from Riddes, Switzerland, and born on March 27, 1998, Kaanu Nelson Olaniyi, has caught the attention of many throughout his career in basketball, which he considers his true passion and love of his life. While many others kids were still at crossroads to decide upon what stream to choose to make their career, Olaniyi on the other hand at the naive age of 16, moved ahead of many with his athletic skills and his determination to make a massive name for himself as a pro basketball player.

His skills as a basketball player have taken not only his team BC Boncourt ahead in popularity for which he plays since 2018, but his country’s name forward as well, making it known as a place that breeds some of the most extraordinary talents in basketball. He is one of the greatest players today in the Swiss Basketball League, where he has played for different teams and achieved innumerable feats as a pro player.

Starting his career at 16, he played for Chalon U21 in the FRA-1 U21, after he moved to France for getting trained in the youth movement of the first division club ES Chalon. He played for three seasons from 14/15 to 16/17. Being a player at Chalon U21, he even recorded the career high of 11 points in 2017. His skills and efforts as a player made them win the game against Digon and in the same game; Olaniyi had 2 rebounds, 2 assists and 1 block. During the transfer of 17/18, he joined BC Boncourt Red Team and since then has never looked back.

In the first season itself with the club, Olaniyi scored a career high 15 efficiency rating. However, his team faced a home loss against Fribourg. Over the years, Olaniyi played exceptional games beating many opponents in SBL and joined Union Neuchatel in the 18/19 season. And, for the game year 18/19, he joined BC Boncourt Red Team.

Although Olaniyi has made a special place for himself as a 22-year-old professional basketball player, the attention he grabbed from NBA was bound to happen for his consistent efforts to grow as a player and his success rate so far in the games; this has resulted in him making NBA Draft 2020 and we won’t be surprised if one day he dominates the world as a leading basketball player.