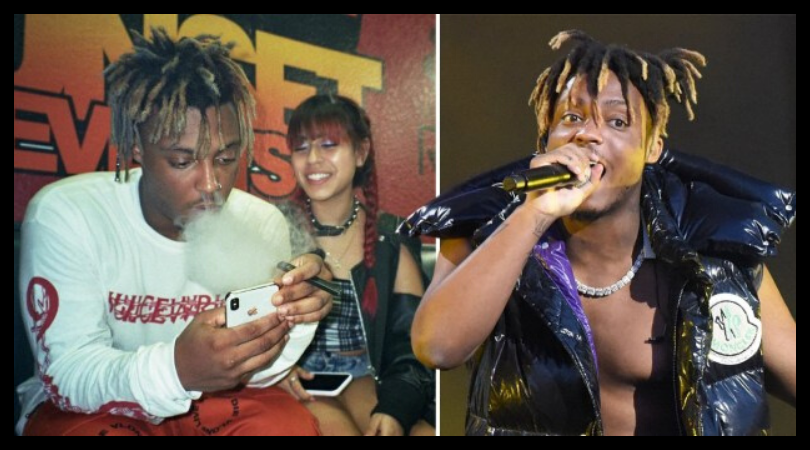 The Rapper died on Sunday just a days after celebrating his 21st birthday. He died after suffering a seizure at Chicago’s Midway airport.

After his death, his ex-girlfriend Alexia has allegedly opened up about the musician’s heavy drug habit and how he turned violent when he went through withdrawal.

Alexia and Juice met Juice in early 2018 and on the October of the same year they went onto to split. Alexia told that the rapper turned to self-medicating as he was battling with mental health and that he would often mix Percocet – a prescription drug that is a combination of the opioid oxycodone with acetaminophen – along with a drink named lean – and mix it with a soft drink.

Alexia also said that many a times she begged rapper to get clean. Also, she said that he used to have up to three 30mg dosed painkillers at a time along with the lean drink.

In a statement she said, “We started to get physical with each other and then he would just relapse because he couldn’t deal with how much it hurt. His body was in pain.”

Further she added, “He didn’t want to be on drugs anymore when he died. That’s the heartbreaking part. He was a drug addict with no one to tell him no and if he was told no, like by me or Ally [his current girlfriend], he would just do it behind our backs.”

All this came after Juice Wrld died on Sunday when his private jet touched down at Chicago’s Midway Airport and it was allegedly taxied to the Atlantic Aviation hangar so that police could search for illegal guns and drugs on board.

According to report, the pilot on the jet raised the alarm after he noticed weapons being carried onto the flight from Los Angeles, and FAA and FBI agents were also waiting on the ground when the plane landed.

Amidst all this, Jarad swallowed “a number of Percocet painkillers.”

His ex-girlfriend also claimed that he became violent when trying to get clean.