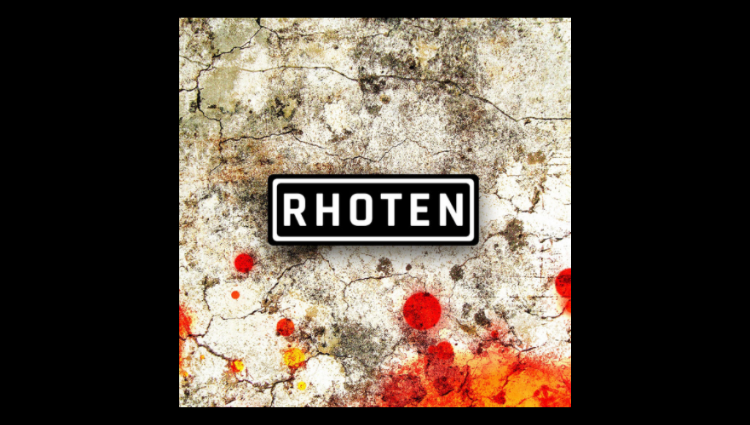 Rock artist, Jon Rhoten, releases his first album, ‘Rhoten.’ The 4-track album is created entirely by him. The artist undertook everything from production to mixing at his own Rhoten Studio. The album ‘Rhoten’ is a pure blend of psychedelic, Brit-rock, post-punk, and alternative, with groovy bass, guitar, raw drums, and keys’ ingenious sounds.

The album opens up with ‘Undone,’ a very striking track with a bit of military march beat and complex chord streaming that highlights time’s eternity and its restriction on our lives. Another song in the album is ‘Sing My Song,’ quite an enchanting track based on acoustic guitar. This track delivers a unique message in particular – perseverance through challenges; that speaks greatly of Rhoten’s personal story of his first performance and the fear of messing up.

The next song, ‘Pathetic,’ delivers rock angle and highlights purely ‘what goes around comes around.’ You’ll fall in love with its zappy bass and thoughtful lyrics. And yes, not to miss the electric guitar solo in the second half of this track is marvelous!

The album closes with ‘The Space That Binds,’ which is a tribute to Job Rhoten’s psychedelic use days. It’s an electrifying mix of keys, guitars, and a hushed vocal tone, making for a great conclusion to this album. Overall, Rhoten is an impressive and very listenable album featuring Rhoten’s incomparable blend of different styles.

Jon Rhoten created this album keeping his fans in mind, as he wanted to create something that his fans would like. Speaking about the album, he said, “I hope the listener feels my intimacy and hears how I try and keep the vocals raw and expressive.”

Jon Rhoten, the founder of Rhoten Studio, is a rock artist, audio engineer, producer, and songwriter. He has been refining his craft since the age of 15. He was heavily influenced by both indie alternative music and British Rock and was later inspired by guitarist Billy Duffy of the Cult. Jon was always passionate about bands; he started playing the guitar at a very tender age. The artist is famous for quality production, mixing & mastering. The prolific 4-track album ‘Rhoten’ is his debut album.