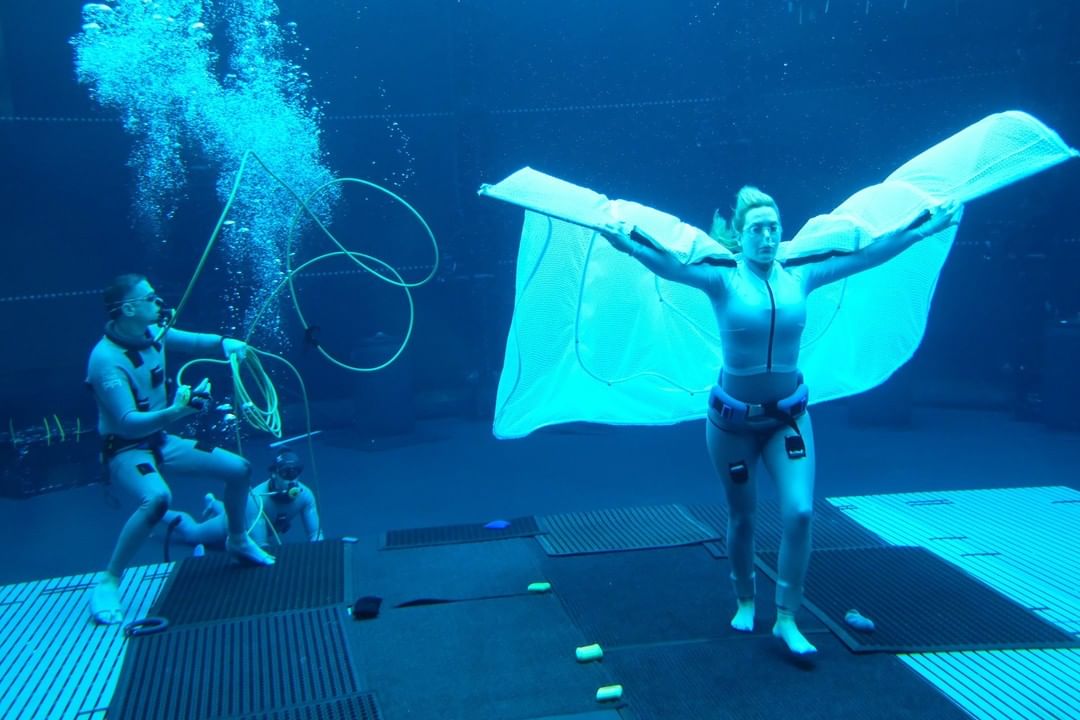 The producer of the film, Jon Landau, took to his Instagram handle and shared a glimpse of Kate Winslet’s underwater shoot where the actress can be seen performing an underwater scene for her upcoming movie, Avatar2.

In the photograph, Kate Winslet is dressed in a swimsuit and can be seen wearing weights around her waist in order to stay at the bottom of a water tank that has specially made for the filming of Avatar. The actress is also seen wearing a nose clip to help hold her breath underwater and is seen flashing giant wings across the length of her arms.

The first “Avatar” film was a big success upon release in 2009, becoming the highest-grossing blockbuster of all time. Its global record was broken last year by “Avengers: Endgame”.