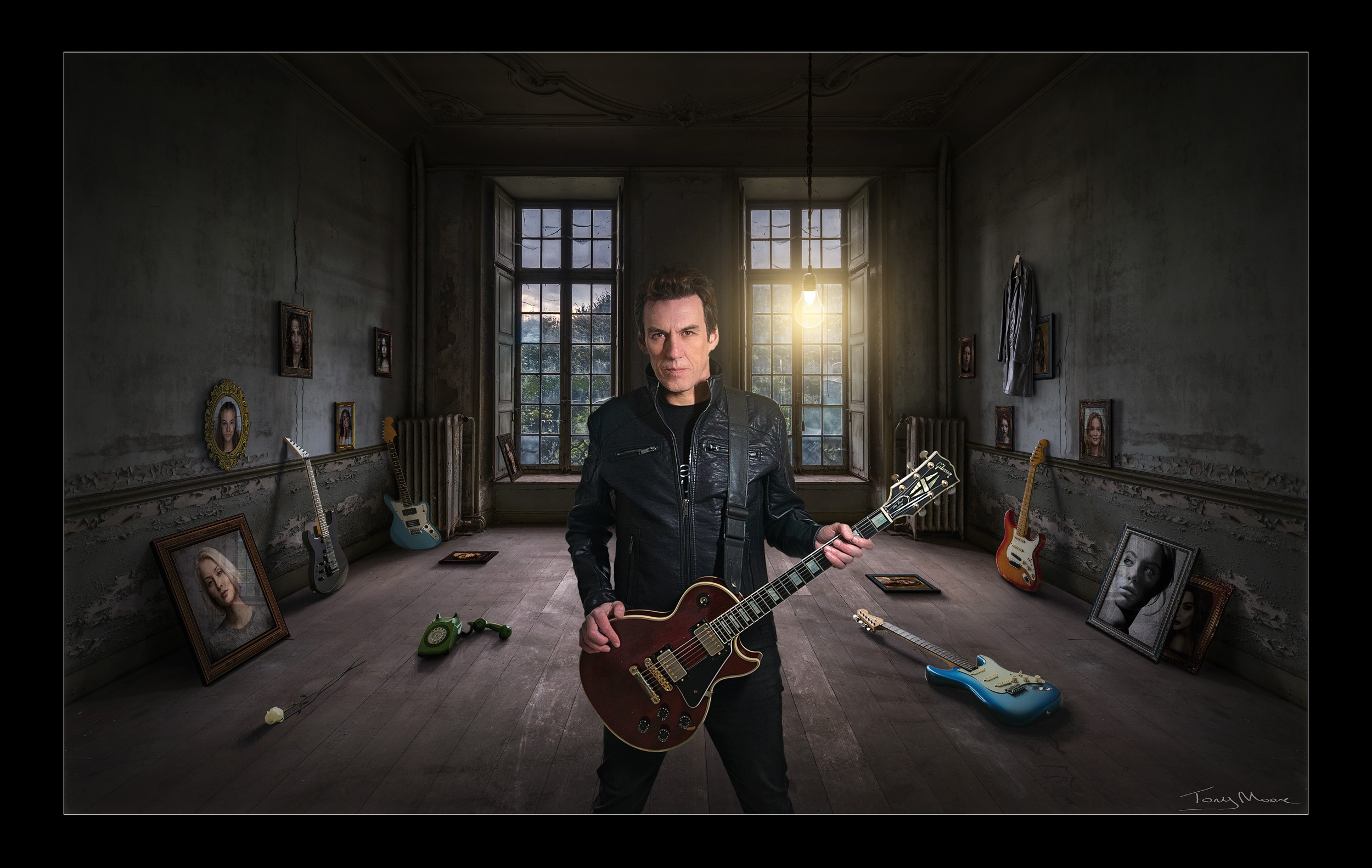 While Northern Irish guitarist Joe Hodgson is a highly accomplished student of the bluesy hard rock he grew up on, it’s his ability to transcend the genre and use his instrument to paint pictures and tell stories that makes him such a vital and compelling artist. I caught up with him to find out about his latest release, ‘Apparitions’, and to find out about the inspiration and influences behind his music.

Could you tell us about your latest music venture?
Well, I’ve just released my debut solo album, ’Apparitions’, which is comprised of 15 self-penned instrumentals. I began working on it when I returned to Ireland to nurse my Mum after she was diagnosed with Motor Neurone Disease. It was almost a coping mechanism to deal with the pain of seeing her life slip away before my eyes. She was always my biggest supporter and fan, and she always encouraged me to play music and never to give it up. The title of the album came from her favourite poem, ‘Apparitions’, by W.B. Yeats, and coming at what was a crossroads in my life, it became a very introspective and reflective body of work. I was thinking a lot about the past and realizing it was time to leave a lot of it behind and look to the future. From a stylistic point of view, I wanted to mix it up a little more than I’d done in the past, where most of my recordings had been purely rock stuff. This time I wanted to explore everything that had ever influenced me, so you’ll hear elements of the blues, jazz, funk, and Latin music in various tracks throughout the album. It was also the first album I’d produced solely by myself, so all in all it was quite a big undertaking, but one which gave me immense satisfaction to do.

What are some of your most crucial artist influences?
Well, Rory Gallagher was the person that made me wanna play the guitar. I was lucky enough to see him play live and he was just mesmeric. As well as being a brilliant guitar player, he was also the ultimate showman. Growing up, I was heavily into Led Zeppelin, and to this day they’re still my favourite band. I used to listen to a lot of American guitar players too, and I was a big fan of people like Randy Rhoads, Neil Schon and of course Eddie Van Halen. But my ultimate hero and biggest influence was Gary Moore. He is by far my favourite guitar ever and, in my humble opinion, the greatest of all time. He was a complete master of every style and, and you would hear all these different styles seep through into his playing. But I love all sorts of music, and I’m a huge fan of really melodic bands like ELO and The Eagles. I also love lots of soul and Motown stuff. It’s all crucial, and it all influences me in different ways.

What particularly inspired you to write the Apparitions album? Is it a concept album, or is each track about something different in the writing aspect?
My desire to finally get down on record what I’d been hearing in my head for years was the prime motivation. Then, of course, the circumstances surrounding my mother’s illness and death affected my writing and influenced me hugely. I wanted to pay homage to her and all she’d done for me. I think because of that, there’s a real intensity to the music, lots of contrasting moods, and a lot of light and shade throughout. It’s conceptual in many ways in that a lot of my thinking was about how nothing ever stays the same, and how everything either changes or decays. And of course, the reality that you gotta somehow keep looking forward. But it’s not a gloomy album, there are many uplifting and fun moments. I think I’ve struck a good balance. Each track reflects an experience in my life up until now, and although there are no vocals on the album, there is a personal story behind every song. But you know something, I’d rather people just listen to the songs and get whatever they get from it all themselves. That’s the great thing about instrumental music, you can let it take you wherever you want it to.

How has been the reaction to the album so far?
I’ve had a really great reaction so far, with lots of really great reviews and comments from people in general. I think people can feel the emotion in the playing, and even if it’s not quite their bag, they know it’s genuine music and it comes from the heart. I think what surprises many people is the variety in the tracks. There is a whole melting pot of soundscapes going on, and it does keep listeners on their toes.

Where can people find your album?
It’s available to download on all the major platforms, and cd copies are available directly from my website: www.joehodgsonmusic.com

There’s also a documentary out there at the moment called “Who The **** Is Joe Hodgson?”, which charts the highs and lows of my music career up until now. If you wanna see what I’m about, give this 35 minutes of your time 😉

Crypto or Stocks: Which Is Better for Investing?