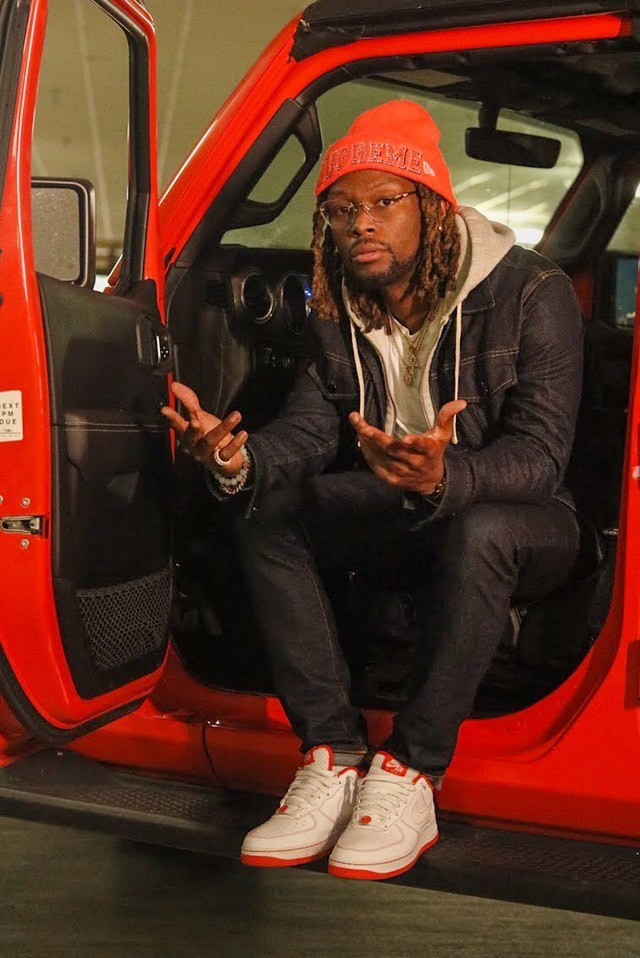 Jiggy Germ is popular for making spectacular music videos. This time he is astounding the world by making a tribute music video for the great artists DMX who we recently lost. Hence the name of the song is “DMX”. Jiggy created a simple but elegant in-style video to honor DMX. The song has already got much attention and highly positive feedback from the fans of both Jiggy Germ and DMX.

The video was directed and edited by Soze Cinema in Los Angeles. The facts of beautiful lyrics and effective sound deliverance made the song outstanding as usual. Although it was the first for Jiggy to create a tribute song, however by looking at the feedback it received, we can say it succeeded. The song is being played on many channels offline and online including Soundcloud and YouTube.

Jiggy Germ started his journey of music from his childhood. Born in New Jersey, he was always fond and skilled at creating lyrics and recording vocals. He started practicing his talent from an early age to become a skilled professional as soon as possible to carry his passion and show it to the world. Soon he became successful in winning the hearts of the New Jersey people. He did several shows, music videos, photoshoots, and open mic events, etc, and became a brand recognized in many cities.

Later Jiggy travels to various cities and states to gain experience and expand his brand name. He went to Los Angeles, Hawaii, worked hard with different musicians and studios and released a lot of successful songs. He shared that his goal is to become an international singer and make worldwide fans. With the speed with which he won the hearts of Hawaii music lovers, we believe that in no time he will win the hearts globally. The work of him in “DMX” is a full proof of it.

Not only “DMX”, but his other songs got very popular; all are available on musical websites including Deezer, YouTube, and Soundcloud. Some of his most popular hits are “I got the juice” featuring Mr. Chicken, “Full attention featuring Baby No Good, “Y.K.W.T.F.G.O” (EP), and “Lawd Jiggy” (another EP). You must be familiar with these EPs as they become very popular within two months. It changed the career of Jiggy. After successful songs, he got many invitations and signed with many big social media and foremost digital platforms. One of the reasons for his songs to become popular is the way they are represented in the music videos. To many fans, these videos are eye-catching and enjoyable to watch regarding the lyrics of the song.

Every musician in the industry shared the names of some inspirational personalities whom they followed. Just like that our Jiggy also has some singing celebrities who inspire him the most, for example, Snoop Dog, Jay Z, Dipset, The Lox, The Hot Boys, Fabulous, and many more. The way Jiggy is getting fame day by day seems like soon he will be worldwide famous and successful like these celebs.

Items That You Can Upcycle at Home