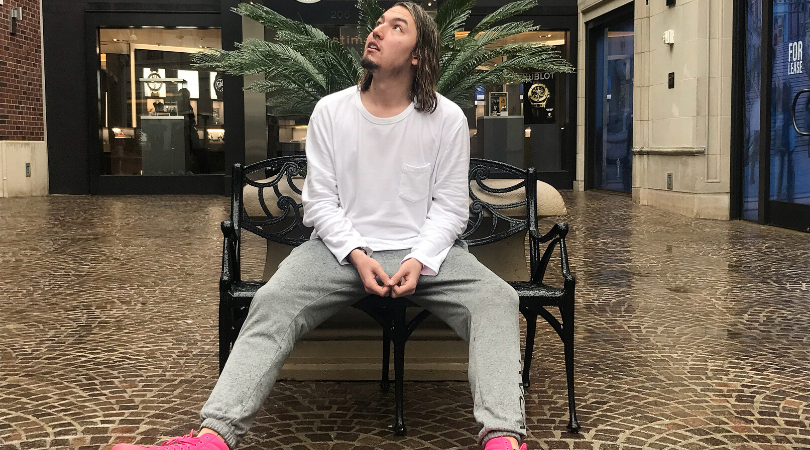 J.T. Hiskey shares 10 artists that you should go check out!

What’s up everyone! My name is J.T. Hiskey and here is 10 artists that I have been currently listening to and enjoying, and I hope you do the same. Here we go!

1. Water Taxi
Water Taxi is a very talented band based in Westminster, Maryland and they are some of my best friends. There music is super unique like no other and some of my favorite songs by them that they have released are Nail, Double Knot, Crooked, and so many others. You should defiantly check them out and give them a listen. I always have them on when I’m driving and I love it.

2. GT Ritz
I have a lot to say about this one. GT Ritz is an artist from Lehi, Utah who has a sound like no one else. His real name is Garrett and he is one of my best friends. My favorite track from him at the moment is Breaking Bandz and it is honestly super dope! He has such a bright future ahead of him, and I honestly cannot wait to see where he goes next with his talents. Not only does GT Ritz rap, but he also produces his own beats. Very talented guy and he is deserving of a listen!

3. Kosha Dillz
Kosha Dillz is a very good friend of mine who is currently bouncing back and forth from Israel to LA, and non stops hustles on the daily basis doing shows, and rapping on the streets. Kosha means a lot to me because he has given me opportunities and has shown to me that anything is possible if you go out and get it. My favorite track by him at the moment is Schmoozin. It is such a banger and you will dig this track hard once you start listening to it, believe me. He is an amazing freestyler, and he deserves everything he gets. Met him on Warped Tour of 2018, and we have stayed connected ever since!

4. Dequan Young
Dequan Young is an R&B vocalist from my hometown Salt Lake City, Utah and he has always been one of my favorites. Dequan is a super amazing personality and has an amazing talent with singing. He recently did my birthday bash show on July 13th, and it was such a blast getting to jam out and see him do his thing. Please look him up and give him a listen. I love you Dequan!

5. Brogan Kelby
Brogan Kelby is a band from my hometown Salt Lake City, Utah and I have been following him since 2011. One of my most favorite songs by Brogan would have to be Rescue Me. I turn it on every day I swear. He has so much great music out there, and he has opened up for amazing bands such as Third Eye Blind, and Panic at the Disco. I am excited to see him again and to see what he puts out next!

6. Zara Larsson
You know I had to do this one…. Not only because we both have Lush Life tattoos, but I also just love her so much. Zara Larsson is a singer from Sweden who has been making waves since her major release of Never Forget You. I recently got to catch up with Zara again in September and she is still killing it! If you want to hear a female singer who can hit those high notes and has catchy songs, then she is for you. So good so good sooooo good!

7. Gluke
Gluke is one of my really good friends who is a DJ and produces tons of new music. His shows always have such a rad vibe to them, and he is one of the most talented people I know. His latest song Your Body is such a bop and everyone should go save it right now and listen. I can’t wait for more work by him. He also produced my song Around Me which came out in 2019. Gluke is a man with many abilities and he is for sure one to watch out for.

8. Benjamin Major
Major alert! Benjamin Major is a hip hop artist who is very talented with his rhymes and his rhyme schemes. I always have to attend one of his shows and support him, because he puts out so much fire music and he has been making waves with his music videos for a few years now. If I could choose one song to listen to by him, it would have to be I’m Okay feat Kimi. I have Benjamin Major in my playlists and I am so stoked for all of his new music that is coming out.

9. Mandalore
Mandalore is a band from my hometown and there shows are just so wild and I love it. I just recently went to one of there shows a few months ago at The Beehive, and they had a crowd like no other. So many moshing, and they even threw out giant beach balls into the crowd. I had such a rad time and they will always have my support. They have been touring all over the world and it is so rad to watch and see them succeed. They deserve nothing but the best.

10. Cera Gibson
My last pick would have to be Cera Gibson. Cera is another amazing female vocalist who is currently killing it. She is from my state of Utah, and her whole Crushed Velvet album is like no other. She is doing amazing things and I love her so much. She also performed at my birthday bash on July 13th, and I am so excited to see where she goes next. Search Cera Gibson and give her a follow. You will not regret it!

I hope you check out everyone I just listed, and I am sorry if there is anyone that I might have left out. To only list 10 is so hard because I know and listen to so many talented artists. In the next list, I hope I can list one hundred! Thank you so much for having me.

Meet BeastlySlime : The 17 year-old rapper has a song with JuiceWrld

Combined Market Cap of World`s Five Largest Hotel Chains Up by $12B YTD, Despite…