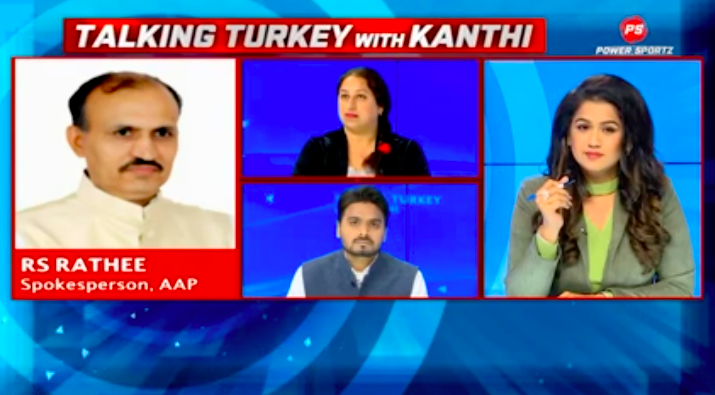 Recently, we broke the news that Ms. Kanthi D Suresh is all set to launch another channel that will be specifically for the political news. However, there is no confirmation of the date of launch yet.

But the recent show of Talking Turkey with Kanthi, “Does Arvind Kejriwal understand sports,” gave an absolute political flavor. Moreover, elections in Delhi are due in a months time, and Kejriwal Govt. has passed its so-called historical – ‘sports university bill’. No, we didn’t call it historical, Kejriwal himself termed the bill as historical.

Of course, the news is not about the bill, so-called Historical Bill. Actually, the co-owner of Power Sportz couldn’t resist herself from analyzing the bill. Yeah, it is the beginning of the story!

Kanthi D Suresh analyzed the bill passed by AAP (Aam Aadmi Party)
deeply, in fact, very deeply so as to leave no stone unturned. Pertinent questions based on bill was been asked. Also, it looks Kanthi D Suresh is all set to impact the citizens of Delhi in the run-up to the elections.

Also, we got to know that the logo for Power News has been trademarked. And there are speculations that all shows on Power Sportz now will have a political flavor until the new channel ‘Power News’ is launched?

Let’s see who will be the next minister questioned for his sports knowledge…… Till then Stay tuned …!