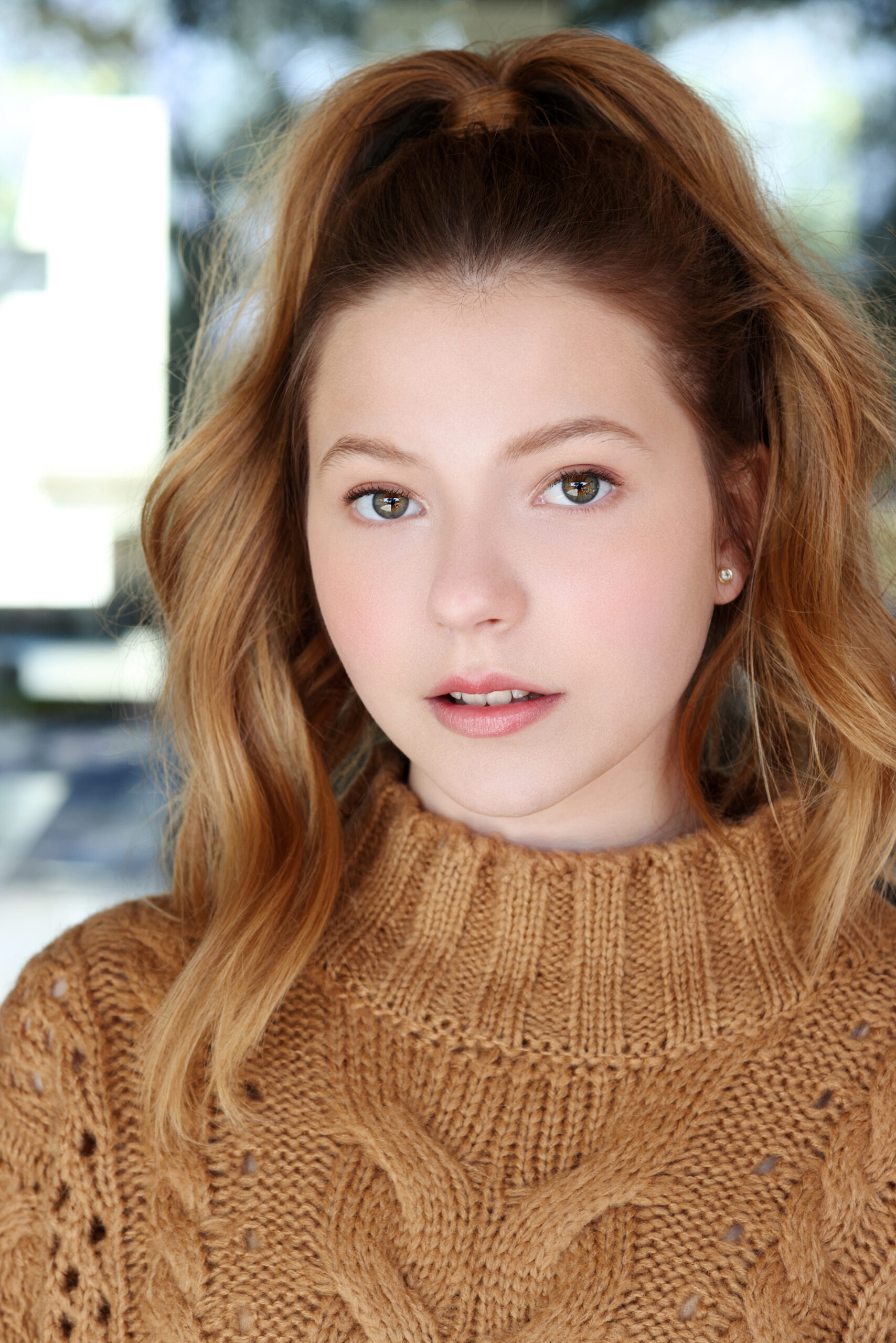 Lilo Baier was born in Austria but has grown up in Singapore. Lilo began performing at the age of 4 and has since been in over 200 performances. She has been a semi-finalist in Germany’s The Voice Kids, a presenter for Asia’s biggest charity concert, Child Aid, and part of the Home Team Live TV Gala. Most notably, she played Kate Blackett in the UK TV Drama “The Singapore Grip” alongside David Morrissey (Walking Dead) and Jane Horrocks (Garfield). She also had a leading role in the animated children’s TV series “Ollie & Friends”. In addition to performing with world renowned soccer player, David Beckham, she has also appeared on Nickelodeon Asia as well as several national commercials.

HI! THANKS FOR TAKING THE TIME TO CHAT WITH US! CAN YOU TELL US A LITTLE BIT ABOUT YOURSELF, WHO IS LILO BAIER IN YOUR OWN WORDS?
I’m an Austrian singer and actress who was born in Singapore, and now lives in LA. I’m Austrian, but I grew up in Singapore. I’m an actress and singer. I am super creative and love everything artsy. I’m a fun person to hang out with and have a good laugh with. My family and friends are extremely important to me.I have been performing since I was young and it has always been my passion. I was in international touring musicals such as Cinderella, Shrek, Peter Pan, Evita and International touring plays like 1984 G.Orwell. I won first place in an International Vocal Competition and performed live in Carnegie Hall, NYC. My first big TV role was when I was 10 years old as a Lead Role in the 30 episode TV series “Ollie & Friends”. In 2019 I booked the TV show The Singapore Grip, it was a huge amazing production. One of my best moments was when I participated in the live TV show The Voice Kids Germany 2019. I was on live TV singing at the blind auditions and all 4 judges turned their chairs and started singing and dancing along. This was very special for me and inspired me to work harder.

YOU’VE MADE A SIGNIFICANT NAME FOR YOURSELF IN THE ENTERTAINMENT INDUSTRY. HOW DOES IT FEEL TO BE SO POPULAR AND WHAT INFLUENCED YOU TO PURSUE A CAREER IN THE ENTERTAINMENT INDUSTRY?
When I was 4 years old, I did my first ballet show and I loved it so much that I told my parents that I want to be on stage for the rest of my life! Quite a life plan for a 4 year old. Performing became my passion. Over time I started singing, and joined a Performing Arts School. Whenever I was not in school, I trained and performed all over the world. It was a very exciting time. When I booked my first big TV show I discovered my big love for acting. I just love what I do and when the cameras start rolling, it feels like being in another world. My passion is a very important part of my life and it really makes me happy. I work hard every single day, to be a better performer, a better actress, a better singer. I live my passion every day and I am extremely lucky to be able to do that. It feels amazing to have people support you from all over the world.

HOW HAS YOUR LIFE CHANGED SINCE YOU WERE SELECTED AS A SEMI-FINALIST ON THE VOICE KIDS? HAS IT CHANGED YOUR LIFE?
It has changed my life tremendously. When all four judges turned around, it was the best feeling I have ever experienced. I spent so much time with my coach Lena – who is a German Pop Superstar – , and learned so much from her. I also made friends that will forever be my family.

TELL US A LITTLE BIT ABOUT YOUR UPCOMING EP. WHAT MOTIVATED YOU TO CREATE THIS EP, AND HOW DO YOU BELIEVE IT WILL AFFECT YOUR TARGET AUDIENCE?
My EP contains 5 different songs that have different styles to them. Some ballads and some mid/ fast tempo songs. I’ve been performing covers on stages since I was 7, and I always wanted to express myself through my own songs. This EP summarizes my ideas and feelings over the last few years and I’m so excited to share it with everyone.  I want teenagers to be able to relate and learn from my songs.

IN ONE OF YOUR INTERVIEWS, YOU STATED THAT YOU WANT TO MAKE MUSIC TO INSPIRE KIDS OF YOUR AGE TO PURSUE THEIR PASSIONS OR DO WHAT THEY LOVE. WHAT IS IT THAT MOTIVATES YOU TO DO WHAT YOU ENJOY OR ARE PASSIONATE ABOUT?
What motivates me is the feeling of singing and performing as well as acting in front of the camera. It’s a specific feeling of love and happiness that only happens when doing those two things for me. I wouldn’t trade it for the world, it is 100% worth all the work. Living your dreams is very fulfilling – sometimes it is hard and requires a lot of effort. But it is worth it in the end.

WHO ARE YOUR BIGGEST INFLUENCES?
One of my favorite artists who has also influenced me a lot is Taylor Swift. I love all of her songs – the melodies and the lyrics are very engaging. She is so powerful and is so sweet. She started singing at a young age and inspires me to this day. She also influenced me to write my own music and be able to express myself through it.

WHAT’S SOMETHING WE SHOULD KNOW ABOUT YOU THAT MIGHT SURPRISE US?
I am Austrian but lived in Singapore my whole life before I moved to Los Angeles. I speak German at home and love German and Asian food.

WHAT IS ONE MESSAGE THAT YOU WOULD LIKE TO GIVE TO YOUR FANS?
I want to share with them that if they are going through hard times, don’t give up, and fight through. There is always light at the end of the tunnel. Getting to your dreams takes time and effort and we all face obstacles. But with a positive spirit and some fun, we can all celebrate life.

WHERE CAN OUR READERS FIND YOU ONLINE?
All my socials are @lilobaier

Meet Nelse D, A Man of Many Trades