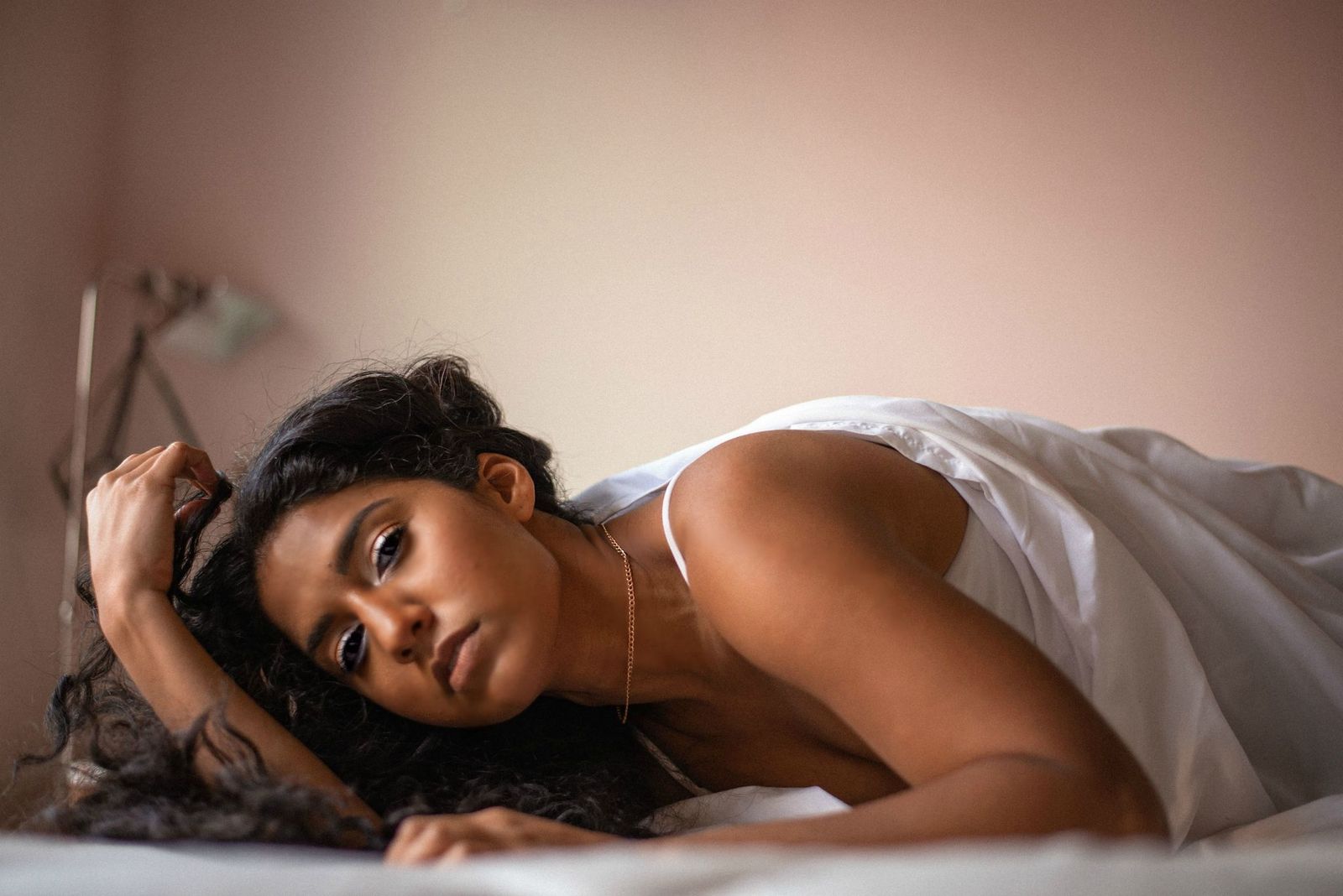 TRISHES is Singer, Songwriter & Painter from Los Angeles. She finds artistic inspiration and ideas from religious texts and museums… Read the interview to find out more!

CAN YOU TELL US A LITTLE BIT ABOUT YOURSELF, WHO IS TRISHES IN YOUR OWN WORDS?
TRISHES is a project I created in my early twenties to express multiple internal and often conflicting selves. I was also grappling with the idea of morality and where it is derived from. Using live looping and vocal effects helped me be able to express the different sides of me, giving them a voice in real space. TRISHES also integrates spoken word, visual art and videos to flesh out the concepts I talk about in the songs.

IF WE ARE NOT WRONG YOU ONLY WEAR WHITE, IT IS BECAUSE WHITE IS YOUR FAVOURITE COLOR OR IS THERE A STORY BEHIND IT?
I wear all white when representing or performing as TRISHES because to me it’s like having a blank canvas. It’s a way that I can go between the different “selves” I am trying to convey (the primal self, conscious self and spiritual self) without visibly portraying any one of them specifically.

HOW WOULD YOU DESCRIBE YOUR MUSICAL STYLE? HAS YOUR STYLE CHANGED MUCH OVER THE YEARS?
My musical style is generally minimalist urban pop but I try to use different musical elements to represent different “TRISHES” so more rhythmic and minimalist for the primal self, often using sort of warped voices, and more elaborate harmonies and progressions when expressing the spiritual self.

WHAT PEOPLE HAVE INFLUENCED YOUR CAREER?
So many it’s hard to say, but my 5th grade music teacher was a pretty important one. He gave me my first singing solo in choir and that’s when I fell in love with performing. Then another kind of random one was a friend of my mom who told me that I should audition for the middle school talent show. She probably has no idea she made such a big impact in my life by encouraging me to do that.

WHAT’S YOUR PROCESS LIKE FOR MAKING MUSIC?
I usually like to think of a concept that I want to speak about, and feel that I am uniquely positioned to speak about. Then I’ll read about it and decipher what my core beliefs on it are, or the message about it that I would like to express. From there I usually write some of the song in my head on walks or on drives, and then I take whatever I wrote in my head to my live set up. After I write it with my loop station and my keyboard, we will record the live version and produce over that.

HOW IMPORTANT IS PERSONAL BRANDING IN YOUR PROFESSION AND WHAT YOU DO TO GROW YOUR BRAND?
I try to think of branding as world-building. What is the world I am trying to build to convey the ideas I want to convey? I very much admire people like Walt Disney and George Lucas who‘ve done that. So in that way I feel that building a specific aesthetic is important to transporting people mentally into the space I want to.

ANYTHING ELSE YOU WOULD LIKE TO SHARE WITH OUR READERS?
My new song and video Gaslight is out on July 24th! It was written in LA, recorded in the UK, and filmed all over the US separately by myself and 4 dancers during quarantine. Check it out: