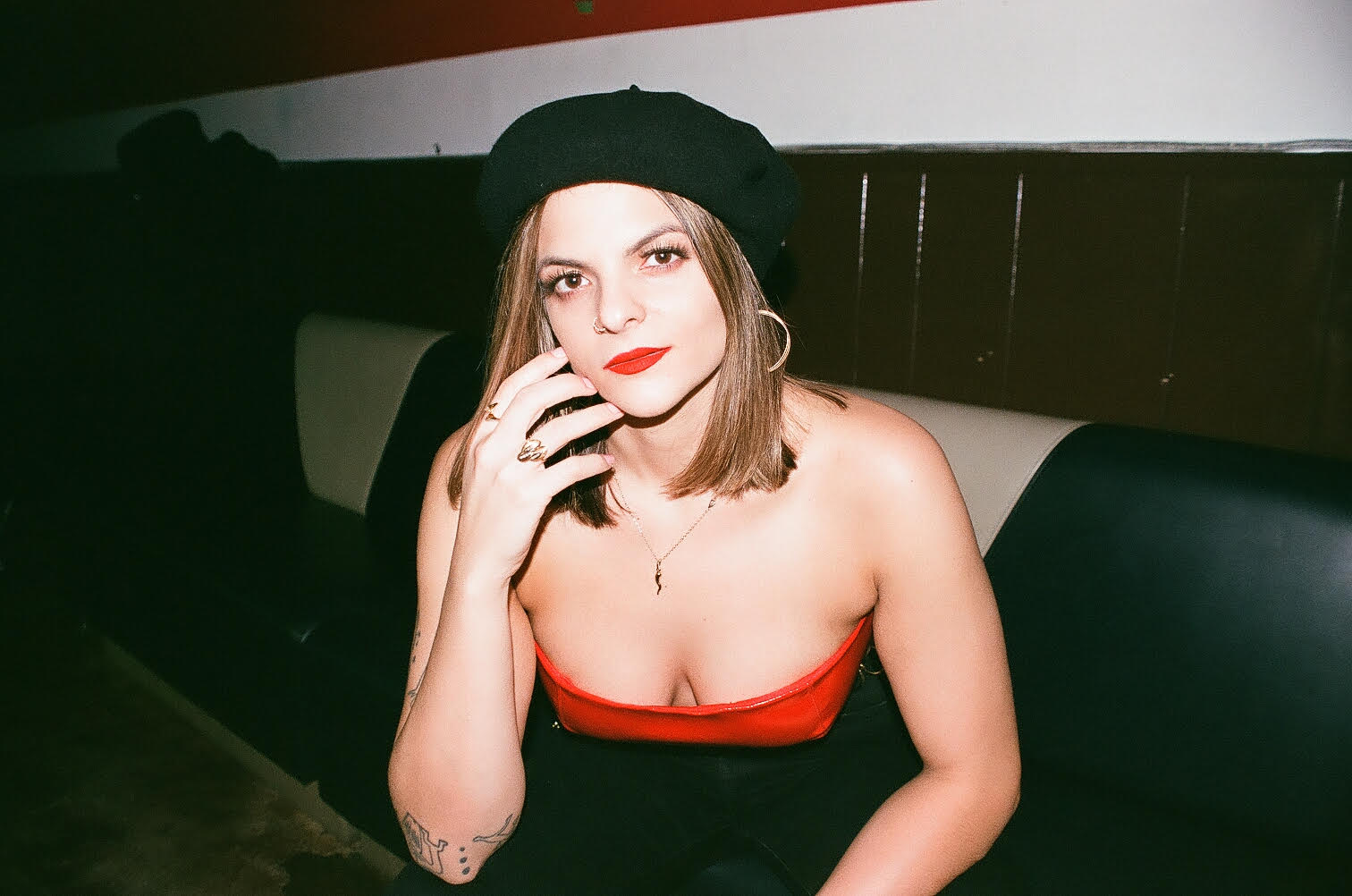 Soleil (pronounced So-Lay) is an experienced vocalist that knows the stage as both an artist and entertainer. Her deep, expressive vocals are a rich blend of Blues, Hip-Hop, Jazz, Pop, R&B, and Soul, which lead to her powerful versatility. Soleil is a songwriter, vocal producer, and producer as well. She has recently been featured on various radio stations and media outlets, and won contests for and gained recognition from Sony, Music.com, SoundCloud, and ReverbNation. Soleil’s newest single ‘Whose Side?’ released on February 5th, 2021.

HI SOLEIL! PLEASE, BRIEFLY INTRODUCE YOURSELF, WHO IS SOLEIL IN YOUR OWN WORDS?
Ciao! I’m a singer, songwriter, vocal producer, and producer, but at the end of the day, I’m just a bunch of vibrating energy perfectly packed into a physical vessel. Soleil means sun in French – it rises, falls, shines, is the source of our light, gives us life, and so much more. The sun represents transformation, becoming, and forgiveness.

TELL US ABOUT HOW YOU STARTED MAKING MUSIC?
I found my love for singing at 5 years old. I performed in choirs and played keyboard throughout my upbringing, and I joined the South Florida entertainment circuit around 2012, singing in various bands – meaning I started my musical journey as an entertainer. In 2013, I released my first single under a different name. I started hanging out in the local artist scene around 2015, and was able to start writing and performing original music at that time. I started working more seriously on my own music in 2018, and released my first EP ‘Dawn’ in January 2020.

WHO WAS YOUR EARLIEST MUSICAL INFLUENCE, AND WHAT DID YOU LEARN FROM THEM?
My earliest musical influences were my parents. My mom is a music lover – she put headphones on her stomach while she was pregnant with me, and my dad is a bass player, so music has always been present in my life. Once they realized I had a voice, they put me into piano and vocal lessons. My taste in music came from my parents, which has influenced my sound and knowledge of music. I grew up on lots of incredible Motown and other timeless music. Some artists include Diana Ross & The Supremes, Stevie Wonder, Bob Marley & The Wailers, Otis Redding, Janis Joplin, The Eurythmics, Alicia Keyes, and Christina Aguilera.

WHO IS AN ARTIST YOU’VE BEEN DYING TO WORK WITH?
Brent Faiyaz & Sonder. I love their sound.

WHAT TRACK HAVE YOU BEEN LISTENING TO RECENTLY?
‘All of your love’ by Luke James

TELL US ABOUT YOUR NEW SONG, “WHOSE SIDE?”
‘Whose Side?’ is a special song for me because it is the first song I worked on as a producer. I had a bass line idea, and that idea turned out to be the 808s on the track. I wanted to add electric guitar parts, and I found the drum track sample. I co-produced it with Aston Marton, and he engineered the track. It has a drum and bass, UK dance sound that I really love. The cover art is more creative and artistic than all of my previous cover art…mostly because I couldn’t figure out how to use a certain feature in Photoshop in time (which I’ve since learned how to use), but I love it and it’s authentic to who I am as an artist. ‘Whose Side?’ really pushed me forward as a songwriter, vocal producer, producer, singer, and creative director!

WHAT HAS BEEN YOUR FAVORITE PERFORMANCE SO FAR?
I have two! One was for a corporate gig in Connecticut. It was the first time I was flown out for a gig. I was on a pretty empty flight with 8 other musicians, a truck was rented for us to drive around in an we played music and sang while on the road. I felt like I was on tour – everything just felt so right! My other favorite was last year at The Lab in Wynwood. I put on the show with the organization Musicasa. I sold tickets for it and had a socially-distanced, full house of people in a private, outdoor garden space. I performed lots of original music with a great band for all of my supporters there. They gave me a standing ovation and it was just an incredible feeling.

HAVE ANY TIPS OR ADVICE FOR SINGERS OR SONGWRITERS JUST GETTING STARTED?
In general, be authentic to you and don’t try to sound exactly like someone else. Study older music to build your foundation and knowledge. Don’t be afraid to experiment! Songwriters – make sure to read the book ‘Murphy’s Laws of Songwriting’. For singers – do vocal warm ups! Your voice is your instrument, so make sure you give it the care it needs. Sing in keys that work for you. Having stage presence is super important!

ANYTHING ELSE YOU WOULD LIKE TO SHARE WITH OUR READERS?
Networking is key. Have a mentor or advisor. Find your fanbase and core supporters. Understand how the business side of music works – you don’t ever want to sign a bad contract. Always have a marketing plan.

Why mental health is key for professional success