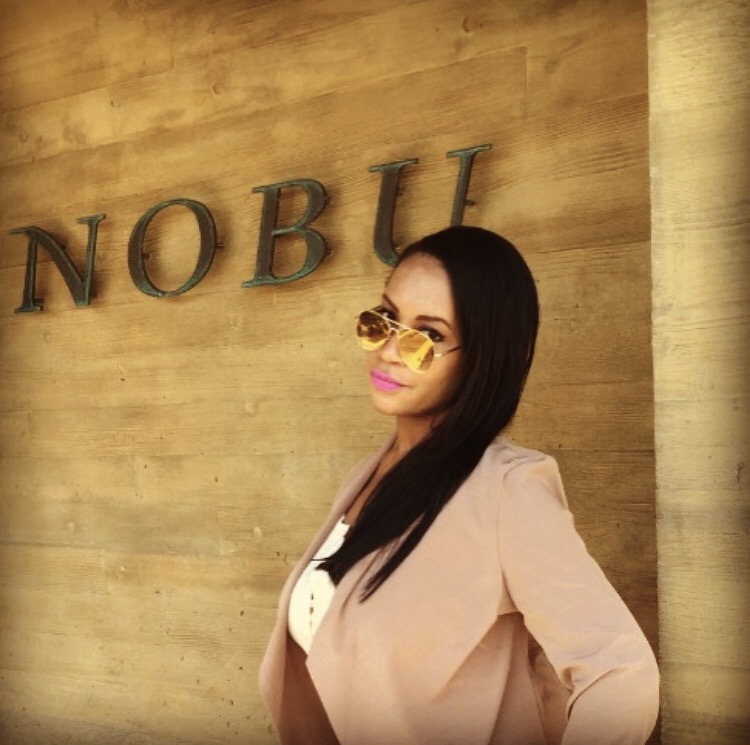 The Houston-raised Black-owned Businesswoman and Executive Producer answers our candid Q&A. Hey Jeseka -Welcome to ABOUT INSIDER! Let’s start off the interview by asking one of the most obvious, but necessary questions!

Can you tell us what initially got you into music and the business of music publishing?
Well, I would have to say playing various instruments starting with the piano but even prior I always loved music and I had all the Janet Jackson and Mary j cassette tapes, often making my own mixtape ….it was so fun and gratifying. Now when it comes to what made me choose the publishing aspect of music, you can definitely say I was thoroughly inspired by Rap Mogul and Entrepreneur Rick Ross. Odd answer I’m sure, but his songwriting and lyrics really resonated and actually fed my mind like a book, which is a powerful and beautiful thing. But I challenge anyone to go back to his album “The BlackMarket ” lyrically if you listen to his word play followed by reading each verse, then you will comprehend a wealth of knowledge to go with his visual storytelling – its deep, but even deeper if you are black/or a person of color rather.

Okay, okay well that makes sense, and who doesn’t love Rick Ross, Bre?! Moving on, So What is your creative process in regards to making a single, or even when scouting beats for artists?
Oh, if I tell ya I’d have to hurt cha lol just kidding …it’s basically my version of therapy , I love exploring what could. Be and unstable exactly what I did with our latest hit on “Holly Anna Lisa”

What is one message you would give to the younger & aspiring musicians, or even publishers or execs on the rise?
Don’t give up and just believe in yourself full throttle, nothing beats a failure but a try.

What would you say is the most useless talent that you possess?
Lol -Unfortunately it’s my voice, yep …it’s one of the most useless talents, well besides communicating (which I’m thankful for everything) but it’s definitely kind of funny right, the irony. I love music but can’t sing …..yep, so basically, I make sure to channel my inner vocalist through scouting talent with my incredible ear as A&R rep for Amada Records.

What would you be doing right now, if it wasn’t for your ambition to follow through with your music career?
Honestly, I would have most likely gone off to school for studio engineering and production, while also working part-time at Target or T-Mobile, and I still might do that, (there is nothing wrong with taking that path- btw!)

How do you feel about the Internet and how has social media impacted the music industry, in general?
Hmm, well If I’m honest…I really feel like the internet and social media are both a blessing and curse. While everything must progress forward, the whole internet and social media world has impacted music for better in some ways, but also for the worse in other ways. Ultimately, I try to stay positive but sometimes I can’t stand how Artists of any status are based, rated and paid off for their ability to carry a huge following. I guess because, that ultimately just leads to fake love, fake likes, and hardly any real talent -sometimes, but not always.

What is your favorite song to stream right now? And Favorite Artist?
Hmm, currently right now I would say one of the poppin rap songs out like “Should’ve Ducked” or “Voice of The Heroes”. Favorite Artists in the trap genre right now would have to be, Lil Durk, Polo G, Pooh Shiesty, Lil Baby, Da Baby and Moneybagg Yo…simply because they turn-up and show-out, respectfully.

If you could change anything about the music industry, what would it be?
Well, The New York Times just released the music industry report card for all the diversity inclusion and funding promised by the big top 3 music labels and publishing companies. Therefore, that will be something I would like to change., as well as seeing more females in all roles but executive poisons primarily . I believe very few corporations really followed up to make change. But I hope they continue to grow of course and be more tolerant. Oh and that social media followers, popularity contest or matching for blue badges type stuff, I would eliminate that whole cycle of self worth and second guessing – if I could, lol.

Courtney Revolution is more than a reality star from The Circle

Tim Trilioni – More Than A Rap Artist and Soul Singer

Connect Your Team with an Intranet Solution