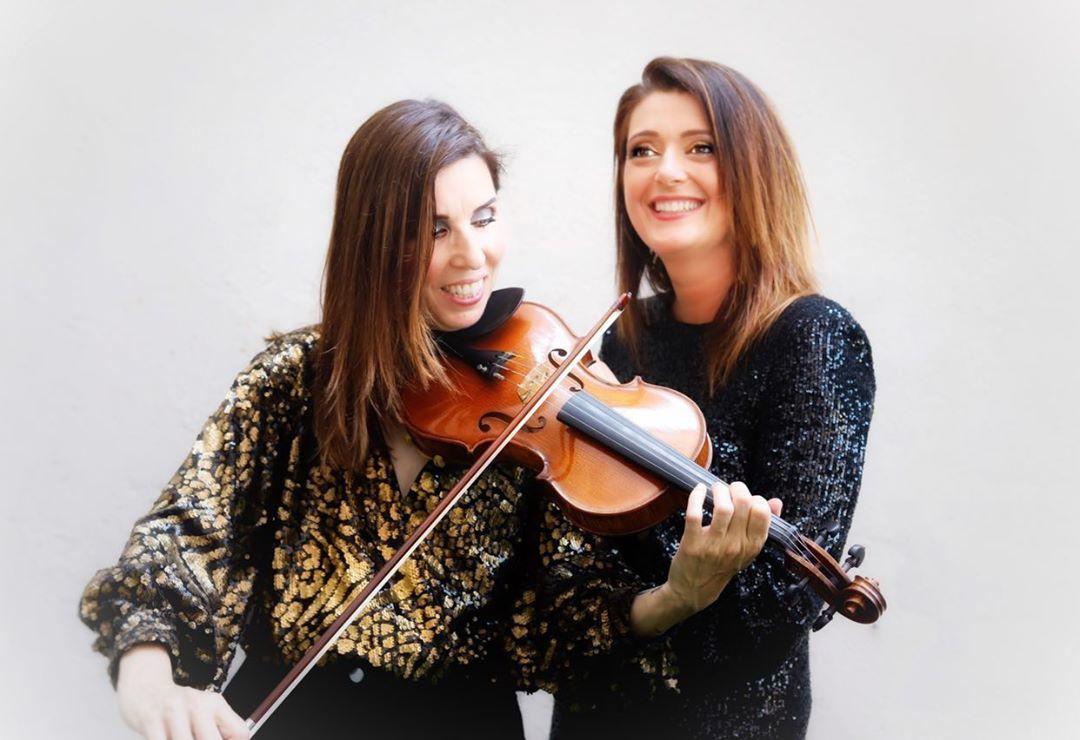 HEY A3C! THANKS FOR TAKING TIME TO CHAT WITH US! TELL US A LITTLE BIT ABOUT THE BAND AND HOW LONG YOU HAVE BEEN TOGETHER FOR SOME OF OUR READERS THAT MAY NOT KNOW ABOUT THE BAND?
A3C is a french pop-folk duet. We’re known and played music for 7 years. In this duet, Anna is the singer-songwriter and composer, and Cat plays the violin. Our music is both positive and bubbly, and serve one goal: the spirit of sharing and friendliness.

HOW DID YOU GUYS MEET AND HOW DID YOU KNOW THAT, YES, WE CAN ROCK TOGETHER?
7 years ago, Anna needed a violin player for another band, and Cat auditioned. It became obvious that she was the one Anna needed. 3 years after, they both decided to create the DUO A3C and were thrilled to launch into this musical and friendship adventure.

HOW DID YOU GET STARTED IN THE MUSIC AND ENTERTAINMENT INDUSTRY?
In 2019, when our first EP was released, it was sent to many french record labels and to one great American one. We were lucky enough to be selected by BENTLEY RECORDS (NYC) and we signed our first contract in March 2020.

IS THERE ANYTHING SPECIAL THAT YOU DO TO GET INTO A CREATIVE MINDSET?
To get into a creative mindset, we are fond of meeting musicians from all over the world and with totally different kinds of music. We love playing music with them and sharing-friendly and musical moments with these artists. These moments bring us the musical inspiration we need. Besides, we have a few common projects with some of these musicians.

IF YOU DIDN’T BECOME A MUSICIAN, WHAT WOULD YOU BE DOING RIGHT NOW?
If we had not become musicians, we would certainly be dead, because music is a part of our everyday life. We just can’t imagine not playing music even one day.

DO ARTISTS BENEFIT FROM NETWORKING?
We as artists, benefit from networking. Indeed, thanks to social media, we could exist even if we live in a small village in the south of France. If we didn’t have social media, we would not be here answering your questions. So yes, it’s highly important!

WHAT ADVICE WOULD YOU HAVE FOR SOMEONE WANTING TO FOLLOW IN YOUR FOOTSTEPS?
NEVER GIVE UP! We often advise our followers to believe in themselves.

ANYTHING ELSE YOU WOULD LIKE TO SHARE WITH OUR READERS
We would like to thank all the people who believe in us, who listen to us, who follow us on the social networks (not in the street :-)) and who send us so nice messages.