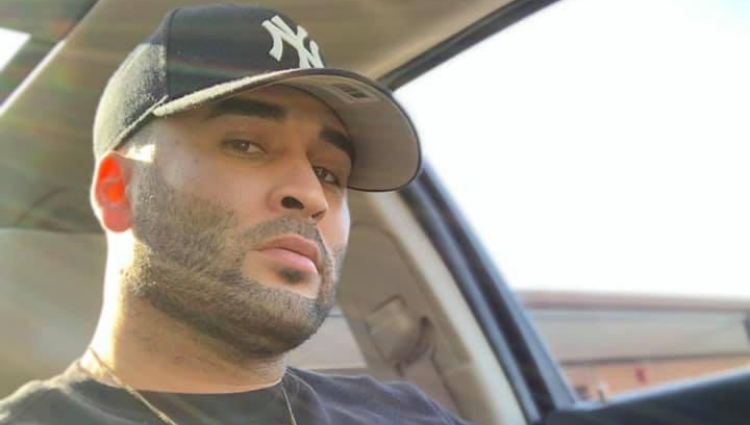 We had the pleasure to conduct an interview with the upcoming artist Matthew Lebron also known as TheOfficialBron.

WHAT IS YOUR FULL NAME?
Matthew Lebron

WHAT IS YOUR ARTIST NAME?
TheOfficialBron

DO YOU HAVE ANY NICKNAMES?
Yes, while TheOfficialBron is my stage name, many people call me Bron.

WHAT IS YOUR OCCUPATION?
I am a Musician, I am a Artist.

WHAT GENRE OF MUSIC DO YOU MAKE?
I’ve made Hip-hop, Rap, R&B, Pop, and Reggaeton.

WHAT RECORD LABEL ARE YOU SIGNED TO?
I am currently with my own label, Alpha No Beta the label.

WHICH ARTISTS HAVE YOU WORKED WITH?
I worked with Bodega Bamz, Cinqo Young, Big Harlo, Tess, Johnny Harlem, and Lil Banks.

TALK TO ME ABOUT THE MUSIC YOU HAVE MADE SO FAR.
I came out with my first album “Just The Beginning” that has 13 tracks on it. I made a song with Bodega Bamz called “Hype”. I have a couple of singles such as “Mind Right”, “Running Man”, and “Me Prefieres”. I recently released “I’m Going” on September 4th. I will be releasing a new Pop song on September 25th called “Moment” featuring Tess.

WHAT WERE YOU MOST AFRAID OF AS A CHILD?
I really didn’t have any fears, I was raised to be afraid of nothing.

WHO WAS YOUR BEST FRIEND? ARE YOU STILL IN TOUCH WITH THEM?
I really didn’t have a best friend. Everyone in school was cool with me, I always gave off a good vibe.

WHAT WAS YOUR FAVORITE SUBJECT TO STUDY?
Science, specifically Physics.

WHAT WAS YOUR FAVORITE SPORT?
Baseball and Boxing was my favorite sports.

HOW WOULD YOU DESCRIBE YOURSELF AS A STUDENT, BOTH SOCIALLY AND ACADEMICALLY?
I was definitely social, everyone in school knew who I was. Academically, I was always in the top 10% of highest GPA.

WHAT DID YOU LIKE MOST ABOUT SCHOOL?
The best part of school had to be seeing everyone’s face change whenever I walked into the room or the area they was in. People appreciated my presence.

DID YOU ATTEND COLLEGE?
Yes.

WHAT ARE YOUR MOST MEMORABLE COLLEGE MOMENTS?
It was definitely when I had to show a professor that I wasn’t the person to mess with. He tried to fail me because he was racist, but I handled that situation.

WHY DID YOU DECIDE TO ATTEND COLLEGE?
I attended college as a personal goal, many people thought I wouldn’t be able to finish college. I had to prove them wrong.

DID YOU GET A DEGREE? IN WHAT?
I have a bachelors degree in Science that I obtained in 2018 in Alaska.

WHAT ON-CAMPUS ACTIVITIES DID YOU PARTICIPATE IN?
I had helped a few females with some tutoring in Physics.

HOW DID IT COME ABOUT THAT YOU WENT INTO THE MILITARY?
I joined when I was 18 years old.

DID YOU EVER SERVE DUTY IN ANOTHER COUNTRY? IF SO, WHERE AND FOR WHAT REASON?
Do you consider Alaska a state or a country? Haha, nah I did my time in the United States.

FOR HOW MANY YEARS DID YOU SERVE?
10 years and still currently serving.

WHAT RANK WERE YOU WHILE IN THE SERVICE?
Currently a Staff Sergeant.

DID YOU FORM ANY LONG-LASTING RELATIONSHIPS?
Yes, I still speak to some of my boys from back in the day.

WHAT IS YOUR OPINION REGARDING WAR AS A MEANS TO RESOLVE CONFLICT?
Can’t speak too much on that, but I will say that theres a method to the madness.

WOULD YOU (OR DID YOU) ENCOURAGE YOUR CHILD TO ENLIST? WHY OR WHY NOT?
I would recommend my daughter to go to college and figure out what she wants to do.

WHAT WAS YOUR FIRST JOB?
Flipping burgers at Wendys.

WHAT WAS YOUR BEST JOB?
Being a Musician, this is the most rewarding career.

WHO WAS THE BIGGEST INFLUENCE IN YOUR CAREER?
Dababy. This kid is making big moves.

DO YOU HAVE CHILDREN? IF SO, HOW MANY AND WHAT AGE AND GENDER ARE THEY?
I have one child, she is 11 years old.

WHAT IS YOUR GOAL AS A PARENT?
I make sure that my child is never in need of anything and that she has a better childhood than I did.

WHAT DOES THE WORD “FAMILY” MEAN TO YOU?
Family means everything to me.

IN WHAT WAYS HAVE YOUR PARENTS INFLUENCED YOU THE MOST?
My parents taught me young on how to be independent and never expect things to be given to you.

DO YOU WISH YOU HAD BEEN RAISED DIFFERENTLY? HOW SO?
No. Parents were divorced since before I was born, but that doesn’t define me.

WHAT IS YOUR RELATIONSHIP WITH YOUR PARENTS LIKE TODAY?
Me and both of my parents do get along very well.

DO YOU HAVE SIBLINGS? HOW MANY, ARE THEY OLDER OR YOUNGER?
I have one brother and one sister. Both siblings are older than me.

WHO ARE YOU CLOSEST TO IN YOUR FAMILY?
My sister. She is the person that I go to first in any situation. We have a strong bond.

WHO WAS YOUR FIRST LOVE?
My daughter. When I was 16 and my daughter was born, that was love at first sight.

HAVE YOU BROKEN ANY HEARTS?
I’m sure that I have, but not intentionally.

WHAT IS YOUR DEFINITION OF “HAPPINESS”?
Happiness is a feeling that you have to find within yourself, not something one should go looking for.

WHAT IS YOUR HAPPIEST MEMORY?
Seeing both of my parents in the same room for the first time.

HOW DO YOU THINK PEOPLE WILL REMEMBER YOU?
I promise you that people will remember me as an artist that has made a change for the better.

WHO IS YOUR BIGGEST FAN?
My daughter. She loves her Papi.

WHAT DO YOU LIKE TO DO IN YOUR SPARE TIME?
Making music. It keeps me sane.

Jeff Lerner and The Benefits and Risks of Business Process Outsourcing