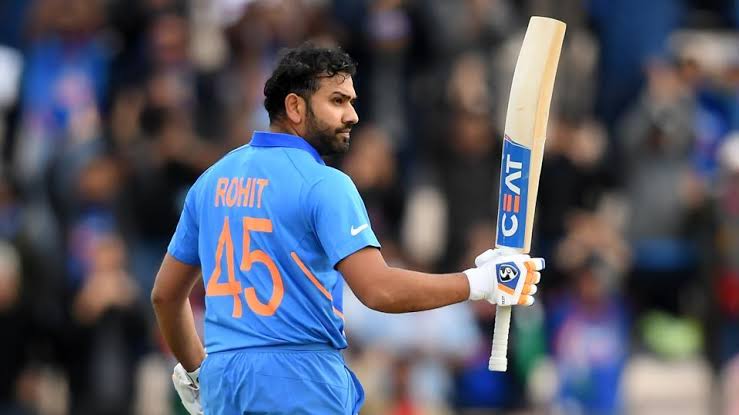 Indian opener Rohit Sharma was allegedly awarded the ODI player of the year. While Australian fast bowler Pat Cummins has allegedly been named the Test Player of the Year award for his 59 Test wickets.

For his heartwarming gesture asking fans not to boo Steve Smith during the World Cup 2019, Kohli had been awarded the 2019 Spirit of Cricket award.

However, the biggest ICC prize was still reserved for England all-rounder Ben Stokes along with the Sir Garfield Sobers Trophy for the world player of the year.

Undoubtedly, Rohit Sharma was in sensational form throughout the year 2019. Earlier in the year, Rohit became the first batsman to hit 5 hundreds in a single edition of the World Cup and he finished the tournament as the highest run-scorer. He allegedly finished the year with 7 ODI hundreds.

Indian opener Mayank Agarwal, who also had an amazing maiden year in Test cricket was awarded with the opening role in ICC’s Test team of the year.

Rohit in a statement said, “I would like to thank the ICC for giving me this award and the BCCI for giving me the opportunity to represent the country. It is great to be recognised in this fashion. We are very happy with the way we performed as a team in 2019. We could have done better but we have a lot of positives and a lot to look forward to in 2020.”

Kohli after receiving the award said, “Just because there are so many Indian fans here, I just didn’t want them to set a bad example, to be honest because he didn’t do anything to be booed in my opinion. He’s just playing cricket. He was just standing there, and I felt bad because if I was in a position where something had happened with me and I had apologized, I accepted it and I came back and still I would get booed, I wouldn’t like it, either. So I just felt for him, and I told him, I’m sorry on behalf of the crowd because I’ve seen that happen in a few earlier games, as well, and in my opinion that’s not acceptable.”

2019 Umpire of the Year: Richard Illingworth

Ye Zhong Talks To About Insider

Jeff Lerner and How to Run a Business the Right Way