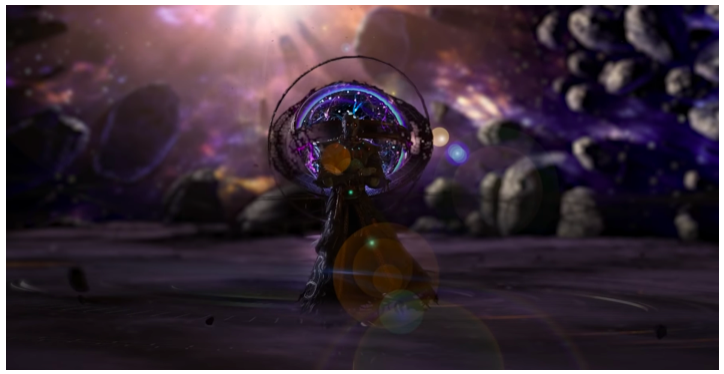 How to Pick the Ultimate Character in PoE?

The build opportunities in Path of Exile are endless. You can choose any skill and make a build out of it, provided you choose the correct passives. However, besides picking the skill, you should also consider the role of your character. You can do a lot of things in PoE. You can clear maps like gazelle or one shot bosses like the legendary one punch man.

So before you choose a character, determine what you want to accomplish. Do you want to become a mapper, a bosser, a delver or something else? What stage of the game are you in? Do you need a starter build? Can you start making a Chaos Inoculation character? These are questions you should ask yourself before choosing a character for yourself. With that out of the way, let’s take a look at a few characters based on their specializations and roles.

League starters are the jack of all trades. They are decent bossers, can clear maps fairly quickly, have decent AOE damage, movement speed and are also durable. But most of all, league starters are cheap builds. They help you quickly complete the map and give you access to the endgame bosses, and higher tier farming.

League starters are not only meant for new players. Everyone starting a new league picks the league starter for a couple of reasons.

League starters are cheap builds. They dont require 6 linked gears, corrupted gems and enchanted gear to complete the build. Most players don’t have a lot of PoE currency in the early game making these builds great for the early game

They are fairly reliable characters who can hold their own against bosses and hordes of enemies. League starters are not the best at killing bosses or decimating large mobs of monsters. Once you have enough PoE currency, you can transition to a more specific character/role.

Mappers primarily focus on speed and AOE. The goal of a mapper character is to traverse the map as fast as possible. As a mapper your first priority is to focus on AOE damage so that you can efficiently clear hordes of enemies.

Next comes speed. You must have some sort of speed bonus, whether it’s from vials or skills support gems. Killing mobs is only efficient if you can reach them quickly.

Mappers don’t usually focus on defense based items as it might affect DPS. Rather they rely exclusively on vials to boost their defensive stats. As a result, they can clear hordes of enemies on any level(unlike speed mappers which is addressed later on).

Some mappers also opt for proactive defenses in the form of freeze skills. Their goal is to freeze the enemy and prevent them from dealing damage, all the while hitting the enemies for constant damage.

Speed mappers focus specifically on AOE and speed. Moreover, they focus on maxing out the speed stat, ignoring even defensive capabilities. They can clear a map in mere minutes and pack quite a bit of burst damage.

The only thing differentiating speed mappers from regular mappers is the speed and efficiency. Speed mappers also focus on low tier maps and abuse farming mechanics. It’s not a fun build in terms of actual progression. However, it’s super efficient if you want to just farm for unique gears and stuff. You can always save yourself the grind and buy PoE currency online. It’s fast, cheap and often has PoE orbs for sale. Buying currency also lets you enjoy the game without having to constantly grind for stuff.

Bossers as the name suggests are the direct opposite of mappers. They focus on burst single target damage and lack any AOE capabilities. Bosser characters also have a bit of speed stat, but it’s more of a personal preference.

The single target damage inflicted by is unparalleled. They can clear bosses in mere seconds and are mainly used for unique gear farming and completing top tier Maven encounters, in the new PoE 3.13 patch.

Bossers also focus heavily on durability. Although some builds require you to carry armor potions, most characters have gear that bolster their defensive capabilities by a significant margin. Therefore the top three priority for bossers are speed, damage and durability.

Labyrinth runners are specialized builds that are not usually recommended for beginners. As the name suggests, these characters specialize in clearing labyrinths faster than any other builds. In a way they are similar to Mappers, however, they pack just enough durability to prevent getting one-shotted from traps and such.

You must have encountered those annoying traps that can put a sudden end to an otherwise flawless run. Labyrinth runners aren’t usually on defenses except what is required to survive sudden trap damage. They also have a superior AOE and are fairly competent at killing bosses if required.

Delvers are very specific high skill cap builds. It’s hard to pull off these builds unless you have thorough knowledge of the game mechanics. Delvers specialize in pure raw damage and have no life gain or durability whatsoever.

Thanks to their superior DPS they can go deep into the delve mines. Their only motto, kill the enemy before they land the first strike.

Delirium farmers are also very unique characters specializing in Delirium farming. They usually rely on tons of self debuffs such as curses and poison to cheese out damage. Once again, it’s a very high skill cap build and is not recommended unless you have thorough knowledge of the game.

Choosing a character should be much easier, now that you have an idea of what each one does. Usually, the most common pitfall that most players fall into is the idea of creating an omnipotent character that does everything. But such all rounder characters are not possible. Yes you can have mapper kill bosses but it won’t be as efficient as a dedicated boss killing build. The best way to approach PoE 3.13 is to create different characters, at least a mapper and a bosser to begin with to help with your overall progression. Good Luck!