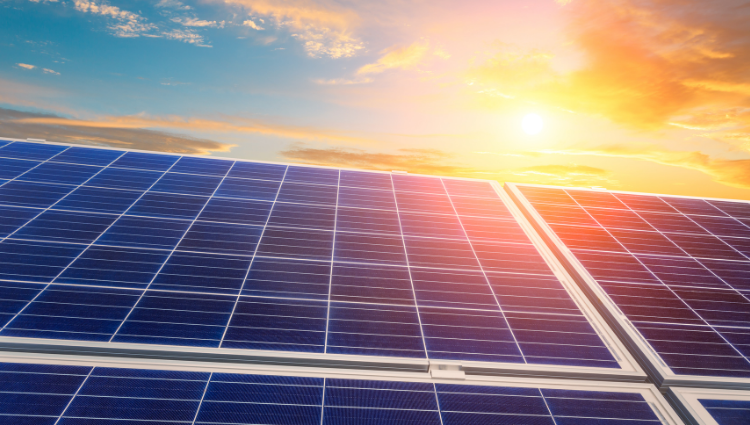 Once seen as a city of smog and sprawl, Los Angeles is now leading the charge in the fight against climate change. The city has set ambitious goals to reduce its greenhouse gas emissions 80 percent by 2050, and solar energy is playing a key role in helping them reach that target.

Solar panels have been installed on rooftops all across the city, including on government buildings, schools and homes. In just a few years, the amount of solar energy generated in Los Angeles has increased tenfold. And as the cost of solar continues to drop, even more Angelenos are making the switch to clean, renewable energy.

The city is also working to make electric vehicles more affordable and accessible for residents. Over the next few years, Los Angeles plans to install thousands of public chargers throughout the city to help people make the switch to driving electric.

All of these efforts are helping to improve air quality in Los Angeles and combat climate change. By transitioning to clean energy, the city is setting an important example for other cities around the world to follow.

Los Angeles is on the forefront of solar power usage, and a new study has found that the city could be powered completely by renewable energy within the next 15 years. The National Renewable Energy Laboratory concluded that L.A. is capable of achieving 98% clean energy within the next decade and 100% by 2035, meeting one of President Biden’s most ambitious climate goals. And it can do so without causing blackouts or disrupting the economy, the federal research lab found, undercutting two of the most common arguments used by opponents of climate action.

The study comes as California is struggling to meet its own renewable energy goals. The state currently get about a third of its power from renewable sources, but is required by law to increase that to 50% by 2030 and 60% by 2045.

L.A. has been a leader in solar power usage, with the city’s solar installations providing enough electricity to power more than 160,000 homes. The city has also been working to increase its energy efficiency, with a goal of reducing greenhouse gas emissions by 35% by 2030.

The new study provides a road map for how L.A. can meet its ambitious climate goals, and shows that it is possible to transition to a clean energy future without causing blackouts or disrupting the economy. This is a major victory for the environmental community, and sets an important precedent for other cities to follow.

Despite its reputation as a sunny city, Los Angeles currently only gets about 10% of its electricity from solar power. However, that could change in the future as the city moves towards its goal of 100% clean energy by 2045.

Solar Los Angeles is a key part of that effort, and the city is already making progress. In 2019, the city approved a plan to install solar panels on all new buildings 10 stories or less. This will not only help Los Angeles meet its clean energy goals, but also save money on energy costs in the long run.

Solar power is becoming increasingly popular in Los Angeles as more people become aware of its benefits. Solar panels are a clean and renewable source of energy that can help to reduce your carbon footprint. Additionally, solar panels can save you money on your energy bills over time. With the installation of solar panels becoming more streamlined and affordable, there has never been a better time to switch to solar power in Los Angeles.