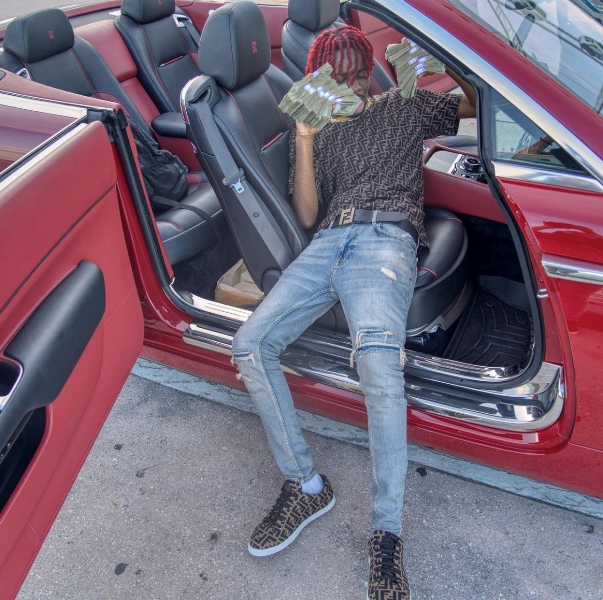 $way, like a large number of artists, grew up with difficult roots. He explains, “I was a menace growing up in Prince George’s County, Maryland area, in the streets of Landover. There was not much guidance and opportunity growing up in the streets, so I had to stack it up and move to California to start a new path.” He began his pursuit of music after the tragic passing of his best friend, also a rapper, who was caught up in violence. Since his move to Los Angeles, he has made a name for himself telling of his roots in Maryland and touching on difficult, yet real, subjects in his music. He says that his friend’s death “motivated me to go harder and work to be as great as he would want me to be.” It is clear that $way has put in the work as his list of songs grows with the streams. Additionally, his creative presence online has brought him a significant following on social media, and he uses it all to continue bringing the message to be oneself. He holds, “be real because they [may] hate you anyway.”

You can connect with $way on Instagram: @lickseeker and listen the tracks on Spotify:

Criteria to Consider Before Buying a Car

How to safeguard your digital assets?

What about riding a dirt bike and breath a fresh air?