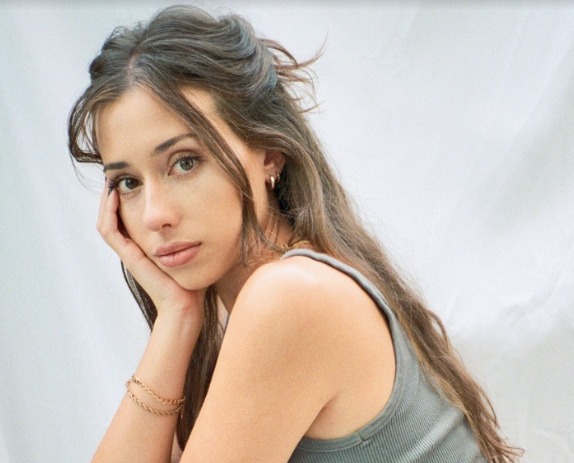 Juliana Carpino is from Toronto, CA and has always had a passion for filmmaking. She has directed nine films, written four shorts, produced one short, and is in development for her feature film directorial debut. “What I do today will better my tomorrow” is the motto that the talented director and writer lives by.

Juliana’s film career began as an actress in a few low-budget productions, and quickly became interested in becoming a filmmaker, leaving her acting career behind. Juliana has become a well-known director, and has had a variety of amazing accomplishments.

With a minimal three-thousand-dollar budget, Juliana shot her debut short film, Noah’s Truck, which had moved onto being accepted into the Cannes Film Festival, and the LA Independent Film Festival.

Juliana has shadowed a few directors on television and film sets, some of which included well-known performers including Ethan Hawke, Elisabeth Moss, and Mark Strong. She moved to LA to launch her career in music video directing and has since directed music videos for artists such as Logan Paul, Scarypoolparty, Ty Dolla $ign, Bazzi, and Kiiara. She has also worked with well-known brands such as Cartier, Disney, and Freeform. Juliana believes her time directing video had provided a platform for her to experiment with filmmaking styles and ideas she had to help her create the directorial style she is known for now.

Juliana has been studying the work of her inspirations from 16 years old. Her first inspiration is female directors in general. Reed Morano, ASC., (The Handmaid’s Tale, The Rhythm Section), is a Director of Photography turned Director, which is a huge inspiration for Juliana. Juliana explains how she is “captivated by whatever Reed makes and her captivating narrative visions in cinema”.

Another large influence of Juliana’s work is David Fincher. Juliana says that she is captivated by his camera work, color, and specifically the way he tells a story, is what “made me fall deeper in love with filmmaking” she explains.

“If David and Reed had a child it would be me.” Juliana exclaims.

Many people think the film industry to be quite competitive, which is a misconception in the eyes of Juliana. She explains that her ultimate goal is to help pave the way for young, future generational women who are following in the same path as her.

Speaking on her passion for women empowerment, Juliana states, “I am over the moon when I know that a woman got a job even if it was against me because that one job helps us move in the direction we should be moving. I feel strongly about my efforts in trying to shed light on women in film because I hope that one day there will not be a conversation of divide and prejudice, and the conversation of ‘women in film’ will morph into ‘people in film.’”

Juliana is also proud and transparent about speaking on her mental wellness, and the challenges she has faced and overcame with it, one being the struggle to accept creative discouragement from her team. She explains that it made her feel as though she had imposter syndrome and as if she did not have a place in the industry. Being in such a competitive field can be draining and Juliana acknowledges the challenging work and perseverance her craft was asking of her, and the ways she knew she had to prove herself. But it is all worth it in the end. She constantly pushes herself to deliver in the best way she can, and that some things are just out of her control.

Juliana has a lot of things in the hopper for the future. She has initiatives on which she is putting in maximum amounts of effort. Her feature film has already been taken up by two producers, and filming for that begins in September. Juliana is also in development for a new series that straddles the line between psychological thriller and criminal drama. Simultaneously, she’s working on her second feature film script, which is based on a true story from the 1940s. In the midst of it all, she’s waiting to hear back on a couple of other feature films!

To see more of Juliana’s work, visit her website.

Everything you need to know about Zara Woolf, the creator of Wild Angel

Gunther Ofori the up and coming Artist with the most potential

The Royal Twins Release Their First Single, HAVE FUN

Who is Dave Herrera?: An Introduction to the California Country Newcomer