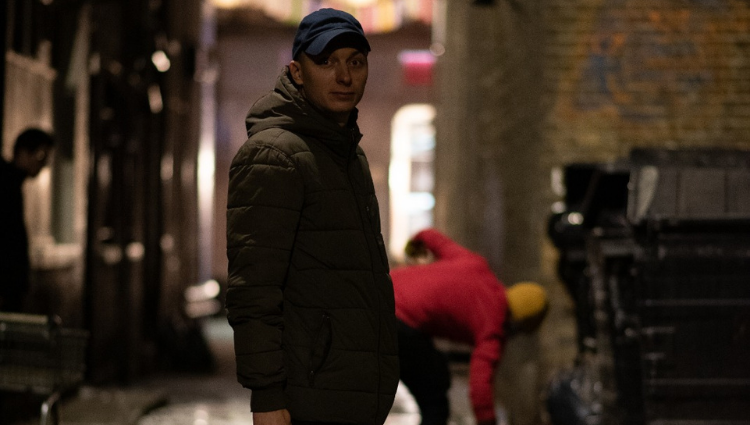 If someone would ask me how I’d describe Honey And Wine, I’d describe it simply as a wonderful little movie shot in a few days. Yes it’s an independent movie shot on a super low budget, on a GoPro camera, but we raised the bar really high with this one. “ says director Hank Orion. Honey And Wine premiered December 21 on Indflick at 6 PM Pacific Time. Here are some QnA with a writer and director Hank Orion.

WHAT IS HONEY AND WINE IS ABOUT?
It’s a story about Steve, who is stuck in a corporate loophole. He has a big house, an expensive car, two kids, and a stable and very well paid job, but he’s not happy. While a business trip he meets Amanda, an escort worker that has more to her than just the look, the drive, and the sexuality.

HOW LONG DID IT TAKE YOU TO SHOOT IT?
It was shot only in a few days on a GoPro camera. I’d call it an improvised film, we had a screenplay but it acted more like a blueprint rather than an actual script for the movie.

WHY SHOOT A MOVIE ON A GOPRO?
Because why not? People think that because it’s a GoPro you can’t use it to make a movie. I wanted to prove them wrong. I mean there are movies shot on iPhones, now there’s one shot on a GoPro.

YOU’RE A DIRECTOR, VLOGGER, PRODUCER, YOU HAVE A PODCAST, WHAT DRIVES YOU?
Honestly, desire to achieve my dreams, and the realization of time running out. Will you only once, right? So I’m trying to do as much as I can while inspiring and motivating other filmmakers out there. I want to show them how the life of an independent filmmaker is. And making movies just makes me happy.

WHAT ARE YOU WORKING ON NEXT?
We just wrapped another independent film called The Ritual, to be released in February 2021. So I’m trying to edit that at the moment. As for future projects, we are making one film in Los Angeles, California called I See Darkness in summer 2021. Other than that I have three more films in development I want to shoot by the end of 2021.

BEING AN INDEPENDENT FILMMAKER IS GREAT, BUT WOULD YOU DIRECT THE MOVIE FOR THE STUDIO?
Honestly that’s the dream, but to get there I know it takes a lot of hard work. I know that I won’t to be an independent filmmaker forever, and when the time comes I will be ready to make a film for a studio.

WHERE CAN VIEWERS WATCH HONEY AND WINE?
It premiered on Indflick.com on December 21, and Amazon Prime release is expected on January 10, 2021.

Who and What is Filali? A glimpse into the unknown