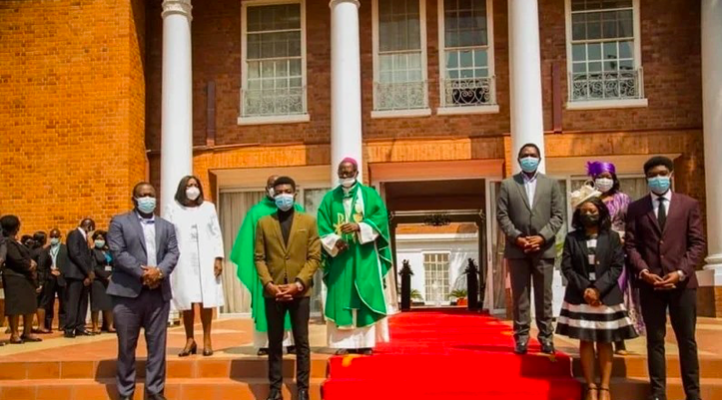 Sources reveal instructions from the Zambian Statehouse not to pay Israeli companies.

Zambia’s new president, Hakainde Hichilema, also known as “HH”, was elected on August 24th, 2021. After replacing the heads of the army, air force, prison, and police force, HH has set his sight on Zambia’s financial debt.

For the past couple of months, the Zambian government headed by Hakainde Hichilema, reviewed contracts, and made payments for ongoing projects that were renewed to some contractors.

Dozens of ongoing projects are still being held. However, it became evident that from all the projects with renewed payments, none of them included Israeli companies. Some of the projects received most of their payments which left them in a confused limbo state and not sure as to when they will finish, if at all.

It’s important to note, that projects from big countries such as UK, US, South Africa, and China have been paid. In fact, Zambia has published a list of its 44 external creditors, and it owes about $3 billion to the Export–Import Bank of China, nearly $3.2 billion to Eurobond holders, and hundreds of millions of dollars to commercial lenders, some from Israel.

In recent decades, the relationship between Zambia and Israel has been one of bilateral and friendship. Israel has contributed to Zambia in many fields, such as medical, agricultural, defense, and energy, to name a few. Israeli banks have funded Zambian projects with hundreds of millions of US dollars. Israel had continued its funding during the Covid 19 pandemic and during the economical downfall we’ve seen this year, even though many other countries have withdrawn their funds. Recently, Israel has donated 1 million coronavirus vaccines to the UN-backed COVAX program, in order for them to reach several countries in Africa in the coming weeks.  It is also worth noting that actions such as this, give anti-Israel movements such as BDS, a lot to exploit.

This raises several questions.  1) Why  has the new government which  prides itself  on maintaining Zambia as a Christian nation, has turned its back to the bible Startup nation?  2) Are there other reasons as to why government officials have instructed by the statehouse not to pay Israeli companies? 3) Why has Israel been signaled out as the only country not being paid?  4) Could the new government afford to lose its trusted long-term relationship with Israel; a country that delivers crucial technologies that helps development across Africa?

These questions remain unanswered, but one thing is certain, the Zambian’s government’s actions speak louder than words.

The Role of Cryptocurrency in Paying Insurance Premiums