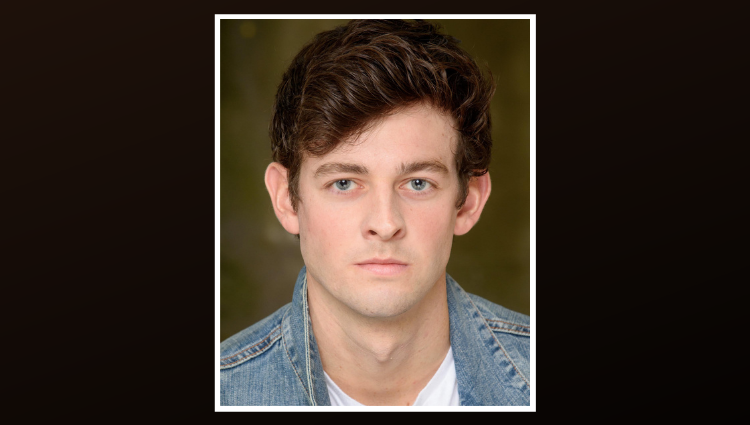 Harrison is an actor who was born in the small East Texas town of Dangerfield. His recent work includes 2019 Best Picture winner “Green Book” along with guest starring in the new Netflix limited WWII series “The Liberator.” Harrison’s goal is to honor God with his life and though his work, and to inspire others the way he has been inspired by film.

HELLO HARRISON! THANKS FOR TAKING THE TIME TO CHAT WITH US! CAN YOU TELL US A LITTLE BIT ABOUT YOURSELF, WHO HARRISON STONE IN YOUR OWN WORDS?
Well, I am an actor and lover of movies. I grew up in the East Texas town of Dangerfield (yes, that’s it’s name haha). My film heroes include James Dean, Marlon Brando, Robert Mitchum, Terrence Malick and Richard Linklater. My goal is to honor God in all that I do both on camera and off.

HOW DID YOU START AND HOW WAS YOUR FIRST EXPERIENCE IN THE INDUSTRY?
Growing up, I was super super quiet and very shy and introverted. I still am, and I never would’ve expected to be an actor today. I was a competitive tennis player and traveled the country playing tournaments but I always loved movies and stories. When I was 17, I was watching a movie and saw and ad for acting classes and then I decided I wanted to be an actor. I began taking film acting classes and have been for consistently for 8 years now. I still remember the excitement of booking my first SAG job, a part on Playstation Network’s “Powers.”

YOU ARE INVOLVED IN BOTH ASPECT OF A FILM MAKING, BE IT ACTING OR DIRECTING, WHICH ONE DO YOU LIKE THE MOST?
I’m an actor. It’s what I work daily toward getting better at, and it’s what I love the most about film. That being said, I do really look up to the great actor/directors like Clint Eastwood and Warren Beatty, and hope to one day be able to focus equally on both. In terms of directing Terrence Malick and Richard Linklater along with Alfred Hitchcock are my heroes. I also love getting to work with other actors and see them shine whether it be as an actor in a scene with them, or directing, or helping a friend with an audition tape.

WHAT, IN YOUR OPINION, IS THE MOST IMPORTANT QUALITY IN A FILM DIRECTOR?
Film directors are so amazing because they have to be able to have a complete masterful understanding of every aspect of the filmmaking process. A great director is able to converse with the DP, costume designers, hair and make-up artists, sound designers, gaffers, etc and get exactly what they want on screen in a technical sense, but then turn around and talk with the actors and understand how each works and what the script and the story need for each scene, all while keeping in mind the big picture of what the finished product will look like. It’s hard to say the most important quality, but from my experience the great ones are completely confident in their vision of the final product, but also totally open to ideas that present themselves in the moment when filming or from their collaborators. So many of cinema’s most iconic moments seem to come from the spontaneity of a person working on set the day a certain scene was shot.

OUT OF SO MANY ROLES THAT YOU HAVE PERFORMED AS AN ACTOR, WHICH ONE IS YOUR FAVORITE AND WHY?
I was blessed to have the really great part of Lieutenant Childers in episode 2 of the WWII Netflix series “The Liberator.” Its hard to say which part has been my favorite because each experience is special in its own way, but working on that project in Poland was extra special. That project, part, and experience I will remember for the rest of my life. I also must say my experience working on the indie film “8 Slices,” playing the character of Jack was some of the most fun filming I’ve ever had. Writer/Director Nick Westfall gave me a gift of a character and I loved getting to bring that story to life.

WHAT ELSE DO YOU WANT YOUR FANS TO KNOW?
I am a former NCAA tennis player and was ranked number one in the state of Alabama in tennis.

WHERE CAN OUR ONLINE READERS FIND YOU?
They can check out my former work as well as look for upcoming work on IMDb and they can also follow me on Instagram at harrisonstone7.