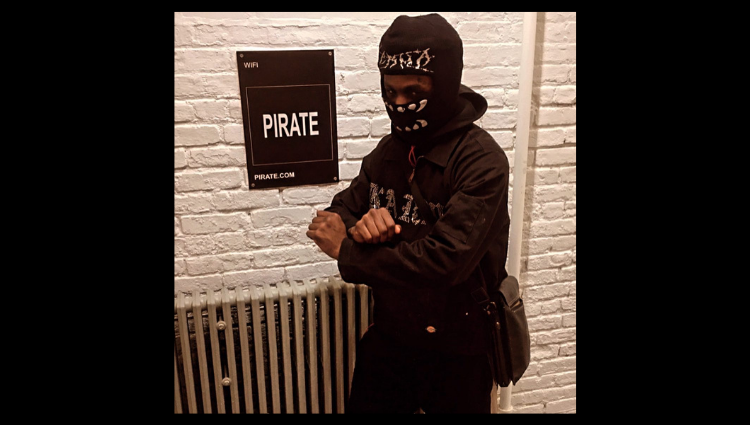 Massiahg is not another rapper he’s an artist, instead of making rap music he makes music, and instead of being just an artist he’s a human being first and refuses to be anyone but himself which separates him from being compared to others. With the early success of his single “Murk!” to the release of his debut EP, 9runge. Massiahg looks to not let his most successful single defy his career, but to continue proving that he’s more than just any other or another artist.

To get more details about Massiahg on his early beginnings, plans for the future, and on who he is as a person rather than just an artist. Be sure to read through our full Q+A interview further discussing about not only his career but his life as well.

For those who don’t know, who is Massiahg? How did you come up with the name and your initial start in music?
It started in early middle to high school at lunch tables hallways, and suspension for always getting into trouble. I’ve never had a way to express my internal thoughts along with communicating them across until I’ve started writing songs and free-styling bars with friends. The feeling music gives me can’t compare to anyone or anything it’s unexplainable. My name Massiahg comes from my last name Massiah, which stands for a leader or savior of a particular group or cause, and the G represents my first name.

How’s it like coming up as a artist in New York?
Coming up in New York City is like being a crab in a bucket trying to make it out. No one wants to come together in alliance everyone is in competition to get on. As far as being born here I’m inspired by daily living situations poverty and struggles. The music scene out here is active, there’s many unheard.

Do you have a process you follow for creating a song?
Yes, it depends on the beat. It starts with the hook then overtime transitions over to the verses. All off the top, no writings it’s more organic that way when things aren’t forced musically. I’d slur a word then later make something outta it when the sound inside my head is more apparent. My process ranges based on the vibes.

What’s the progress on the “Against The Grains” Album?
It’s completed, it will contain around 8-10 records. It may also have some extra songs on it as bonus, sounds range from chill melodies to aggressive. The title “Against The Grains” stands for risking everything to prosper and making sacrifices to be in a better position no matter what’s thrown to do the opposite. Sometimes individuals go through dark things with no shoulders to lean on or talk to, it starts to feel like the whole world is against you..2/22!

In terms of next year, what do you have in store for 2022?
Next year, there will be more consistent visuals along with maneuvering more to build networks with others. Feeding the wolves all over so the pact is powerful when we all come together to conquer. Pushing the culture forward with versatility. Also planning on launching a official website for music and merchandise for supporters exclusively.

What are the advantages and disadvantages of a fat tire electric trike?