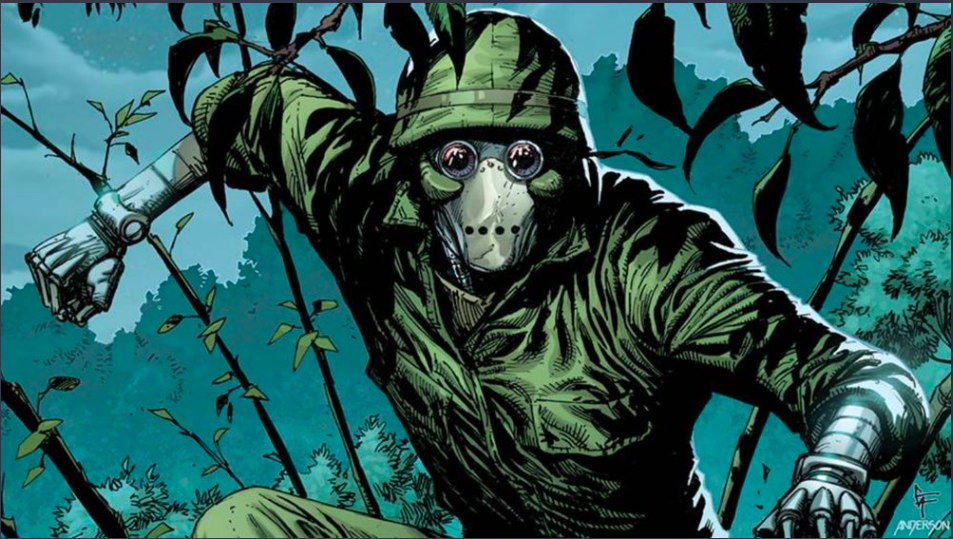 The cartoon created by comic legends Geoff Johns and Gary Frank has just released the next installment of the Junkyard! Joe series, aptly named Junkyard Joe! #2. It will be available on November 16, 2022.

Read what one fan said about the new comic:

Junkyard Joe #1 was a great beginning to this expansion of the Geiger universe. An AI robot deployed to the Vietnam War finds what it means to feel human. #junkyardjoe #Geiger #geigerverse #image #imagecomics #comicbooks pic.twitter.com/NWxWL2WJZw

Winning Team of Johns and Frank:

DC Comic fans are probably familiar with Geoff Johns and Gary Frank and they are frequent collaborators. The comic was written by Geoff Johns with Gary Frank providing the artwork. Brad Anderson provided the color and Rob Leigh has provided the lettering. Brian Cunningham is the editor of the series.

Johns and Frank worked together on a variety of comic hits including:

They have been working together for years at DC Comics and decided to strike out on their own and create their series, Geiger, for Image Comics. The story of Geiger takes place in a post-apocalyptic earth which is left a wasteland due to nuclear fallout. The series Geiger has a back story called Junkyard! Joe. This introduction of Joe paved the way for the character in the Junkyard! Joe #1 and now Junkyard! Joe #2.

The original series, Junkyard! Joe 1, dates to the Vietnam War and features stories of brotherhood, working together, and sacrifice. It draws on real-life experiences from veterans, highlighting the horrors of the Vietnam War.

While featuring real-life experiences, the story also features the friendship of two members of the unit, Muddy Davis, an enlisted man, and Junkyard Joe, who is a robot, and for some time, the reader is left wondering if he is real or just an imagined friend that Muddy created to help him get through the war.

For the first issue, Johns and Frank tell the story of army member, young soldier Muddy Davis, who when not in the trenches creates doodles, draws, and sends letters back home to his sweetheart to get his mind away from the horrors that surround him. His goal is to become a cartoonist when his time in the army is over.

Junkyard! Joe is a robot who protects his friend Muddy after he is injured in a sneak attack. The story revolves around honor and friendship despite adversity.

The second issue of Junkyard! Joe takes place in the present time and features memories of Muddy and his friend the robot army soldier. Since his time in the army has passed, Muddy has become a cartoonist.

For the last 50 years, he has been paying homage to Junkyard Joe, who he believes saved him from certain death during the war. To Muddy, Junkyard! Joe was real, not imagined. So, Muddy brings him to life through his newspaper comic strip.

But is Junkyard Joe just a figment of Muddy’s imagination? Muddy’s war experiences continue to plague him and the thought of Junkyard Joe is never far from his mind. One day, Junkyard Joe shows up at Muddy’s door to warn him and the rest of the world about a new war, which could change the world the way we know it.

More information can be found in the video below:

Many cartoons and action heroes work to teach a lesson, and that is certainly accomplished with Junkyard! Joe. It highlights the struggles of war and how those struggles can remain even many years after the occurrence.

Who Is Justice Mitchell?

Sustainable Cryptocurrencies Present A Viable Option In The Digital Market

Charlie Burger: Extraordinary music career with a distinctive aesthetic and a unique…