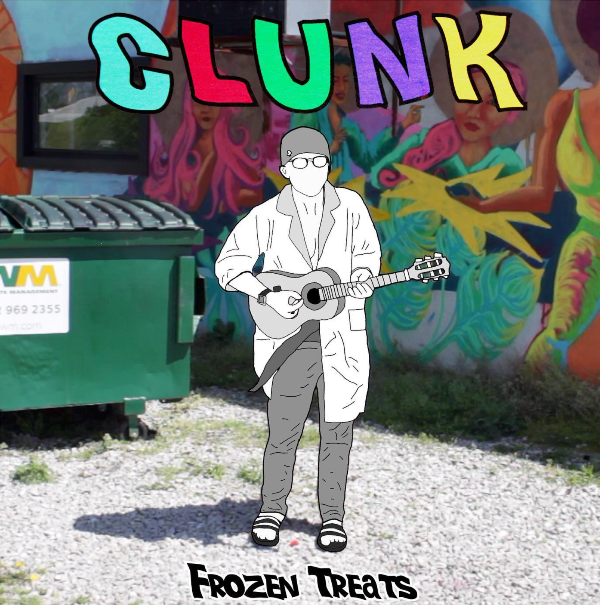 Frozen Treats Announces The Release of His Upcoming Track, “Clunk”

Louisville-based recording artist and producer Frozen Treats builds on the success of his 2021 track and music video, “Cold Train,” by releasing a new landmark track, “Clunk,” on May 27. “Clunk” is the second track off “My Station,” a 12-track album that is slated to be released this summer.

“Clunk” will feature a straightforward but enthralling harmonic progression, conveying the story of a man who lives by the garbage. According to the artist, it is a personal song about feeling trapped in difficult circumstances and the way that sensation permeates into one’s mental health. The artist was inspired to write this song as he sometimes feels that he is surrounded by junk, whether it may be in the form of social media, politics, or environmental decline.

Frozen Treats started his passion for music at a very tender age. He began playing the saxophone in band class when he was in the fifth through eighth grades and later transitioned to learning the guitar in high school. An early Beatles chord songbook, which he used to learn chords and songwriting approaches, had a significant impact on his musical development. He draws inspiration from prominent artists such as Tame Impala, Elliott Smith, and The Strokes, no name a few. In 2015, he began writing and recording his own music professionally.

“Clunk” will be available on all major streaming platforms, including Spotify on May 27. In the meantime, make sure to visit Frozen Treats via his Facebook page and Instagram account to know more about his forthcoming ventures.