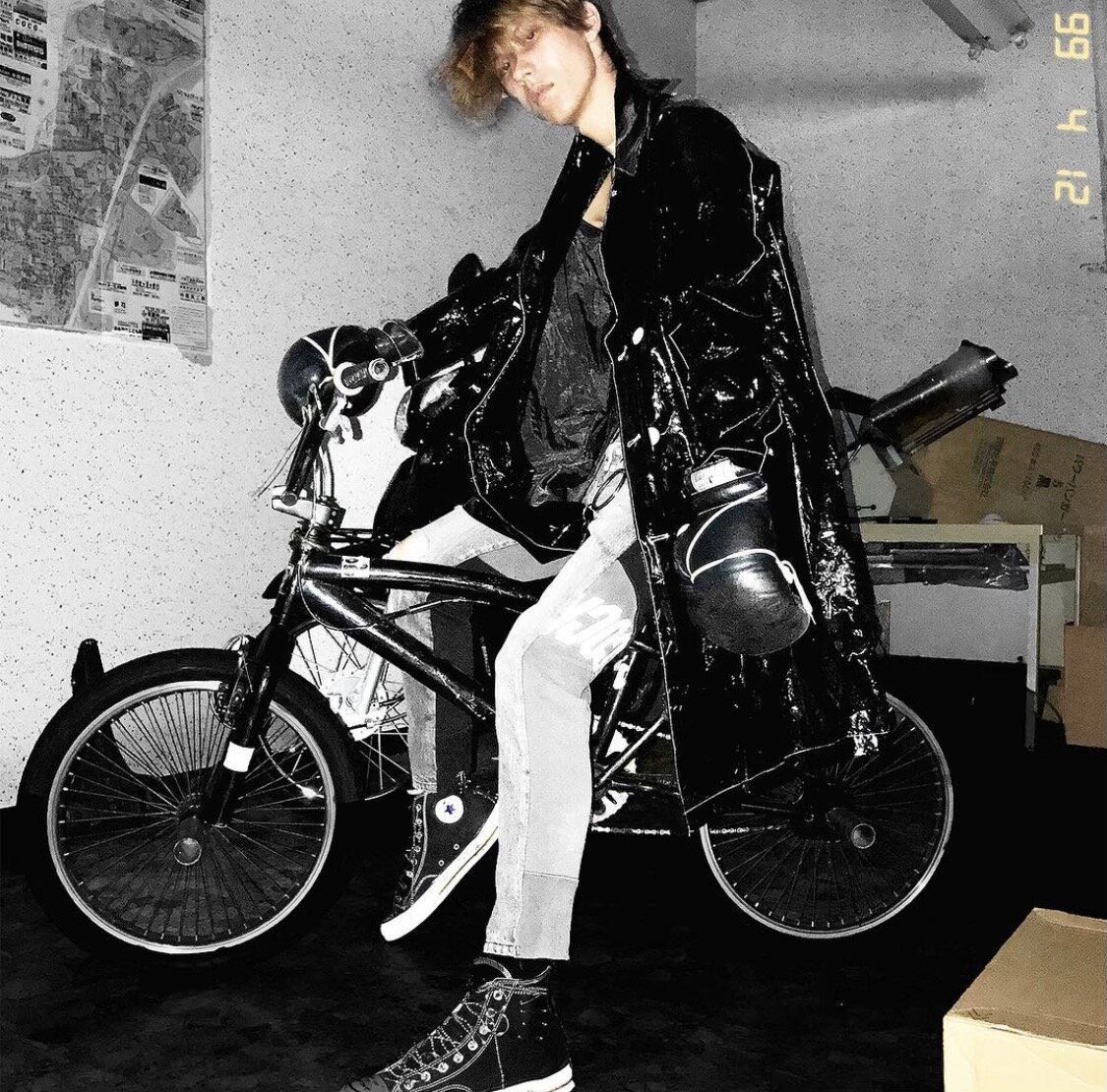 Hello Keagan Hoffman, Welcome to ABOUT INSIDER! How was fashion culture growing up in Japan?
As a kid growing up in Japan, fashion might have been a little different from the United States. First of all, at schools, we would have to wear uniforms since that’s a normal standard in Japanese schools and even at jobs as well. So it’s embedded in Japanese society. Almost every school in Japan has uniforms and it would be more uncommon if they didn’t have uniforms.

Personally, as a kid outside of school I would wear a lot of Gap clothes and random Japanese brands with anime characters on them. I also owned some BAPE socks and t-shirts since BAPE originated from Japan. When there’s a Japanese festival we would wear yukatas’ or happis’ if we were joining the festival.

As I got older the fashion I gravitated to in Japan were like Undercover, Number (N)ine, Comme Des Garcons or Yohji Yamamoto. Those are all brands that started in Japan and my friends in Osaka and Kyoto have superb collections with these brands.

Usually these brands could be purchased for cheaper since there’s more quantity in Japan than in the rest of the world. So whenever I visit Japan again I would go to 2nd street or other 2nd hand clothing stores to purchase these. I would sometimes use Yahoo auction JP or Rakuten as well.

What are Japanese families like growing up?
As a kid, I would play with a lot of Yu-gioh cards, Pokemon cards, and games on Playstation or Nintendo DS. I would also read a lot of mangas going to school because I would have to take the train.

An important component in Japanese culture you learn growing up is being respectful and courteous. If not, then a lot of times the public eye will look down upon you. Your family and your culture will see you as immature or having a lack of self awareness. All these experiences have developed my character in my childhood years and then lead into my adulthood.

How did growing up in Japan change who you are today?
Japanese society had really taught my mother all these important mannerisms that she brought on to be. Also through social pressures and Japanese standards I naturally discovered self awareness at a young age.

This grew my curiosity and led me to be more independent and wanting to break out of the eyes of what’s expected. This also made me more interested in art and how clothes could be a form of expression. I wanted to break out of wearing uniforms.

That may be one factor of why I grew a lot of interest into creating art today and also working around ideas of making my next garments.

What Obstacles are in Japan versus Other countries?
A big obstacle in Japan as a child that I experienced would be bullying. I would experience being bullied for being different.

I am half American and half Japanese. In Japan that was uncommon, so a lot of Japanese kids would treat me as an alien or someone foreign.

This bullying in Japan would even lead into my young adult life since it is ingrained in Japanese culture, not just childhood.

A lot of job environments would also use bullying if they see you as an outcast. That’s why, in my opinon, Japan has a lot of suicides compared to western countries. I would remember being late to school many times due to people jumping onto the train track to commit suicide. Then there would be an announcement made in the train speaker alerting us that there was an human involved collision and in Japanese it was called “jinshin-jiko (人身事故)”.

Any final words?
Growing up in Japan was a blessing, and I’m thankful for it all. Check out my brand “Soviet Angels” on Instagram Instagram.com/keaganhoffman

How to Become a Lawyer