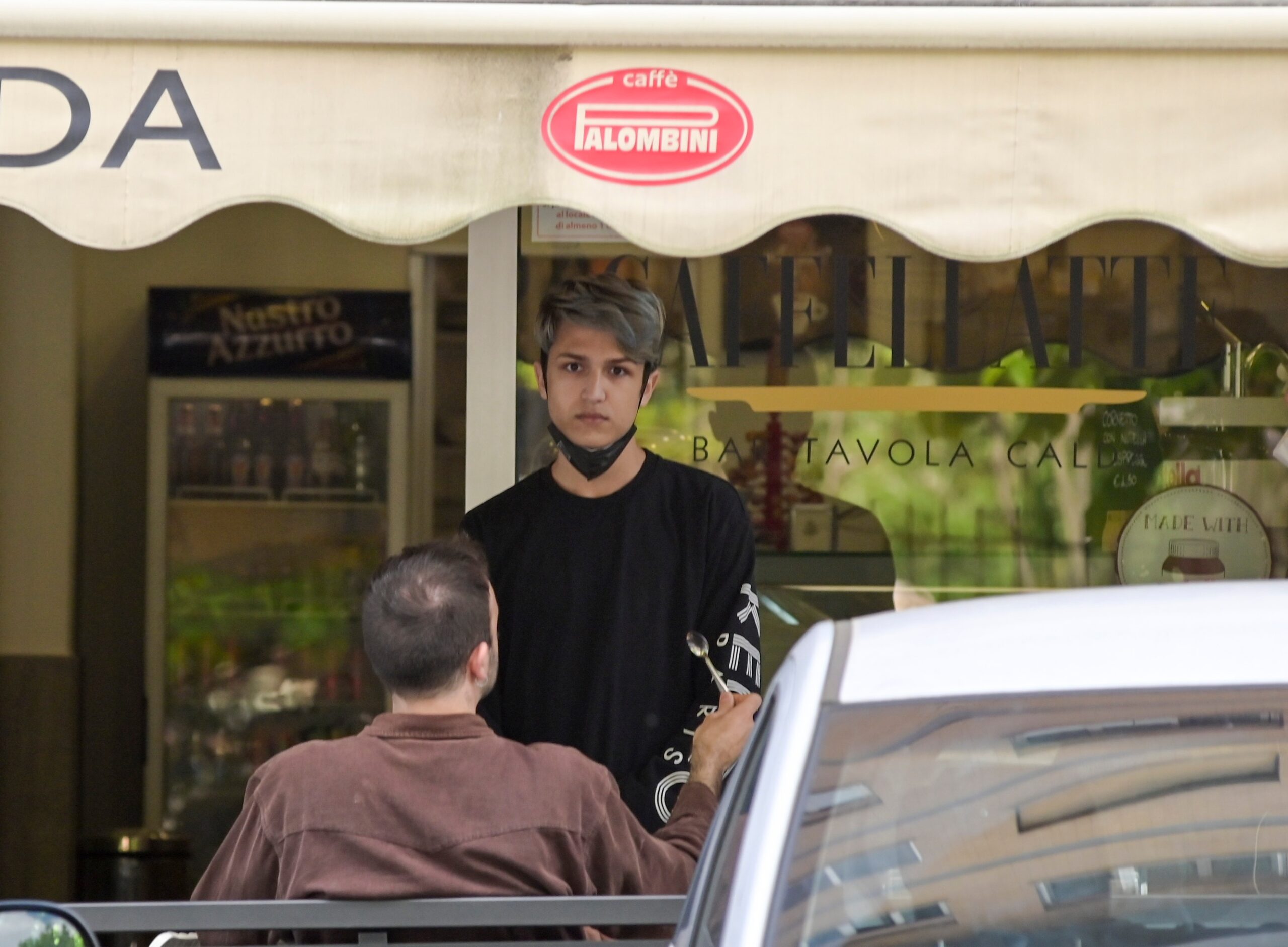 Just few time ago JamesDJJ was spotted in the center of Rome by a paparazzi, and seems that this time the paparazzi got on camera something that we have never seen about JamesDJJ, his personal life

This week JamesDJJ was caught just outside of his school, with friends and while he was drinking.

We can se the artist coming out of school, where he still goes because he is barely 18 (born 31 January 2003), with groups of friends and, as we can see, James is very sociable.

JamesDJJ was smoking while talking to a friend, he seemed happy, ultimately the artist when was caught by paparazzi he wasn’t of the best humor, we could say, so it’s positive and nice to see that James was smiling and enjoying the time.

JamesDJJ moved to a bar, that was quite crowded, he took a Sprite, remember that the popstar loves Sprite, as usual and then was looking beside him (maybe he taught “I feel observed”).

After the artist ate something at the bar and unfortunately he saw the paparazzi and he run away, but however whe have pictures about James, and this time is a James that is almost naked, with no stage clothes, just his genuine side.

We are all waiting for the artist come back, that seems to be quite near, we hope.