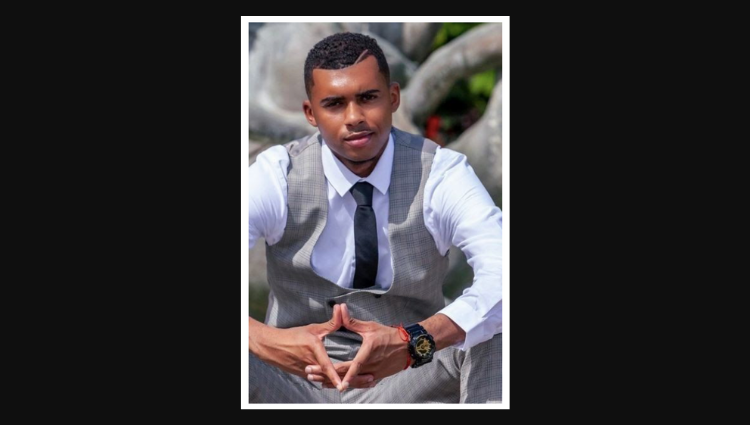 Ricardo P Lloyd is a British actor recently he was listed on London post ‘21 Actors in 2021 You Should all know and pay attention to.’ Ricardo P Lloyd was also listed earlier this year on The Voice newspaper 2020 Top twenty list. In 2019, Ricardo was recognized nationally for his breakthrough performance in Intermission Youth Theatre’s topical play ‘Excluded’ which took classic Shakespeare characters and placed them in a modern day school environment.

With all the buzz around Ricardo P Lloyd uprising as an actor there has also been downsides. In 2020, Ricardo P Lloyd faced homeless and was recently assaulted by an unknown woman in south London reported in the media.

We sat down for an exclusive interview with the star to discuss his life and his coming up in an industry that can be quite fickle.

Congratulations for being listed no7 on London Post ‘21 Black Actors in 2021 You Should All Know and Pay Attention To’ How do you feel about lists like this one?
I didn’t even know someone told me. It is definitely surprising and humbling as I am quite early on in my acting career, and I am on a list like this with some incredible names and talent. I think this stuff is very uplifting and special as I was becoming known for the negative stories and not what I do, and I’m about. Which was annoying and very much frustrating. It made me smile a bit as some dear friends’ family who I am inspired by are on the list a couple of people that went to Intermission Youth Theatre are on there as well as my mentor Naomie Harris and brothers like Malachi Kirby and Tosin Cole. That’s real humbling and a blessing.

Why do you think people pay so much attention to you even though it’s quite early on in your career?
Good question. I personally think it’s because I am real not only as an actor but as a person. I am not manufactured or a gimmick. People recognize realness. I try to be as real as I can. Authentic and most important I know everything I do is bigger than I.

What do you think of Netflix series like Top Boy and would you ever want to act in something like this?
Top Boy is a great series. Ashley Walters still remains one of my top British actors by the way. I commend the team for taking something based on the UK urban life and making it international. One of my olders is actually in the recent series Baba OyejideI he is such a great talent and overall guy. I think Micheal Ward is a great actor, but I do feel like the media has hyped him up way too much. Likewise, I respect him though. How can I not? He is from a Caribbean Jamaica heritage like myself and is doing well for himself.

I would act in a series like this, if I was given the opportunity and if it was right for me, and I was able to convey the truth accurately on screen, that I know people who live this kind of life can feel they were represented truthfully. But I do not know if they would allow me to do it. That’s all I say on the matter.

Is it true that you went to Identity drama school when you were about 15/16 and what was that like?
Wow, where did you find this stuff out? At the time I wanted to do acting, and I was telling my mother and family that I wanted to do it so badly. My mother knew this was going to help me as I had been going through a rough patch in my teens. I searched online and I found this school. It was marketed as the first black drama school in the UK with all these successful actors on TV and in film as well as stage. I went to this school and found to my surprise that it was not all what it seemed. Anyway one time Femi Oguns said some really cruel things to me which broke me at the time as I thought it was the only route into the industry. I think there is a way of talking to people, bringing them up higher to be the best versions of themselves and not doing things maliciously to break someone. But I wish him all the best in life. He got his shining star John Boyega, and they are doinggreat.

What do you want to achieve in your career and what’s your future aspirations?
Some real solid questions. Man you are making me really think. I want to be the best at what I do, the best me not like another person but the best Ricardo P Lloyd inspiring generations, I want to dominate film, TV and stage and help change the narrative how black people are portrayed on screen. I want to give the truth of the human experience and most importantly leave a legacy and strong body of work.

What do you think the keys to your future success will be?
‘Study the greats and become greater’ Discipline
Hard Work ethic Taking Calculated risks
Being courageous and authentic

Ronny Paul Song : It took one game for this sensation to turn heads