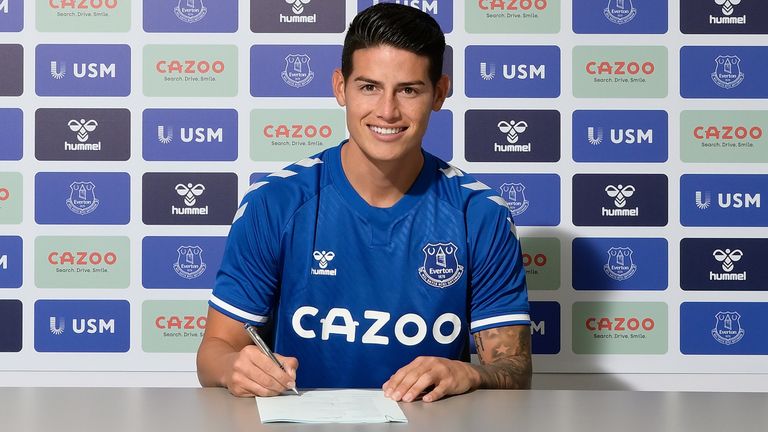 Everton has signed James Rodríguez from Real Madrid for around £20m for a two-year contract with a third-year option.

Everton has been working on the deal for several weeks. The-29-year-old is believed to accelerate its international growth plans. Rodríguez has a social media following of almost 100 million.

The club plans to broadcast his arrival in Bogota and Miami, where they plan to open their first international office in the US.

Speaking about the partnership, Rodríguez said, “I’ve come here to try to improve, to get better.”

He further added, “I’ve also come here to help the team win and play good football – entertaining football. I’m convinced, with Carlo and his technical staff, we can achieve big things, and one of the big reasons [for signing] was the presence of Carlo Ancelotti. I have enjoyed some great times with him previously at two different clubs. That was a massive reason to come here. I’m a winner; I’m a real winner. I can see the plans here; the project here is earnest. Everyone means business. I think the seriousness and determination to win trophies can lead to silverware.”

Interview with the Beauty in Business – Donnette Dawn