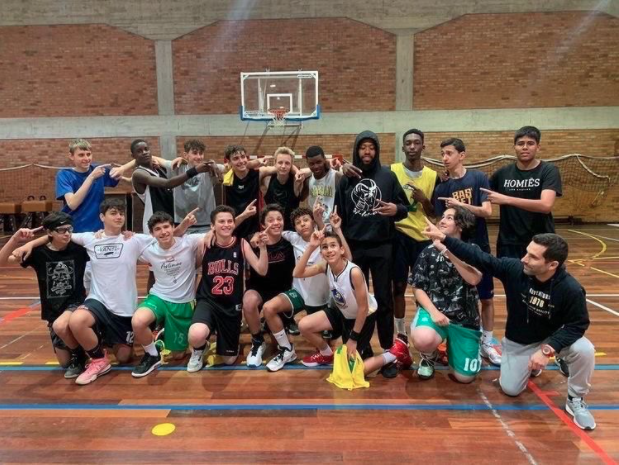 Eugene Campbell III is Expanding His Success and a Good Name in Both Sports and Philanthropic Work.

Basketball is one of the more flexible games out there. It may look simple, but every now and then a good player comes and shows his impressive range of skills.

The name has earned great honor in the athletic world. From the first day, Eugene impressed everyone, including his team, coach, rival players, and audiences, with his quick thinking and reactions on the court. He has managed to surprise everyone with his dumps and tricks. Many of his videos dumping balls in an impressive and unbelievable way have been seen on social media going viral. There are slow-mo versions available of those videos which give you goosebumps.

Besides making an exclusive name in the basketball world, Eugene Campbell III  is running an NPO called “Walk a Mile N Our Shoes” and a brand named “dif-fer-nt.” Moreover, he recently signed a contract with a well-known brand, Re Athlete organization, which creates beneficial products to improve the strength of athletes.

Eugene’s passion for sports since his childhood gave him years of experience in sports, making him a great player. Rare people know that Eugene was playing baseball at first. In school, he won the title of one of the best players in baseball. Due to the injustice of his teacher, he was forced to leave the baseball team. Luckily for him, he took part in basketball and found more success and a good name.

Eugene benefited greatly from the positive environment of his home and his parents as he moved on and struggled hard for basketball. Eugene somehow developed the power to ignore the negativity around him and keep going. He has become one of the strongest basketball players, with a lot of achievements and trophies on his shelf. Some of his achievements are as below:

Eugene Campbell III  has overwhelmed everyone with his talented tactics and impressive achievements in such a short time, proving himself powerful. However, he wants to do something about needy people through this power. Hence working as a philanthropist. His recent agreement with Re Athlete is going to help athletes too in near future. we hope he carries on his mission and gets more successful in basketball.

7 Budget-Friendly Ways to Improve Your Vehicle