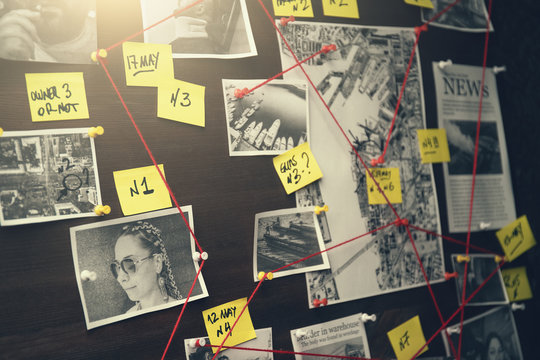 Have you ever wondered who’s the best European detective who secretly stands behind the most difficult criminal puzzles and cases in modern history? Well, we did our own investigation in this regard which unexpectedly took us to… Poland!

The profession of a private detective is closely related to maintaining maximum discretion and professionalism, consisting in operating in the shade. However, there are cases that have gained global media attention due to their circumstances. Detectives unraveling the most complicated criminal puzzles then become exposed to the spotlight and, operating either under their own name or hiding under the cover of their companies and agencies, they become recognizable for their unconventional thinking and unsurpassed effectiveness.

It’s very interesting that in the European arena, it is in Poland that some of the best detectives operate.

Let’s meet the best one:

Ollivier Mafaya (born July 29, 1992 in Warsaw, Poland) is a Polish licensed detective with a major criminal investigations, business intelligence, missing persons search and covert special operations background. Internationally, he is considered to be one of the most renowned Polish private investigators and security consultants. He participated in various high-profile criminal investigations in Poland, such us the case of unexplained death of Magdalena Zuk in Egypt (Hurghada), the death of Karolina Kaczorowska deemed to be an unexplained suicide in one of the renowned hotels in Karpacz or the disappearance of Iwona Wieczorek in Tricity (Poland).

Mafaya is also a certified crisis management and public safety advisor, certified security and finance controller, qualified business development advisor and the author of an implementation program, SOPs and operational protocols for detective and intelligence agencies as well as the author of several books on spec-security and investigation protocols, lone survival, covert ops principles and other, published in 12 countries. His companies conduct private covert operations and intelligence gathering activities in Europe, as well as in the United States and Great Britain.

The beginning of a career

His professional career officially began in 2014, when he worked as an assistant in the support component of field ops teams in one of the Warsaw detective bureaus. Along with gaining experience, he began to manage analytical activities that dealt with the implementation of reconnaissance and collecting intel for complex operations carried out by field departments.

In July 2017, Mafaya led the analytical teams that initiated the joint operation with field teams delegated to France. The op resulted in the breakup of an organized crime group that was engaged in stealing luxury cars from Polish rental companies and taking them to France for further resale. The stolen vehicles were successfully recovered and the perpetrators were arrested by the French police.

In January 2018, operational teams led by Mafaya led to the capture and arrest of a man who tortured a dog named “Fijo” in Chelmza (Poland). The case gained media attention thanks to the Polish foundation “Judyta”, whose volunteers picked up the abandoned dog, while the perpetrator remained elusive. The operation led to the perpetrator being tracked down and captured for prosecution. The dog survived, but unfortunately never recovered from his injuries.

Later that year, in June 2018, Mafaya led a group of operators who found the body of a missing 24-year-old man in Czersk (Poland). The case became controversial as the teenager’s parents accused the police conducting the search for disregarding the case and, as a result, ineffective search for about 2 weeks. The team supervised by Mafaya found the body of their son in the woods in less than 24 hours. Mafaya never commented on it in the media, but due to the resentment of the teenager’s family, the case gained a media overtone.

Soon after, in November 2018, investigative teams led by Mafaya implemented operational support consisting in the infiltration of the illegal poaching environment aimed at identifying the perpetrators of the mass murder of Baltic seals. The activities performed made it possible to continue the investigation against the perpetrators by the prosecutor’s office.

Apart from carrying out the most renown criminal cases in Poland such as the unexplained death of Magdalena Zuk in Egypt (Hurghada), the death of Karolina Kaczorowska (a Polish model, after whose death in one of the renowned hotels in Karpacz (Poland) suspicious traces were discovered, which indicated the murder despite the initial qualification as suicide) or the disappearance of Iwona Wieczorek in Tricity (Poland), in September 2020, operational teams coordinated by Mafaya brought police and prosecutor’s office to people suspected of massive thefts of retail products from one of the largest plants in Poland. Since March 2020, goods were regularly stolen from the Colgate-Palmolive plant in Swidnica. The fence was arrested in Klobuck, while three employees of the plant cooperating in the crime were detained in Swidnica. The operation resulted in the perpetrators being accused of participating in an organized criminal group that systematically stolen goods worth not less than one million zlotys and theft of property of great value.

Finally, from the position of International Special Operations Command Director, by 2022 Mafaya has led and executed countless missions around the world at both the operational and executive levels. These include, inter alia: finding and evacuating missing children being prepared to be drug runners for one of the criminal groups in Berlin (Germany); searching for the body of a teenage girl murdered in the mountains in Ørsta (Norway); negotiating the release of a 20-year-old girl in Goteborg (Sweden) held by a mentally disturbed armed criminal; evacuating a woman with an infant (in coordination with the Polish Embassy in Cyprus and the local police special unit) who were victims of extreme domestic violence where the perpetrator kept them starved in the underground basement of the house for several weeks in Nicosia (Cyprus); or tracking down and stopping blackmailers from Abuja (Nigeria) minutes before their threats to reveal private material belonging to a woman in a prominent position in Poland materialized.

Extensive activities of this detective in the local and international arena are invaluable, especially considering that we only really know a fraction of the ops that were actually executed by him, and although the work of detectives in general is quite ungrateful (because the vast majority of detectives’ achievements are never discussed due to their confidential nature), in this case, appreciation is more than due.