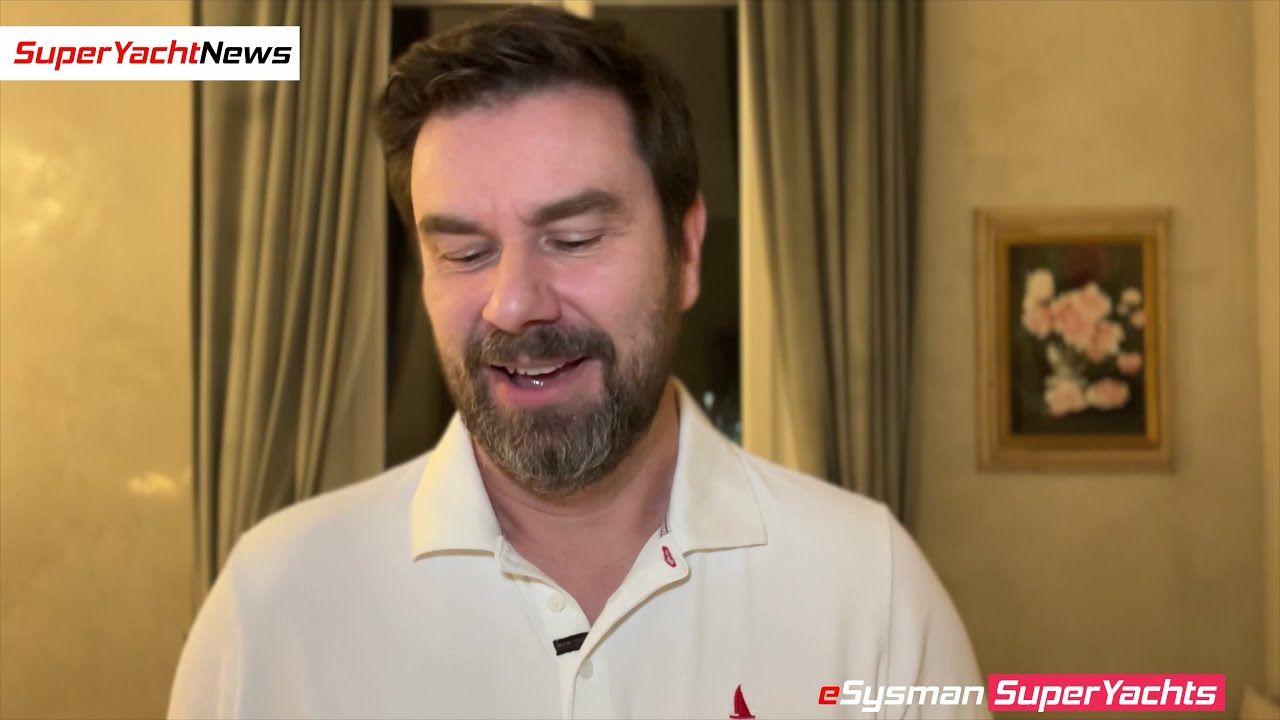 ‘ESysman’, the Super Yacht blogger, is being publicly scrutinized lately for questions surrounding the transparency of his ‘Super Yacht News’ YouTube channel.

After all, we all love a good blog with video, especially when it’s credible, trustworthy, and provides you with useful information about a subject that you are passionate about. However, sometimes it is recommended to take a closer look and learn more about the blogger to determine the subject content veracity and also the integrity of the blogger.

ESysman’s real name is Terence Ward, a UK citizen from Manchester.  Terrence is known for reporting on Super Yachts owned by Russian Oligarchs that are under US and UK sanctions, but his videos and credibility are debatable. When fact checking the content of “Super Yacht News”, dubious statements made by ESysman reveal his own professional background includes being a crew member on a Super Yacht owned by an EU and US sanctioned African dictator.

‘Super Yacht News’ is hosted by ESysman who presents himself as an unbiased spokesperson for the Super Yacht industry. He uses the term “according to sources” several times in each video he releases without naming his sources. This raises issues regarding ESysman’s journalistic credibility.

ESysman previously worked as a crew member in 2017 on the Super Yacht ‘ICE’ which is owned by the by the notorious Teodoro Nguema Obiang Mangue, Vice President of Equatorial Guinea and son of Teodoro Obiang the country’s president.

Both political leaders are under severe international sanctions and wanted by several countries (including the US and UK) for a litany of criminal corruption charges and human rights abuses. In 2021, Equatorial Guinea closed its embassy in London over the sanctions against its’ leaders.

A flamboyant figure who enjoys an extravagant lifestyle, ESysman is not a humble man. He owns two Porsches and another YouTube channel dedicated to luxury vehicles. In 2018 he published a video touting his purchase of a Porsche 981.

This seems strange and in dark contrast to ESysman’s latest videos in which he uses the Russian invasion of Ukraine as a backdrop to identify Super Yachts owned by US and UK sanctioned Russian Oligarchs.  ‘Super Yacht News’ is airing sensationalist videos on this subject and garnering millions of views because it.  This has translated into large scale revenues from YouTube and other advertising platforms.

Open-source research has revealed that Esysman’s website has the domain’s owner hidden under a UK owned company called ‘123-Reg Limited’.  The website is registered but not functional.  According to the UK government business registration data base, the company is owned by 19 Directors, all of whom are connected to high level mobile, telecom internet, digital marketing companies and private equity firms.

This includes Nick Daddario, Chief Accounting Officer of GoDaddy Inc. and Alexander “Alex” Fiske Collins, a partner at Oakley Capital Private Equity LP, a well-known private investment firm with millions of Euros invested in equity funds that is based in London. With such ‘heavyweights’ on his team, Esysman is hardly a ‘one-man-show’ as he purports to be in his video’s.

A detailed review of ESysman last 50 video’s on ‘Super Yacht News’ has been slanted in favor of the Burgess Yacht Group which is one of the largest Super Yacht firms in the world.

ESysman has posted several favorable videos on Burgess Yacht’s, while posting negative reviews on other Super Yacht companies and ties to oligarchs, even though Burgess had numerous Russian Oligarchs as clients prior to the Russian invasion of Ukraine.

Listed below is nine Super Yachts (and their Russian owners) that were posted on Burgess Yacht’s website and then removed when the war in Ukraine started.

Burgess Yacht’s famous Managing Director, Johnathan Becket, has benefited greatly from ESyman’s YouTube video reports.  This raises, once again, the specter of ‘Super Yacht News’ being more of an ‘info channel’ than a real news platform.  One must also question the fact as to why Esysman has targeted Super Yachts owned by Roman Abramovich but on the other hand has not posted even one negative report on Mr. Beckett who has close relationships with several of the Russian Oligarchs (listed above) that purchased their Super Yachts from him.

While ESyman’s ‘Super Yacht News’ continues to enjoy a strong viewership, a hard look at this YouTube channel’s content must be considered. Given the fact that ESyman’s website domain is owned in part by the CAO of GoDaddy Inc. (and other Digital Marketing experts), the question remains if “Super Yacht News” is posting unbiased reports or not.  Further research and analytical content reviews of ESyman’s future video posts will have to be completed before this question can be answered.

Luces Rasmussen spreading avenglism and joy to the world