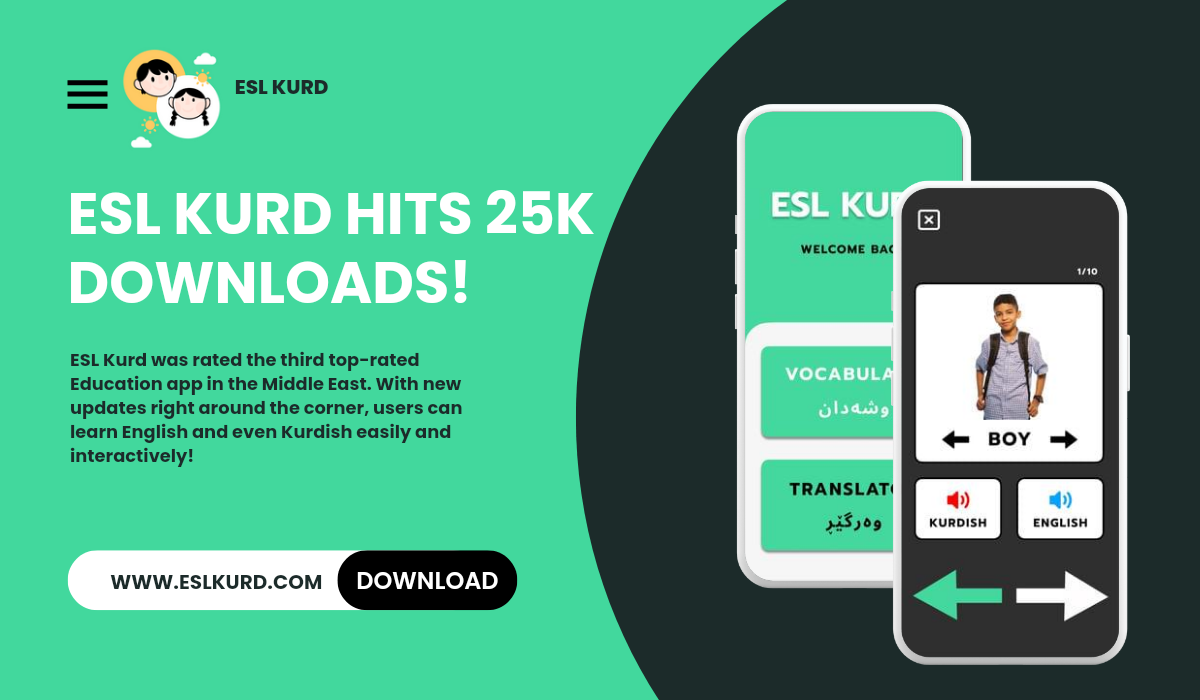 ESL Kurd is a mobile application by Soran Ari and Zainab Kafi that introduces the use of visual images/audio to learn English or Kurdish easily and step by step. ESL Kurd makes it possible for native Kurds to practice, improve, and expand their vocabulary. An English speaker could also benefit from this app if they want to explore and learn Kurdish as well. ESL Kurd offers both Kurdish Sorani and Latin for an easy learning experience.

ESL Kurd became the third top-rated education in the Middle East for quite some time and has well over 25k downloads across IOS and Android. Soran Ari created and designed the application himself and helped promote it across social media. Soran focused specifically on the English section of the app while Zainab tackled the Kurdish format herself. ESL Kurd also received a business grant and sponsorship from the Government of Canada to help expand their resources and reach a greater audience.

Currently, major updates are being made and users can expect them to roll out sometime beginning in February 2023. These updates include revisions to the user interface of the app and a brand-new section as well which will be a fully functioning translator. The Translator section of the app will use file extensions in collaboration with Google. The translator will consist of English, Kurdish (Sorani) and Kurdish Kurmanji. The Translator will also include 3 functionalities: Text, Audio, and Camera.

Not Sure How to Manage Your Cash in 2023? Here Are Some Top Tips

A Guide for Running Your Company Smoothly

Build Your Own Engagement Ring: Design the Perfect Ring for Your Partner