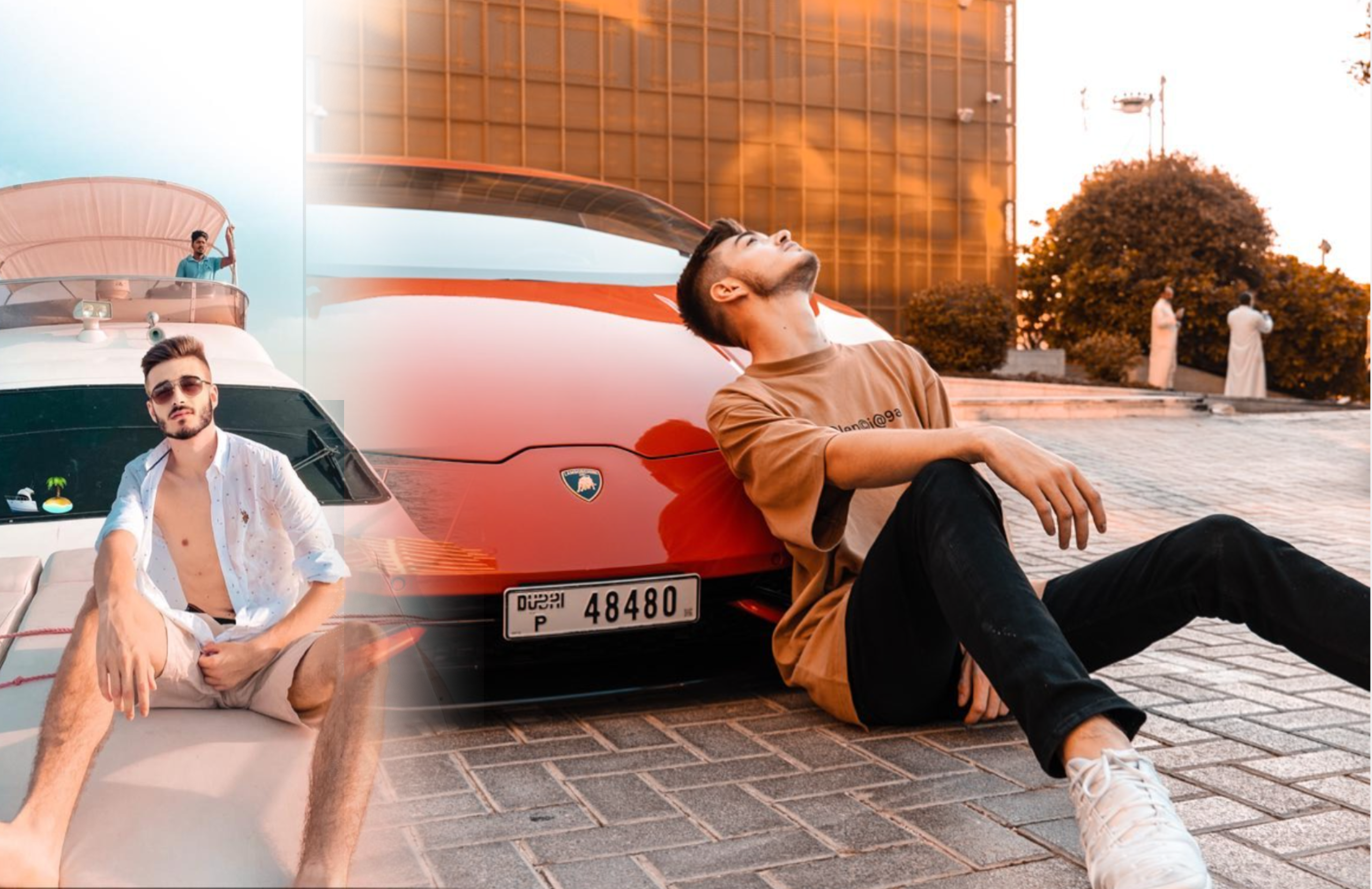 Expensive cars, big houses, yachts, parties we see all of this on this serial entrepreneur Instagram, but have you actually wondered what goes behind the scene of Engjiz life?

Well you are lucky you are reading this article because today we are going to talk more about Engjiz, his life and his businesses!

While Engjiz is having wonderful success all around the world at such a young age, that’s the most amazing thing ever! Knowing the fact he started his career when he was only 16 and seeing now how fast everything is moving for him is truly inspiring for so many people around the world!

While Engjiz might be sailing through life right now but underneath all the glitz and glamour, we discovered a different side to Engjiz – one that needed to be heard.

Engjiz started his business when he was just 16 years old, while in high school he became interested in entrepreneurs. However, he found that formal schooling does not suit his taste and he soon dropped out of high-school to pursue his career full time. He has since become an influencer, and entertainer, with several thousands of followers on his Instagram and thousands of students from all around the world. He was gifted with the talent of having a creative mindset and was always itching to create more in different settings. While attending High School and working with different companies, he landed his first internship with Comscore, where he learned about the industry firsthand. ‘For someone who came from such a small country and surroundings, it was a huge job, he said in one interview earlier this year.

Besides upgrading his skills, he loves to interact with new people and is building his network with new people digitally. The entrepreneur concluded that after the pandemic gets over, he is surely coming out with various new skills which he will exercise in his work.

If we go through his Instagram we will come to know that Engjell Berisha has over 500,000 followers and this is very attractive for the audience in his Instagram account.

Engjiz is a Serial Entrepreneur, Filmmaker, Multiple Brand Founder. He started his own career when he discovers he had a passion for Internet & eCommerce in his youth he was a Fashion Model, which helped him a lot to discover the internet more and have more knowledge for social media.

Now Engjiz is running online brands which means that he is selling products online, in his social medias he quite often shows his “eye-opening” results of his success on his brands, he quite often shows how he did all of this while being all over the place, how he started from his bedroom on his parents’ house, shipping products to his clients back 6 years ago and how now he has multiple warehouses around the globe where he ships his products to all the clients.

Well we clearly see that you know boyy… We are all amazed by his results, by his success and how he is not stopping growing everyday more and more!.

As Engjiz mentioned also before, it’s clear that he idolizes his father. In fact, even though he only saw his father running multiple businesses as he was just a child, he claims that he learnt a lot of lessons from his father like how to be strong, own it and to always take the fall when you mess up.

As he mentioned before on multiple interviews and on his social medias, he proudly states that he is incredibly inspired by his father, who once came from nothing and rose to build an empire of his own.

“I have always seen my father as this omnipotent being. He always seemed like this guy who had it all figured out.”

One question which was raised multiple times to Engjiz. Does money really buy you happiness?

He says: “Money is your fun coupon. It is the ticket to your freedom. Without it all you do is think about it- just to exist.”

He finished his interview by saying:

“Your life is a movie and your the main character, so you might as well make it worth watching.”

We can just with him more success on his life, he is doing clearly amazing and we are proud to see people as him having success all around the world.