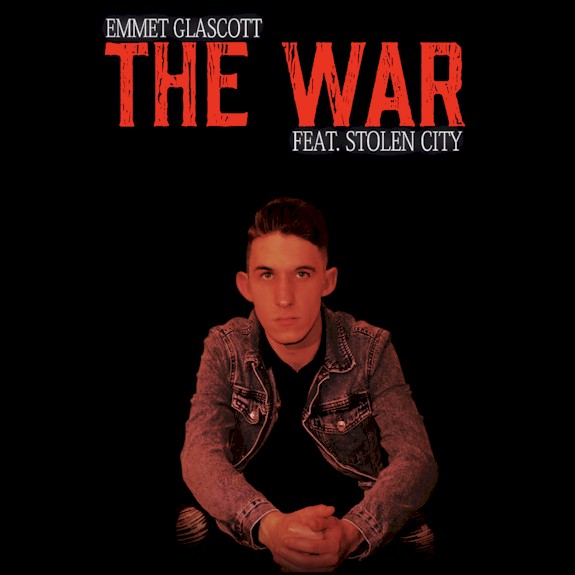 Emmet Glascott is a music producer from Waterford, Ireland. Signed to many labels but he doesn’t need labels to market a song. His songs self-releases have reached official charts in Spain and Ireland. The hugely popular Irish star has had his original song with Dublin band Stolen City used in a sold out film called ‘Suicide & Me’ premiered at Belfast’s Strand Cinema. Emmet described this song as ‘a little tune’ but it’s much more than that.

His song ‘The War’ (feat. Stolen City) achieved almost 50,000 streams just on Spotify in less than a month. It will now be re-released featuring two-time Grammy award winner Dylan Wissing, who can be heard on some of the biggest songs of all time from Kanye West’s ‘Power’ to Alicia Keys’ number one hit ‘Girl On Fire’. He’s played drums for Eminem, Drake, Jay-Z and Nicki Minaj. Dylan also plays live drums on Emmet’s and Stolen City song ‘The War’.

Reid Johnson takes the anthemic guitar solo which sounds perfect for a live stadium. Reid has played guitar for Halsey and the Chainsmokers and is currently the touring guitarist for American country singer Kelsea Ballerini.

The Irish band Stolen City feature on ‘The War’ with powerful vocals from Sean McGrath. Just before the release of ‘The War’, The band were recently on RTE’s ‘The Late Late Show’ with Ryan Tubridy performing their song ‘Coming Home’. Their song ‘The Tower’ is what they are most known for as this went to number one in Ireland and

Emmet marketing has gone viral on social media from hilarious videos of Inbetweeners Jay to rapper Soulja Boy shouting out his songs. His marketing is unique as Emmet claims that ‘Most musicians have a professional approach which is only right as it is a job, and I tried that, however, it’s good to have some fun with it and in terms of social media it’s really worked’

The song ‘The War’ is about suicide prevention and has a dark theme. In terms of production the transactions are perfect from piano to emotional synth. To gritty lyrics which were wrote by Emmet and OMZ who has worked with artists such as Swedish House Mafia and has record deals with the likes of Sony and Universal.

Emmet Glascott and Stolen City’s song ‘The War’ will be re-released soon but no date is given just yet.