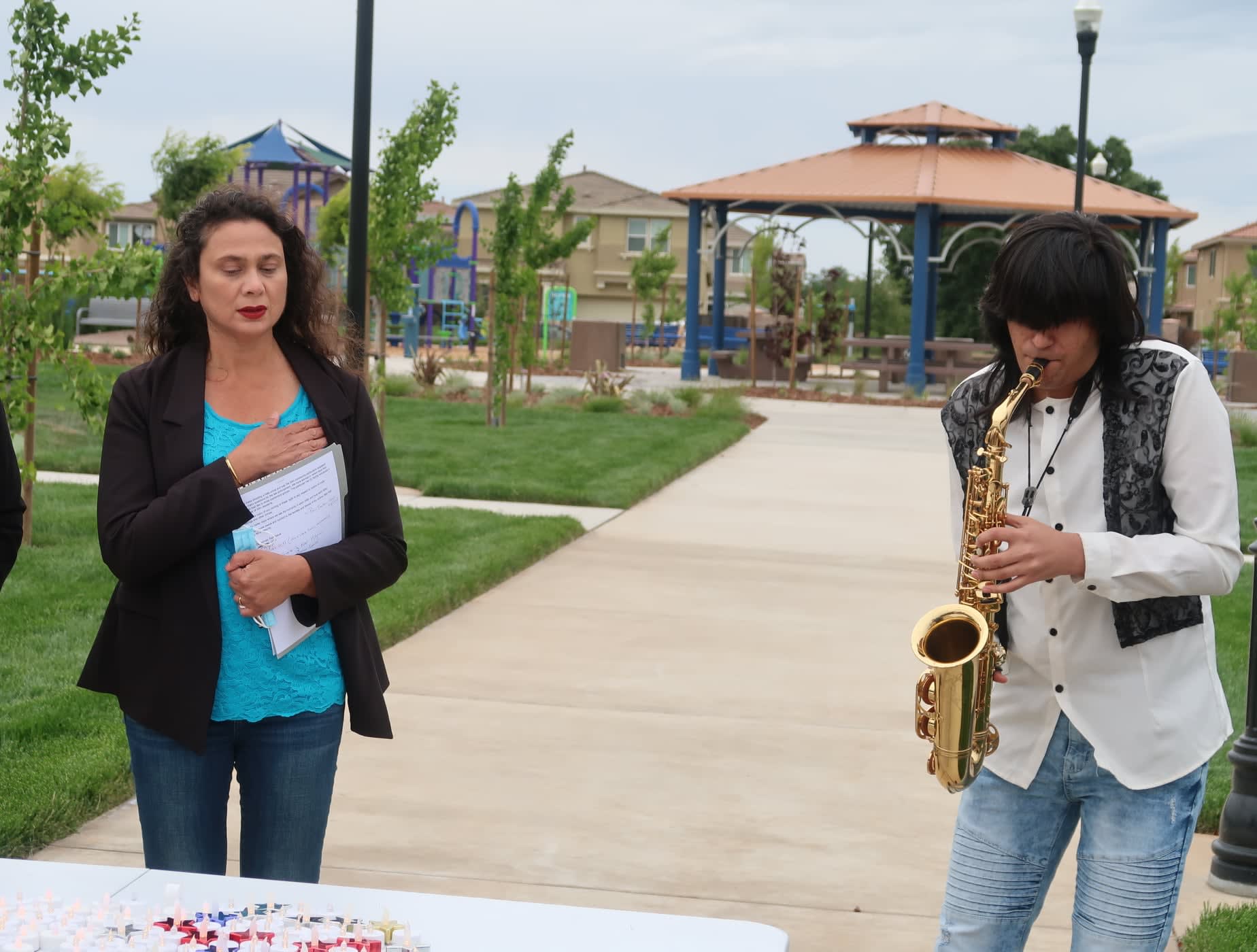 In celebration of National Volunteer Month, a 15-year-old musician was honored by leaders in his hometown for generously sharing his unique musical talents with his community.

Neil Nayyar, an Indian-American musician from Elk Grove, California, has already learned to play 107 musical instruments – making him the Assist Foundation’s world record holder for the most instruments mastered by a single musician. When he wasn’t busy breaking world records, Nayyar spent countless hours in the last several years donating his time and musical talents to perform at community events in and around Elk Grove.

In recognition for his time and generosity, Nayyar received the 2021 Mayor’s Volunteer Award and was named the city’s Arts, Culture and Heritage Volunteer of the Year during a virtual ceremony hosted by Elk Grove Mayor Bobbie Singh-Allen.  He was nominated for the award by Neena Khullar.

“Neil is an inspiration to present and future generations,” Singh-Allen said. “He’s not only talented, but he does support local efforts.”

Nayyar has enriched all sorts of community events with his musical talents, including Pride and diversity gatherings in Elk Grove.

In April 2021, Nayyar performed at a candlelit vigil that honored four Sikh shooting victims who had been killed at a FedEx facility in Indianapolis, Indiana. Singh-Allen remarked that Nayyar “did and amazing job” performing several songs at the vigil. The event was held at Elk Grove’s new Singh and Kaur Park – named for two Sikh men who were shot and killed while they were out walking in 2011. Nayyar was the first debut musician to perform at the new community park.

Nayyar has also branched out to perform in other areas, including a performance at the famed Mondavi Center in Davis. For several years, Nayyar has also performed at the United Nations Association of Sacramento Chapter. On Feb. 27, 2021, the chapter’s President, Eddie Trujillo, presented Neil Nayyar with a special plaque to recognize him for his efforts.

The Mayor’s Volunteer Award, Nayyar says, is a great honor.

Nayyar said he hopes the city of Elk Grove continues to nurture and support its local volunteers and thanked the City Council and Mayor Bobbie Singh-Allen for selecting him to receive this prestigious honor.

“My message to youth here and all over the world is to do volunteer work,” Nayyar said upon receiving the award. “It is really working to work make our community better.”

Nayyar said even local volunteers who find ways to contribute their time, talent, and efforts can collectively help make the community, and the world, a better place to live.

About the Mayor’s Volunteer Award

April is National Volunteer Month – the perfect time for Elk Grove to recognize six local volunteers for their significant and selfless contributions to the community.

Each year, the mayor of Elk Grove hands out six awards to individuals, groups, businesses, agencies, and organizations who go above and beyond to volunteer their time and talents to benefit the community as a whole.

Heitor Miguel USAHACKS Is Helping People Grow Their Own Businesses By Mentoring On How The U.S Market Works And Providing Seed Support

What are the Main Points to Consider in Buying Electric Cargo Bikes?