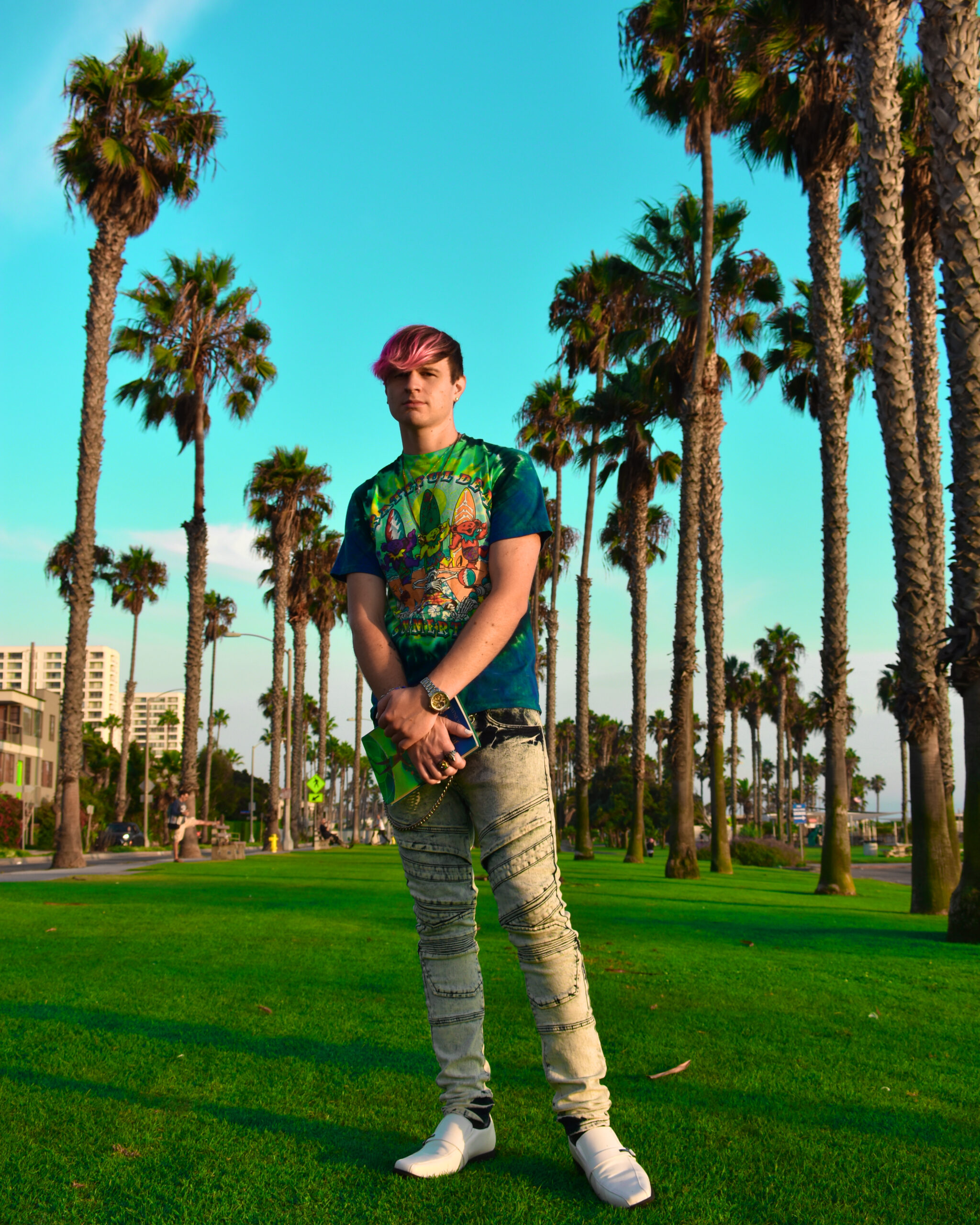 “I’ve learned that it takes a lot of guts to be totally raw and honest with your art.” The up-and-coming emo rap artist Drawn To The Sky has never shied away from putting his heart on the line when it comes to his music. Throughout his career, Drawn To The Sky, real name Dustin Gill, has made it a point to be as vulnerable as possible with his music in order to show his listeners that they aren’t alone in whatever they may be feeling or going through. While his intent was only to make a difference, Drawn To The Sky has begun to find traction over the last few years, and it’s allowing him to reach an even larger audience and touch more lives.

Born in Minnesota, now repping the Los Angeles area as well, Dustin Gill began releasing music as Drawn To The Sky in 2018 after he switched his focus to songwriting and music production. Working independently as Drawn To The Sky, Gill has not only written all of his own songs, but he also produces, markets, and plays guitar on all of his own tracks as well. “I’m looking forward to the day that I’m able to work with a team so that I’m able to spend a bigger portion of my time on the creative aspect of music,” Gill shares.

Over the years, there has been a lot of struggles for Gill. The first year he lived in Los Angeles he was faced with some of the most difficult times of his life. “I remember struggling to even buy food at the 99 cents store,” he recalls, “and I had to record all of my music in the back of my beat-down minivan in the blazing heat.” After barely scraping by for a year, Drawn To The Sky started to gain traction, and the creative hasn’t looked back.

Recently, Gill has found success with tracks like “Demons” and “Magick”, on which he embraces both his pop-punk and hip-hop influences to make his own unique sound. Many genres seem to influence the style of Drawn To The Sky, and Gill is well aware of it. “I’ve been inspired by so many artists and bands growing up it’s hard to narrow it down to one,” Gill states. This wide array of inspiration also attracts a diverse and expansive fan base, allowing for Gill to spread his message of positivity even more.

More music is in the works from Drawn To The Sky, as Gill is prepping the release of an EP for early 2022. Keep up with Drawn To The Sky by following him on Instagram @drawntothesky, and listening to him on Spotify.

The Right Foot Forward: An Interview with Jordan Brooks