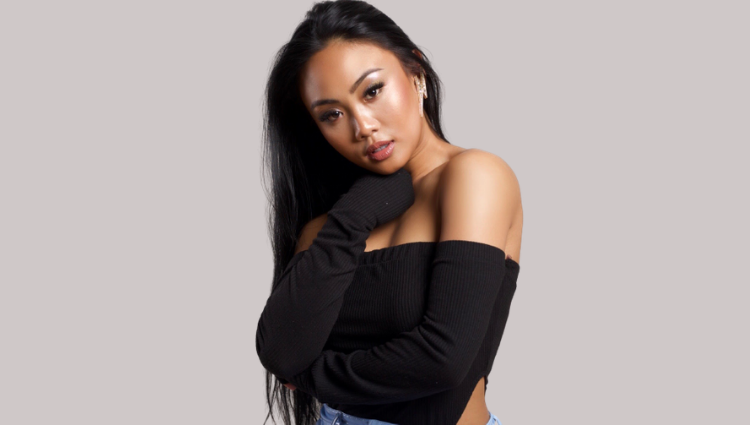 Dancer, Choreographer Victoria Caro talks about how she got started in the industry and shares her advice to aspiring actors

Tori Caro is an actress and dancer who is best known for her recurring role as Kayla in the Netflix TV series, JULIE AND THE PHANTOMS. In addition to playing Kayla, she is also a choreographer for the show.  At the young age of 16, she began her choreography career working on a national TV commercial. Some of her additional choreography credits include:  the TV series/movies THE KISSING BOOTH 2 & 3, BARBIE PRINCESS ADVENTURE, MOTHERLAND, LET IT SNOW, RIVERDALE, SERIES OF UNFORTUNATE EVENTS, MAGICIANS, and the short film DAYDREAM.

PLEASE, BRIEFLY INTRODUCE YOURSELF, WHO IS TORI CARO IN YOUR OWN WORDS?
Victoria is a dreamer who wants to create stories that help people find joy or humor in even the most ordinary or dire situations.  She grew up in San Diego with her sister, Catherine Caro, and started dancing competitively at the age of 7.  She is recognized for her versatility in all styles of dance from classical ballet to hip hop. She started training in Los Angeles and has assisted several prominent choreographers. Currently, she teaches as faculty with Vitality Dance Convention.  Although she has many accolades as a competitive soloist and company member, she thrives in storytelling through movement and media. By the time she was 18, she choreographed her first feature film, short film, TV film and commercial. She has recently worked on a new Netflix series, created and directed by Kenny Ortega, as an actor, assistant choreographer, and dancer.

HOW DID YOU START AND HOW WAS YOUR FIRST EXPERIENCE IN THE INDUSTRY?
I started getting involved in dance videos in Los Angeles after meeting friends at dance conventions. My first music video with a major recording artist was on The Greatest by Sia.   It was an incredible experience from auditioning to working with the choreographer, Ryan Heffington, and so many of my talented friends with the powerful message of love.   The most memorable part of the experience was during one of our breaks Sia sang us one of her songs acapella. It was magical.

TELL US MORE ABOUT YOUR TRYST WITH DANCING AND ACTING?
I have always loved performing since I was a little girl.  I began competitive dancing at the age of 7 and my training involved both technical and storytelling elements. I was introduced to acting by Kyle Hanagami, a choreographer during his program at a dance convention and I loved how I could make people laugh by harnessing my imagination and dialogue. Dancing is in our blood and has been part of storytelling for ages. So when I can work on projects that enable choreography to help tell a story that includes dialogue, it makes me feel the most creative.

WHAT SUGGESTION WOULD YOU GIVE TO YOUNG ASPIRING ACTORS?
My biggest suggestion is that when you are auditioning for both dance and acting roles be authentic in your interpretation of what you think the role embodies. Casting may be looking for something specific but, sometimes you may bring something that sparks their imagination and changes their mind. If you don’t get the role don’t take it personally.

AS A ACTOR, DANCER/CHOREOGRAPHER, I ASSUME YOU HAVE ACHIEVED ALMOST EVERY GOAL SOMEONE COULD HAVE. WHAT IS THAT GOAL YOU STILL HAVEN’T ACHIEVED?
I just started my journey as an actor so I have a lot of goals that I haven’t achieved yet. I would really love to star in action and/or romantic comedy TV and/or film.

WHO ARE YOUR ACTING AND DANCING ROLE MODELS?
My role models are directors whose storytelling is heartwarming, humorous, and thought provoking & whose personal life includes the value of family. I admire these directors because they also have a knack for finding talent and believing in their untapped abilities which leads to their big starts in the industry. Gary Marshall is someone who is known for creating smiles on millions of faces while integrating the importance of humanity and love for others. He is someone who can turn a simple story about a prostitute on the street, into a heartwarming and empowering story about a girl realizing she has the power to create the life she wants.  I have had the honor to work with Kenny Ortega (Hair, Newsies, Highschool Musical, Hocus Pocus, Gilmore Girls, & Julie and the Phantoms). He is extremely versatile with decades of creative work in dance, choreography, directing, and producing on live stage, tv, film & las vegas shows. He has a strong vision and creates magic and his collaboration elevates creativity all around him. Debbie Allen also is creatively versatile. Her career also includes dance, choreography but she also has acted and produced one of the longest running tv series, Grey’s Anatomy. She is definitely a female role model in an industry dominated by males inspires me.  Dwayne Johnson is someone I look up to a lot because of his hard work and dedication to his family and creating media across all platforms rooted in authenticity, strong storytelling, and passion. Johnson is versatile in the media he creates and the different industries he is in.

WILL YOU GIVE US SOME INSIGHT INTO YOUR PROCESS AS AN ACTRESS?
I am very new to acting but I strive to be as authentic as possible and live in the moment so all reactions are real. Like I do with everything, I try to take notes and suggestions well and not be afraid to try new things.

WHAT DO YOU THINK IS MOST IMPORTANT IN YOUR FIELD?
It is important that more females and women of color diversify the stories that have largely been directed by males.  There have been great films released that have moved us, inspired us and made us think and feel experiences we identify with or learn from.  The experiences and perspective of females can only add to the richness and diversity of films.

ANYTHING ELSE YOU WOULD LIKE TO SHARE WITH OUR READERS?
There isn’t any limit to what you can do. Try new things because you never know what will resonate with you and put you onto the path you’re meant for.

8 Things to Prepare in Advance for a Fishing Trip