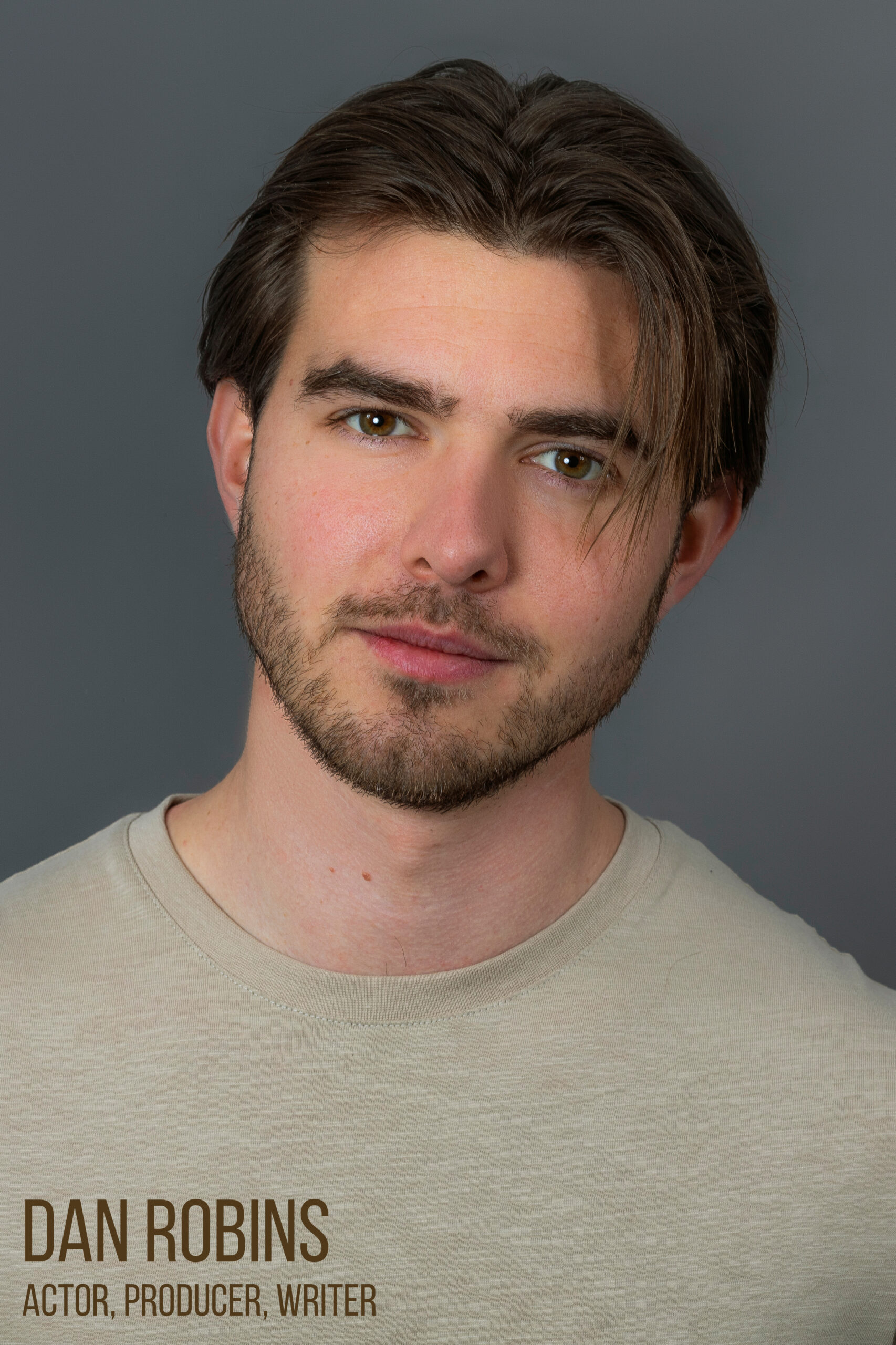 Dan Robins a British Actor, started his journey at 26, in the middle of the global pandemic and quickly began booking work, initially with smaller and lower budget features but quickly developed into commercials, new media and film productions, from lower budgets up to Hollywood blockbusters

He has played lead roles in features such as Amityville Scarecrow 2 with Proportion Productions, Viral Social Ad campaigns for several brands as well as working for several month as a part of the core team for Apply TV’s biggest budget mini-series as a Stand-In as well as a ‘familiar face’ feature actor which assisted in his development of his strong American accent.

We asked Dan what his most embarrassing on set experience was as a fresh actor – “My first job, back when I never thought I could make acting my life…I was on a production called Venus VS Mars, a comedy show back in the day on Sky Atlantic. They needed an Actor who also had bar experience…I was asked to walk around the corner to my bar space with the main Actors with a bottle crate…I turned the corner, lifted my head and stared dead pan down the barrel of the camera lens…my first ever take…ever…I was so red-faced and naturally the Director asked me to run it again, for obvious reasons!”

All his experience in such a short time has led to Dan now starting to develop his very own feature film following the stories of Michael (Played by Dan Robins) and Chloe (Played by Holly Prentice), directed by Tom Laxton. A teaser scene which was released as a ‘Proof of concept’ has led to several ‘short film’ award shortlisting’s at the time of this articles publishing. He is excited to create his first feature from scratch and develop his understanding further in the industry, in this case as an Actor, Producer & Writer, highlighting his adaptability and his capacity to deliver what is required of him.

He has been shown to be a very dynamic individual. With his style and work ethic, he enhances each Production he is a part of. The most inspiring and exciting part of his success is how far he has come without an Acting or Drama qualification, relying instead on real life experiences to provide an authentic and gritty acting style. He is however always open to growth and learning new skills and is therefore researching ‘Pay as you train’ acting schools, with RADA to get him ready to make the biggest impact he can in the competitive world of Acting.

Dan gave prospective Actors, raw talent and those looking to achieve in this industry a piece of advice before the end of our interview – “Always embrace those times you fail, make it you best friend, I have grown as an Actor and a person because of this, but you can only truly fail when you stop trying! Please also be patient with yourself — I am so hard on myself and would frustrate myself when it comes to learning lines for example, but, surprise surprise, take a guess what happened each time I got frustrated…I would struggle even more to learn lines! Connecting ourselves to a sense of calm is, in my opinion, the most efficient way to learn.”

How can flowcharts be helpful, and why should you use them?

Young Christian Artist Sam Pio Inspires Others Through Her Music