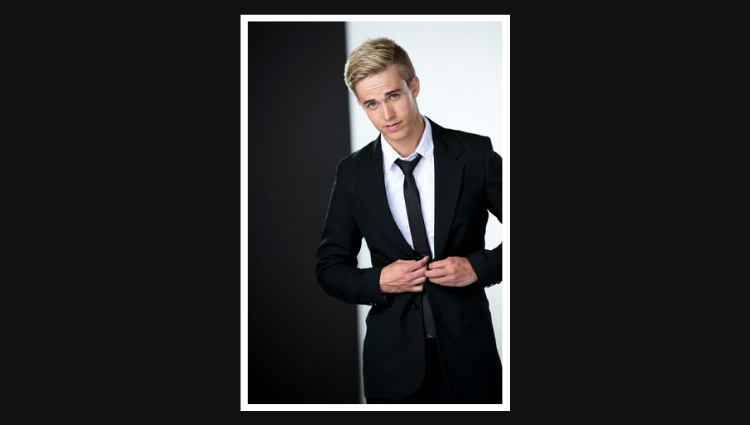 Dallin McKay is an Actor, Model, and Singer/Songwriter from Thousand Oaks, CA. He’s worked on music videos with artists such as PRETTYMUCH, HRVY, Why Don’t We, Demi Lovato, and Ariana Grande, and recently released his first Full Live Album “A&B (The Live Sessions)”. He’s also worked on set with Matt Damon and Christian Bale in James Mangold’s “Ford Vs. Ferrari” and you can see him leading in a movie that’s set to come out later this year: “Teenage Girl: Valerie’s Holiday”

HI DALLIN, WELCOME TO ABOUT INSIDER! HOW HAVE YOU BEEN?
I’ve been so great! Life has been pretty crazy the past year or so, but I’ve always loved coming up with creative ways to use my talents in a way that can help and uplift others.

HOW DID YOU START AND HOW WAS YOUR FIRST EXPERIENCE IN THE INDUSTRY?
I started in the same way a lot of people do, just learning how to play music and finding that I had a real love for it, and taking videos on my own and posting them not thinking that anyone else would see them. I guess the one thing that I would say was strange about how I started was just how sudden it was, I went from having a lot of stress and frustration in my life and kind of hating music, to suddenly finding peace and joy in music and being able to understand music within just a matter of weeks.

My first experience actually in the Industry and not just on music videos that I’d shoot on my own with my friends was surprisingly my first lead role in a movie called “Teenage Girl: Valerie’s Holiday”. I remember I was at a Week-long Triple Threat Intensive at the Rage and became really great friends with one of the girls and her Mom and they told the casting director about me and he loved my audition and decided to fly me out to Texas for it!

ACTING TO SINGING IT’S QUITE A TRANSITION, ISN’T IT?
Honestly, I love the contrast! People always ask me “if you could only choose one, what would it be?” And for the longest time I’d always thought that it was Acting, because I loved the feeling of working with other talented people to create something so much bigger than any of you, and because people ALWAYS need actors of any age! So no matter how old I get there would ALWAYS be a role that I could play. But one day I realized something, any time that I ever got any money from work or from acting or anything at all, I would always put it into making more music and getting back in the studio, because in the end THAT is what I love and what I can’t live without.

Somebody once told me “Love is Sacrifice”, whatever we would sacrifice more for, that is what we love more. In the end, if I made it as an Artist I would be completely fine if I never got to act again, but if I made it as an actor, I’d continue making music on the side every day that I could.

HOW DOES YOUR BACKGROUND AS AN ACTOR INFLUENCE YOUR WORK AS A MUSICIAN AND THE OTHER WAY AROUND?
As an actor I’ve learned the importance of understanding your craft and depending on others, whereas in Music I’ve learned the importance of creativity and keeping the energy and vibe going. I think that a lot of what I’ve learned as an actor has helped me to become more open-minded and more aware of all of the little things going on in everything, even my music, and Music has helped me to be more independent when needed and it’s helped me to see that the most important thing in everything that I do, especially acting, is helping people to feel something.

WHAT IS A RANDOM FACT ABOUT YOURSELF THAT YOU CAN SHARE WITH US?
Well, this is definitely random, but I have a lot of weird hobbies that most people wouldn’t expect. I’ve competed at State Chess Tournaments 3 or 4 times, I can solve just about any Rubik’s cube that you give me (even the huge ones), and when I was 15 I once broke the World Record for the most One-Handed Claps in a Minute (345 at the time). Oh and I can lick my elbow, which is supposedly physically impossible.

IN FIVE YEARS FROM NOW, WHERE DO YOU SEE YOURSELF AND YOUR CAREER?
To be completely honest, family has been one of the most important things to me, and in five years from now I’d like to be at a point where I can support a family on my own. One thing that I know is that in five years I’ll still be honing my skills and creating things to uplift others, because that’s what I’ve done for the past 10 years and it’s always been what makes me the happiest.

ANY UPCOMING PROJECTS YOU CAN TALK ABOUT?
I just recently worked on a movie called Witnesses, it should be coming out nationwide later this year!

I’ve also recently decided to go back to College at least until the pandemic starts to clear up a little bit more. I’m going to be attending my first year at BYUHawaii this Spring!

ANYTHING ELSE YOU WOULD LIKE TO SHARE WITH OUR READERS?
There are three things that I’ve seen make the difference in the entertainment industry, both during the Pandemic and before CREATIVITY, CONSISTENCY, & COMMITMENT.

Stay Active, be quick to hop on projects, & work with people that will push you and hold you accountable.

LASTLY, WHERE CAN PEOPLE FIND YOU ONLINE?
The best place to find me is on Instagram @dallinmckayofficial. My favorite thing in the world is getting to know people, so feel free to DM me!