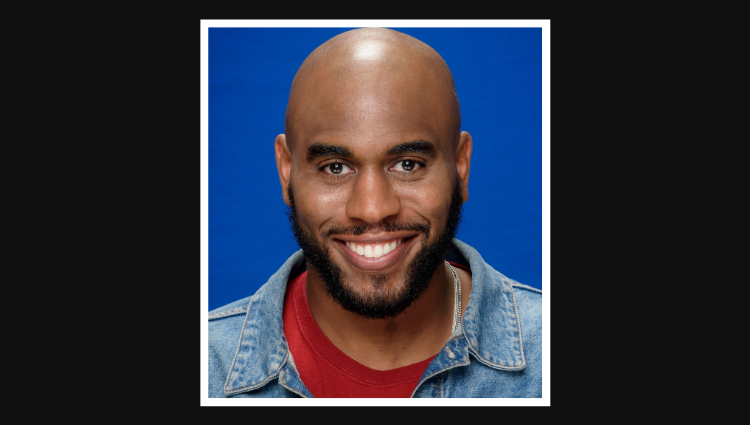 HELLO PRINCETON DRAKE, THANK YOU FOR YOUR TIME! CAN YOU INTRODUCE YOURSELF FOR OUR AUDIENCE?
Hello everyone, thank you for having me in today. I am so honored to be here and excited to be chatting with you all. My name is Princeton Drake, I am a professional working actor, writer, producer, and acting teacher located in Huntsville, Alabama. I have over a decade of acting experience, and can be seen in movies, television series, web-series, music videos, and stage performances all over the Southern region of the United States. I was born and raised in Huntsville, Alabama. I enjoy working in the entertainment industry and helping others break into the industry. I graduated from the University of West Florida in Pensacola, Florida where I majored in Telecommunications and Film and minored in Theatre Arts, with an Acting concentration.

WHEN DID YOU REALIZE THAT THIS IS THE FIELD THAT YOU WOULD WANT TO EXPLORE?
I was about fourteen years old when I realized that this was the field that I wanted to explore. It was at this age that I started saying out loud that I wanted to be an actor. I did not become an actor until the age of twenty-one. I was a college student and I had booked a role in the ensemble in the JSU stage adaptation and stage production of Sarah Ruhl’s Eurydice. Then at age twenty-five, I booked my first professional acting job.

HOW DID ACTING CHANGE YOUR LIFE?
When I was a kid, I really enjoyed entertaining people and making them laugh. I was the little kid always making jokes, always dancing around, and pretending to be someone else. Now that I think about it, I was super artistic and even acting back then, but did not fully understand what any of that meant until I was an adult. I have always loved the arts of dance, music, acting, and entertainment. However, in my experience and being told as a child that those things were not real jobs, was devastating. I grew up in a city where most people pursue careers paths in engineering, nursing, teaching, you get a good government job, or you go to the military. I was told those are the careers that will bring you the most money and a happy life. However, for me I had other dreams. Acting and entertaining others is just who I am to the core of me; and so, I took a leap of faith, changed my career path from nursing, to film and acting. Making  the decision to become a professional actor and to be cast for work in the entertainment industry has been such a life changing/rewarding dream for me. Every day I get to live my dream. Every time that I book a role or work on a production, it is like I have won the lottery. I am so fulfilled when I book a role and when I have an opportunity to perform on set or stage. I have turned my acting desires into a reality, and I am only getting started.

YOU ARE ALSO A ACTING TEACHER, CAN YOU SHARE US SOME OF YOUR EXPERIENCE AS BEING A TEACHER? HOW WAS THE TRANSITION FOR YOU FROM BEING AN ACTOR TO ACTING TEACHER?
Working as an actor will always be my first love. My desire to teach started in 2012, when I was in college students at UWF. I took a theatre management course, and in that course, I had to complete a project where I was the owner and Executive Director of my own performing arts studio. Before that course, the idea of teaching acting and owning my own studio never crossed my mind. I knew at that point in my life, I wanted a professional career as an actor but teaching and owning a studio was something new that sparked my interest. In 2013, my interest continued to grow, when I was an intern  at an acting studio and saw how a studio was run/operated and how the students responded to the acting teachers. In 2014, I started coaching actors and helping them with their self-tape auditions and the teaching came natural to me. Fast forward six years later and Divine Legacy Conservatory (Performing Arts and Film Production Studio) was created. When I am teaching acting to my students at DLC, I become a different person and go into a different mode. Anyone who knows me, knows that I am a believer in people. I want everyone to be successful and win in life, no matter what career path they have chosen. However, I have a soft spot for those individuals and students desiring to work in different artistic fields and work in the entertainment industry. When I am teaching, I get to share my heart and experiences with my students. I get to serve them and help turn their dreams into a reality.

ANYTHING IN WORKS THAT YOU CAN TALK ABOUT? ANY EXCITING NEW PROJECTS?
At the moment, I am not booked for any up-and-coming acting projects. Due to Covid-19, work in the entertainment and film industry has slowed down quite a bit. Although, I have been getting auditions amid, the pandemic. I have not booked a project since the beginning of December 2020. The last project I work on was a radio drama called, Journal Against The Unknown.” Written by Anthony David Coleman and Lee Fanning.

WHERE CAN OUR READERS FIND YOU ONLINE?
I can be found on Facebook at Princeton Drake. I am on Instagram as @iamprincetondrake. You can also view my previous acting work on imdb.me/PrincetonDrake.

Haleh Mashian And Her Journey To Global Success With Mash Gallery