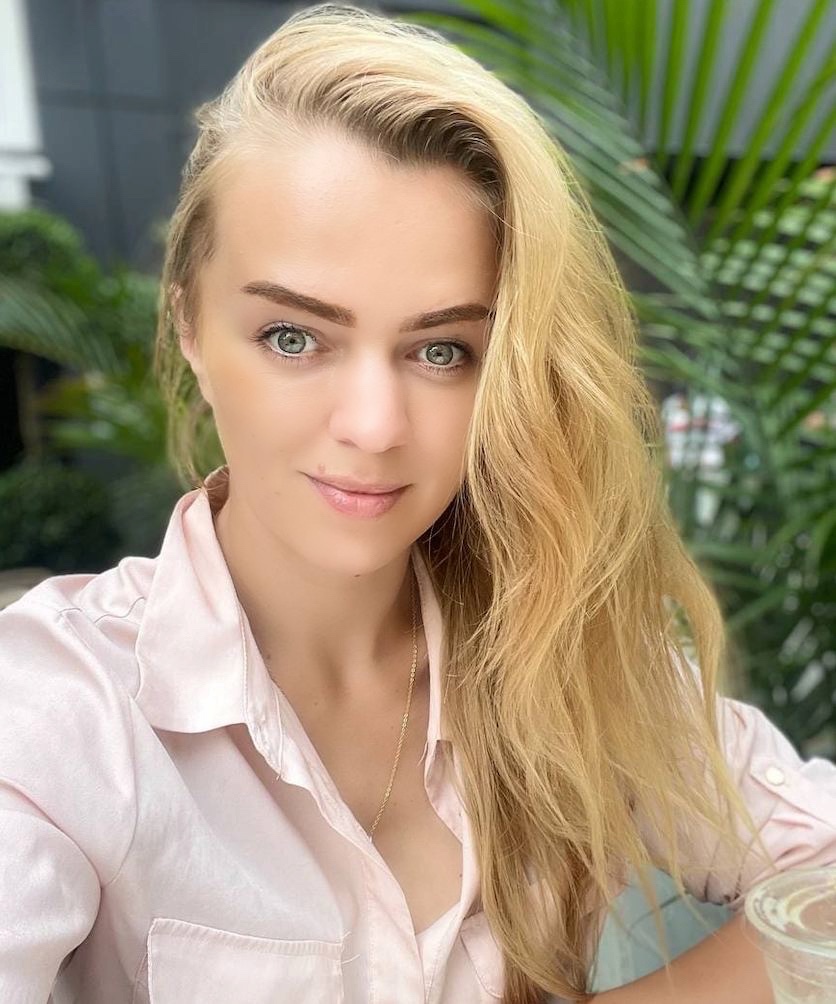 HI! THANKS FOR TAKING THE TIME TO CHAT WITH US! CAN YOU TELL US A LITTLE BIT ABOUT YOURSELF, WHO IS YANA IN YOUR OWN WORDS?
Hello, my name is Yana Brenar I am a professional clinical psychologist. I was trained in many aspects of psychology such as Cognitive Behaviour Therapy., Gestalt, Positive psychology and many more. I am helping women from all over the world and giving recommendations on how to deal with toxic, narcissistic relationships, and how to deal with difficult people. You can always reach out for my advice, including my Instagram or telegram.

Why am I doing this? Just because I am originally from Russia, and light abuse is part of the culture, which is absolutely unacceptable. In Russian folklore, you can find sayings “ if he’s hitting you, means he’s loving you” or “ hit a woman with a hammer, she will become a golden woman” the meaning behind that is that the more you hit the nicer she will be. And many women do suffer in silence or accept it as part of their life. That is why while living in Canada with my family and 3 kids, I do try to reach out to those women from my native country. I want and I am able to make a change specially during COVID19 times and lockdowns, we can see more domestic violence including emotional, and physical as well.

So I promised we will talk about the people with narcissistic personality disorder today, (NPD), let’s start with the definition. “Narcissistic personality disorder (NDP) is defined as comprising a pervasive pattern of grandiosity (in fantasy or behavior), a constant need for admiration, and a lack of empathy, beginning by early adulthood and present in a variety of contexts, as indicated by the presence of at least 5 of the following 9 criteria:

* A grandiose sense of self-importance
* A preoccupation with fantasies of unlimited success, power, brilliance, beauty, or ideal love
* A belief that he or she is special and unique and can only be understood by, or should associate with, other special or high-status people or institutions
* A need for excessive admiration
* A sense of entitlement
* Interpersonally exploitive behavior
* A lack of empathy
* Envy of others or a belief that others are envious of him or her
* A demonstration of arrogant and haughty behaviors or attitudes

So if you have 5 out of 9, that means yes, you are dealing with this person and you are the resource for this person.!” (https://www.nyu.edu/gsas/dept/philo/courses/materials/Narc.Pers.DSM.pdf)

This pathology of personality is not just a bad trait or mood etc, it is a diagnosis.
Some people use the word “narcissist” in daily life with different meanings to describe someone who’s enjoying taking care of himself or looking at the mirror often, but it has nothing to do with NPD diagnosis, and you will see later why.

Statistics says that we are talking about approximately 5% of population who narcissistic personality disorder, but “Narciss” will never consider himself as a person with disorder, and will not seek for the therapy, therefore we can not be sure in the real numbers. Even if the partner will try to initiate this conversation with a narcissist that he may need or may benefit from talking to the psychologist or psychotherapist, most likely it will end up with scandal instead of going or seeking help.

HOW THEY SEE THEMSELVES

People with narcissistic personality disorder (NPD) are in love with idealistic grandiose images of themselves. And they are in love with this exaggerated self-image precisely because it enables them to escape a deep sense of insecurity. But in order to keep this image of grandiosity, they need to be resourceful, and this is where manipulation, gaslighting and toxicity in relationships with people come into play. People with narcissistic personality disorder are self-centered, lacking empathy and attention for others, and depend on praise and infatuation. They can be described as overly confident (which is not so true, more insecure instead), manipulative, selfish, and overly demanding. This way of thinking and behavior manifests itself in all areas of the narcissist’s life, from work and friendship to family and love relationships.

IT’S NOT JUST PERSONALITY – ITS THEIR BRAIN

You should also know that these people have no empathy (like at all on the physical level). People who suffer from narcissistic personality disorder, which is characterized by extreme arrogance and self-absorption, have structural abnormalities in a region of the brain that has been linked to empathy, a new study finds.

Researchers used magnetic resonance imaging to scan the brains of 34 people, including 17 individuals who suffer from narcissistic personality disorder, and found that pathological narcissists have less gray matter in a part of the cerebral cortex called the left anterior insula. Gray matter is primarily composed of neuron cell bodies and non-neuron brain cells that provide nutrients and energy to neurons, rather than sending and receiving information.One of the key traits of pathological narcissists is their clear lack of empathy, said Stefan Röpke, a professor in the department of psychiatry at the Charité – Universitätsmedizin Berlin in Germany. Generally, these patients are able to recognize what others feel and think, but outwardly exhibit little compassion. [The 10 Most Controversial Psychiatric Disorders]

THEY HAVE NO EMPATHY

So when I say they have no empathy, I really mean it. They use others, especially in partners (family) in order to feel better about themselves. They will underestimate you, devalue your every effort, if you are sharing your work achievement they won’t be celebrating with you, they will either laugh about it or belittling you. If you imagine a situation, where there is a housewife/ or stay-at-home mother with kids, he will consider this woman, not like “Thank you God for such a great woman”, but more in a way, “you are sitting at home and doing nothing”, “you can ruin even simple cooking “, “so tired of seeing you getting fatter and fatter”, “you have no brain, what would you do without me”… So probably you got the idea, they will never say how they appreciate you or happy for what you achieved. But outside of the family they can act pretty nicely, just because of their cognitive skills, if they don’t feel, doesn’t mean they don’t understand, they really do learn when it’s better to start sugarcoating their boss in order to get a promotion, or what to say when their girlfriend is ready to run.

There are many different variations and types of people with NDP: grandiose, hidden, somatic, sexual etc. This time I will touch the most common form, and what you can expect to see while dealing with it.

Those people can be described as someone with overestimation of their abilities, an exaggerated sense of self-esteem and, in fact, an unrealistic sense of their own superiority over other people. At the same time, grandiose narcissists can be charming, especially at the beginning of the relationship but they often lack compassion. They demand attention, and they like to see others hurt and confused.

The First idea that has to be said is that if they decided to date you, they probably did their estimation part and seeing you as a resourceful individual, you look like a superstar, or have a great career, or be very creative and talented. And as the relationship goes further, many victims will find that they were cut out from their job, career, social circles. People with NPD can be a true and genuine manipulator, one day they will tell, you how great is your career, next day they will tell you you have to leave because they want to have family, and once you don’t have career you will hear that you are nothing and dependent from them, that’s why has to do whatever they say, or they imagine, and some women ending with learned helplessness.

Their scheme in relationship is pretty much predictable, they usually leading their victim through the several stages:

– idealisation (when they are the most precious people, so attentive, surprising, will call 10 times a day and ask how you feel, how is your day going, you will go through the SUGAR Show with them at this stage, at this stage you will feel like knew him all your life). BEST RELATIONSHIP has to take time and develop over time. NO RUSH.

– devaluation (they may disappear with no reason, stop answering or writing to you, so after they come back you will be totally confused about the situation, and if you start to ask questions, about where they were, why they didn’t reply – you may get some “gaslighting shot” when he/she will turn the whole situation upside down, and you will feel guilty in the end). In HEALTHY RELATIONSHIP people do hear each other, speaking about their emotions openly without aggression.

– disposal (once you will be no longer resourceful, and completely ruined mentally, they can easily move on with new relationships, but there is an interesting story going on, that once you recover from all this emotional distress, may be re-started career, or newly establish yourself, they can start “pinging” by checking to see if you are still available, and then the whole round will start over again from idealisation and so on and so forth.

So be careful, once you make a decision to get out of it. Never look back, never reply back, if you have children together, try to communicate via email to make sure you have all the messages stored safely.

Dilyer is poised to take over the internet with “ SOVEREIGN D” on the 8th of October!!