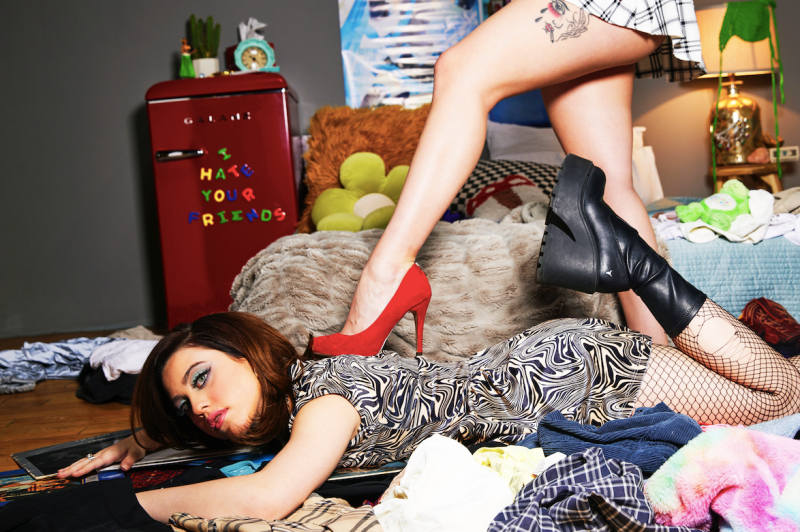 Victoria Alex, a native of Toronto, began her fascination with music at the age of eight and hasn’t stopped since. Her work is influenced by the music of the 1980s, drawing inspiration from artists as diverse as The Offspring, U2, Wings, The Eagles, Tame Impala, and Fleetwood Mac, to mention a few. Victoria was also a former contestant on the inaugural season of CTV’s The Launch, and Boy George mentored her throughout her career. She has also been spotted traveling and singing around Canada, as well as visiting schools to raise awareness about the effects of mental illness and bullying on children.

Her debut project, ‘Screaming,’ signified the rising talent’s entrance into the music industry. Her flawless delivery is immediately apparent, and it creates an indelible effect on the audience. The song was accompanied by a high-quality video that showcased Victoria Alex’s musical prowess.

Produced by Dutch Revz, ‘I HATE YOUR FRIENDS’ will be accessible for streaming on all music platforms, including Spotify, on May 6. Follow Victoria Alex on Instagram and on her official website to receive real-time updates on her upcoming projects.

A Full Guide on Preparing Your Business Premises for Summer Heats

Will a business or management degree advance my career?